Office - Season One, The 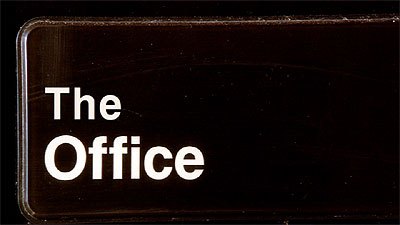 
The Show
Offices have been the setting for more comedic premises than almost any other workplace, at least partially because one has to have a sense of humor to survive its mind-numbing boredom. But few movies or TV shows have been willing (or perhaps capable) of expressing just how inhuman offices can truly be, instead showing them to be happy places with occasional inconveniences. Then came Ricky Gervais and Steve Merchant's brilliant BBC mockumentary series, "The Office." Gervais' David Brent made life miserable for his staff and great for viewers who could enjoy the pain of Brent's minions from a safe distance.

For fans of the series, news that NBC would be attempting to recreate the magic of "The Office" for American audiences was greeted with emotions ranging from disinterest to sheer anger. After the disaster that was the import remake "Coupling," expectations for "The Office" were lower than those of any show in recent memory. Those expectations were blown apart once the show hit the air, taking the concept of the British original and creating a show that's smart, dark and highly funny.

All of which meant the ratings were dismal. Americans don't like to be uncomfortable, especially when they are told they are supposed to be laughing. But "The Office" is all about being uncomfortable, as that's what makes the show funny. Instead of ending a scene on a punchline, the show waits a moment longer, until everyone, including the viewer, is shifting in their seat. The result is funnier than anything a laughtrack could punctuate (a sitcom staple that's thankfully missing here.) 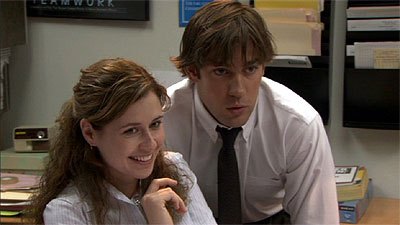 The show centers around Michael Scott, a regional manager at a Pennsylvania paper supply company, played by Anchorman stand-out Steve Carrell. Carrell, possibly aided by years as a fake reporter on "The Daily Show," can project a sense of respectability that's mixed with pure stupidity. That's important in portraying Michael, who has to be believable as the boss, but also completely worthy of his workers' contempt. Carrell has that act down cold.

While Gervais' boss character was often the best part of the show in the British version, the cast is so uniformly wonderful in the U.S. edition that it's hard to pick someone as the best part of the series. It's tempting to choose the show's hero, a salesman named Jim (John Krasinski), as he's the one to "stand up to" Michael more often than not, but then one of the villains, oblivious nerd Dwight (Rainn Wilson), will do something eminently laughable to steal the spotlight.

As the show was shot in a mockumentary style, with help from veteran documentary editor Kathryn Himoff and This is Spinal Tap cinematographer Peter Smokler, who provides some truly beautiful faux-documentary camerawork, there's action going on constantly in the office and tons of storylines to follow, which makes for a show that's far from the ordinary Point A to Point B show. Subplots like the burgeoning relationship between Jim and office receptionist Pam (whose fiancé Roy works in shipping) and the possibility of downsizing in the company help prevent the show from getting bogged down in sitcom formula.

There are plenty of hilarious moments in this first season, but two stand out above the rest if you're looking to sample the series at its best. In "Diversity Day," Michael comes up with a way to teach his staff about tolerance, by making them put cards with various races written on them on their foreheads. The employees then have to treat each other as if they are that race. Of course, this only encourages intolerance, and leads to some spectacularly uncomfortable, yet funny moments.

While that's enjoyable, "Health Care" might sum up the show perfectly, as Dwight gets assigned to pick a health care plan for the employees, because Michael doesn't want the responsibility. What follows is a war between the staff, led by Jim, and Dwight, who cuts their benefits to the bone. One exchange, about the difference between a vagina and a uterus is so insanely ridiculous that I defy you not to laugh at the poor staffer forced to explain it. This episode does everything perfectly that makes "The Office" such a unique and enjoyable show for those who can laugh while cringing. 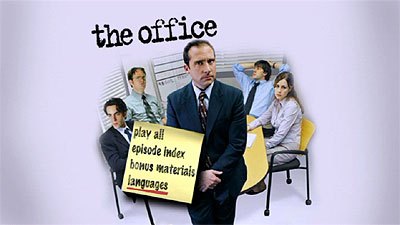 The DVD
There were only six episodes of "The Office" in the first U.S. season, matching the British series. They are collected on one DVD, which comes packaged in a standard keepcase with a promotional insert. The disc has a static anamorphic widescreen menu, with options to play the entire season, select episodes, view bonus materials and adjust the languages. The episode selection menus include a plot summary, the original airdate and the main menu choices. There are no language options or closed captioning, but subtitles are available in English and Spanish.

The Quality
Thankfully, Universal didn't skimp when bringing this series to DVD, as the episodes are presented in beautiful anamorphic widescreen. There are some hiccups along the way, including an odd transition that's overly grainy, but for the most part, the video is solid, with dead-on color, excellent detail and a near-complete lack of dirt, damage and video noise. When shown on TV, unless viewed in high definition, thse episodes really didn't look this good.

The sound for these episodes doesn't impress the way the look does, with only Dolby Digital 2.0 tracks available for each episode, but there's nothing wrong with the audio. The dialogue comes across crystal clear, when it's supposed to, which helps the documentary feel of the show.

The Extras
While there are just two extras listed, they make for almost three and a half hours worth of extra entertainment, bringing the total package up to over six hours of comedy. The biggest bonus would be the five commentary tracks, which are found on four episodes. The pilot gets two tracks, one with Steve Carell, John Krasinski, Rainn Wilson and BJ Novak, while the other features Krasinski, Wilson and Novak again, along with Jenna Fischer, Greg Daniels and Ken Kwapis. "Diversity Day" has Carell, Krasinski, Wilson, Novak and Daniels, then Carell leaves, and Larry Wilmore, Paul Lieberstein, Mindy Kaling and Michael Schur join the group for "The Alliance." The final commentary is on "Basketball," with Carell, Krasinski, Wilson, Novak and Daniels.

The tracks feature a ton of background info about how the show was shot, which is definitely a unique technique among network sitcoms. The cast and crew have plenty to talk about, from the writing to their acting to the design of the set and sponsors' reactions to episode content. They also have fun with their commentaries, cracking jokes often. It's interesting to hear them talk about the original British series, as there are plenty of ways the shows contrast and compare with each other.

Almost an hour of deleted scenes are included on this DVD, and unlike the majority of such material, most of these could be put back in without negatively affecting the series. There's some seriously funny comedy in these excised moments, most of which seem to have been cut for time purposes only. They can be viewed in one large group, or by episode. 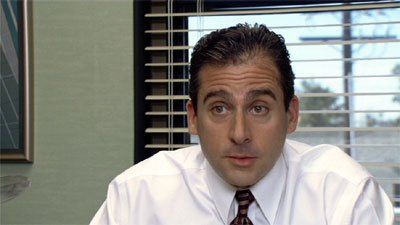 The Bottom Line
After spending the first episode following closely to the series' UK inspiration, the series found its own spirit, cranking out five extremely funny and very uncomfortable looks at life in the soul-destroying world of office work. Led by Carrell's authoritative loser, the cast is perfect in their roles, delivering in each and every scene of this unusual show, and the DVD set, thought light on episodes, with just six in the first season, has very good audio and video quality and some nice extras. If you missed the show on TV, make sure you check it out on DVD, and fans of the show will enjoy another chance to see these episodes along with the bonus material.