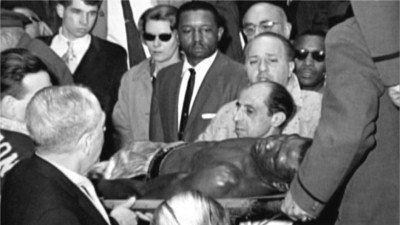 Emile Griffith remembers 1962 very well. He squared off against welterweight champion Benny "Kid" Paret on March 24th---the third time in less than a year---and regained the title after a grueling 12-round bout. Paret had been knocked unconscious in the corner long before referee Ruby Goldstein stopped the fight, so those in attendance knew his condition was serious. After slipping into a coma, Paret died in a hospital bed the following week. It was the first time such an event occurred on the relatively new medium of television, but the resulting backlash ensured that boxing wouldn't be seen on free TV for roughly a decade.

Emile Griffith doesn't remember 1997 very well. His mother died that year, but he can't seem to recall how. The six-time welterweight champion had been mugged some five years earlier on a Manhattan street and nearly died of the resulting injuries, gradually recovering while spending more than a month in the hospital. He still suffers from back pain, but the near total loss of his short-term memory left him struggling with the past and present at the same time. Having left Paret's wife without a husband and her young son without a father, Griffith's biggest fear of his adult life was facing the people he affected most. 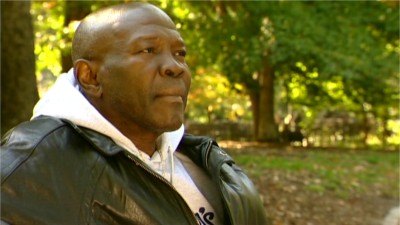 Even so, he's not a violent man. His calm demeanor and generous nature are evident during Ring of Fire (2005), a fascinating documentary about Griffith's triumphs and failures both in and out of the ring. Friends and colleagues describe him as a good-natured kid who was reluctant to fight, but it's through the words of Griffith that we see a man who got in over his head by becoming a professional boxer. There were perks to the job, of course: he was able to bring his large family over from the Virgin Islands and buy them a house, and he obviously enjoyed the love and respect of fans and fellow athletes. Even so, you can tell his heart was never really in the ring. He may have been physically built for the sport, but his mind seemed to be elsewhere most of the time.

Filmmakers Dan Klores and Ron Berger do a fantastic job of keeping this documentary on the right track. It's an objective account of the boxer's life and times as told by his family members, friends, trainers and, of course, Griffith himself. His ambiguous homosexuality---which is hinted at, but never confirmed directly---can't help but be mentioned several times; after all, it may have very well been the direct cause of several life-changing events (Paret made several homophobic slurs before their final fight, and Griffith's 1992 mugging may have been a hate crime). Even so, the filmmakers don't dwell on this issue for too long, choosing instead to focus on the effects rather than the causes. Griffith's fear of confronting Paret's widow and son is partially resolved during the emotional conclusion, when the retired boxer tearfully asks for the young man's forgiveness. It's a genuinely moving scene, made all the more potent by the lack of a script. This is the real deal, folks. 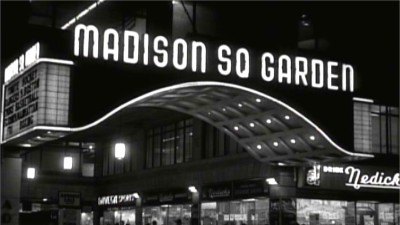 Klores and Berger smartly keep themselves out of the picture, relying more on sound bytes and old television footage instead of traditional narration. The footage itself is perhaps the film's greatest strength; from the infamous 1962 fight to an assortment of old newspaper clippings, Ring of Fire is loaded with historical context that paints a detailed picture. Even better, the documentary takes its time but knows when to quit: at just under 90 minutes in length, it remains lean and interesting from start to finish. If you're too young to remember his career as it panned out, don't worry---this recommendation comes from someone who wasn't born until after Griffith retired.

After a low-key but successful theatrical run---including a Grand Jury Prize nomination at Sundance---Anchor Bay has unleashed Ring of Fire with a solid DVD treatment that does the film justice. This one-disc affair features a strong technical presentation and a small handful of interesting bonus features, making it a solid blind buy for any sports or documentary fanatic.

Presented with a pleasing 1.85:1 anamorphic transfer, Ring of Fire looks better than most documentaries that find their way to DVD. While the vintage newsreel and television footage certainly looks its age, newer interview clips are bright, sharp and colorful---it's quite a contrast. There are a few hints of edge enhancement here and there, but this is still a very solid visual presentation from top to bottom. I'd have preferred if the older television clips wouldn't have been cropped (and occasionally stretched) to fit the widescreen aspect ratio, but this is a minor nitpick at worst.

The audio is perfectly fine despite its limited nature: older footage sounds about as good as possible, while newer interview clips are…well, interview clips. Even so, this Dolby 5.1 Surround mix comes through clean and clear, even displaying a moderate amount of ambience and atmosphere on occasion. No subtitles are provided, but Closed Captioning is available if your television supports it. 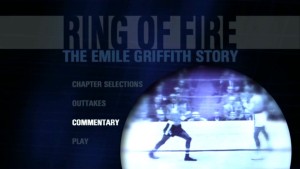 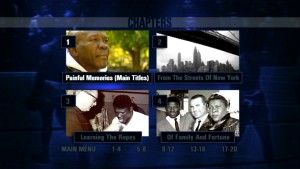 Menu Design, Presentation & Packaging:
The basic animated menus (seen above) offer a simple layout and easy navigation. This 87-minute film has been divided into 20 chapters, while no layer change was detected during playback. The packaging is nicely done, as this one-disc release is housed in a standard keepcase tucked inside an attractive slipcover. An insert booklet with an essay by co-director Dan Klores is also included.
Bonus Features:
The bonus features for Ring of Fire are relatively short and to the point but still complement the film well. Viewers are treated to a feature-length Audio Commentary with filmmakers Dan Klores and Ron Berger, who go into detail about their personal experience with the film and their memories of Griffith and the boxing world while growing up. Klores and Berger seem very comfortable sharing the track; while the former does most of the talking, they do a great job feeding off of each other's stories. The second and final supplement is a series of twelve Deleted Scenes and Outtakes (17 minutes total), featuring words from his brother Franklin, his "adopted son" Luis Rodrigo, Howie Albert and including topics such as his home life, his failed marriage and even a fixed fight with Ruben "Hurricane" Carter. While not quite exhaustive, it's an appropriate mix of goodies that fans should find interesting.
Final Thoughts

It's always nice when a documentary hits you out of nowhere. Ring of Fire not only sheds a bit of light on one of boxing's most infamous events, but it does so with plenty of style and class. Emile Griffith's story of success, frustration, loneliness and redemption will strike a chord with any sports fan, no matter what year they were born in. Thankfully, Anchor Bay has really delivered the goods with a satisfying DVD package; from a fine technical presentation to an interesting little mix of supplements, Ring of Fire is one of the year's most pleasant surprises. Highly Recommended.