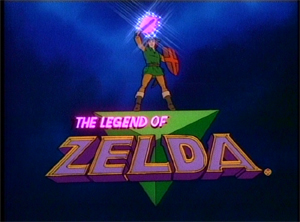 Unless you grew up in the 80s, chances are good that you have never seen The Super Mario Brothers Super Show from 1989 (lucky you). The show featured live action host characters for Mario (Captain Lou Albano) and Luigi (Danny Wells) plus animated adventures from the Super Mario Brothers games. Being a Nintendo fanboy back in the day, I frequently tuned in to check it out and also to catch The Legend of Zelda cartoon.

As any videogame diehard will tell you, The Legend of Zelda is one of the most revered series in existence. Created by the genius Shigeru Miyamoto (who was the man behind Mario) the franchise follows the adventures of a young hero named Link in his quest to save the kingdom of Hyrule and rescue the Princess Zelda. His original exploits were released here in America back in 1987 for the Nintendo Entertainment System and since then we have seen over ten follow-ups. Each time, the series tries to reinvent itself to provide a fresh experience involving the classic concept and the upcoming title, Twilight Princess looks to be following that same trend. 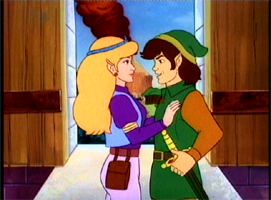 Thanks to Shout Factory, the complete collection of Zelda animated adventures is being released on DVD in a three disc box set. With fond memories of the show I figured it couldn't hurt to take a trip down memory lane and relive some of my childhood afternoons. Boy was I wrong.

Looking back on it now I realize that the show is little more than a horrid, glorified commercial for Nintendo. This is B grade television at its finest with more cheesiness than you can shake a moblin at. The Legend of Zelda is idyllic of adventure cartoons from the 1980s, with the villain doing something bad, the hero saving the world and everything going back to normal at the end of the day, all so they can do it again tomorrow.

Compared to what the Zelda game franchise has become; this is an insult to the characters and something that I find hard to believe that Miyamoto would have approved back in the day. Granted at the point in time that the show was created the characters of Link, Zelda and Ganon hadn't really been fleshed out. Let's just be glad that they didn't end up this way because if the fact that the show was only around for thirteen episodes is any indication, it just doesn't work.

The basic concept here is that the kingdom of Hyrule and Princess Zelda control the Triforce of Wisdom. It is guarded in a tower by a young Hylian named Link who is portrayed as a brash womanizing egomaniac that walks around reeking of arrogance. He carries the Master Sword which comes in handy to stop Ganon and his evil minions from grabbing the sacred treasure. If Ganon gets his grubby hands on the Triforce of Wisdom and combines it with his Triforce or Power, then it's game over for Hyrule. 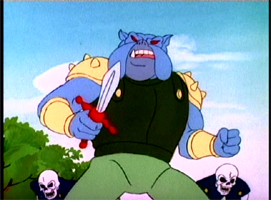 Sometimes Link gets outwitted by the evil wizard though, and that's where Princess Zelda comes in. While many of her incarnations in the games are portrayed as helpless, the animated series features her being as competent a warrior as Link. The two form kind of a dynamic duo when it comes to zapping moblins, stalfos, and octoroks. Zelda is often prudish and likes to play hard to get with Link since he's always looking to get a kiss from her.

Joining the two in their journey is a tiny fairy named Spryte who is similar to Navi from the Ocarina of Time game. She's got a crush on Link and flutters around squealing in a high pitch voice while sprinkling fairy dust everywhere. She's kind of just a toss in support character that never appeared in any of the games and is often there for comic relief.

The big villain on campus is Ganon, who is often portrayed in games as Links nemesis as well. In the games he provides a great challenge and will give you a run for your money, but in the animated series he's little more than a nincompoop. It's borderline insulting seeing one of the more influential villains from any game franchise in a manner such as this. His character is your typical scoundrel from the 80s and does everything but say, "Curses, foiled again!" 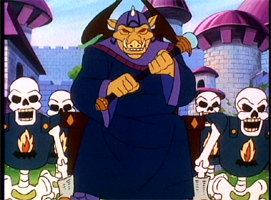 During the course of watching the thirteen episodes, you will be subjected to all manner of terrible things and a ton of camp. I suppose that's where the series finds most of its charm, since the episodes are so bad at times that they're almost good. The often used sarcastic phrase, "Well Excuuuse me, Princess" has become a part of gamer culture thanks to the show, but that is probably its best contribution to society.

If you doubt me on the quality of the Zelda animation and profess to fond memories of The Super Mario Brothers Super Show then you're in for a treat. As proof of how horrible the show was, there are some snippets tossed onto the disc for some unknown reason. Each episode of Zelda features the Super Show's opening and closing introductions complete with the 80's Mario rap theme song. A couple of episodes even have some live action skits tossed in for good measure.

Yes, it's safe to say that after watching this collection I am embarrassed to admit that at one point I enjoyed this show. Only true-blue fans of the game series will even want to remotely think about checking this box set out. If that's you, I hope you are prepared to be subjected to one of the worst game cartoons ever conceived. This is certainly one rocky trip down memory lane that I wish I hadn't taken. 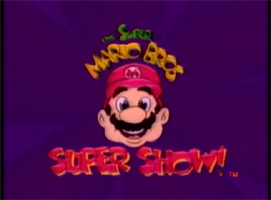 The Legend of Zelda is presented with the 1.33:1 full frame ratio that it originally aired with back in 1989. During my time with DVD I have seen some fantastic transfers and clean up of material from years ago, unfortunately this is not an example of that. The video here is barely even VHS quality and is riddled with flaws. There is a ton of grain in many scenes as well as some cross coloration and even a washed out looking image. Outdoor and indoor environments are covered with a severe amount of speck and dirt in the picture. Many times there are also soft edges and everything has a slightly blurred appearance.

The show also has quality control issues apart from the digital transfer. The animation is about as poor as it can get and there are several shortcuts that are taken. An example of the low quality is present in a few scenes where some character's hair changes color from frame to frame. It's almost like they forgot that someone was a brunette and accidentally colored them blonde.

Only a slight step up from the visual department is the audio. The DVD is presented with a 2.0 English transfer and sounds pretty much like you'd expect a 2.0 track from the 80s to. I noticed only a few moments of dropout and hiss on the track but otherwise it sounds alright, though it's nothing to really right home about. I had forgotten how much the show emulated the game thanks to tons of sound effects and it even uses the beloved theme song from time to time.

While the box set features some bonus material, I wouldn't really call them "extras". They are more like distractions since they provide no real entertainment value or worth to the material presented here.

There are some clips from The Super Mario Brothers Super Show which feature the live action Mario and Luigi. These skits are filled with sound effects from the Mario games and canned laugh tracks. The funny part is that the only amusingly aspect to any of these is how absolutely horrible they are. It's painful to sit through these so unless you're a glutton for punishment you're better off not bothering.

A couple of DVD-ROM games have been added as well but like I said, these are more of a distraction than a real extra. I did, however, like the character sketch gallery that was included on disc three. While the artwork for the show isn't anything to write home about, I always enjoy taking a look at sketches and conceptual artwork. 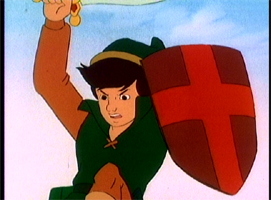 To say that The Legend of Zelda animated series is an embarrassment to the gaming industry, is a definite understatement. This show is easily one of the biggest eyesores that I have ever sat through and it's as boring as it is low quality. Only true fans of the games will want to even slightly consider watching it, but even then I don't recommend it. Thankfully the game franchise has grown past the dark days of the show and the characters of Link and Zelda are vastly different from what we see here.

The DVD is full of problems including an extremely poor video transfer and barely passable audio by today's standards. I've seen VHS provide better quality and it seems that no steps were taken to the restoration of this product. The extras are also a minimal distraction at best and it goes to show that Nintendo would probably prefer that this little "gem" get swept up underneath the rug. Skip It