Jonathan Larson's life work gets a proper translation to film 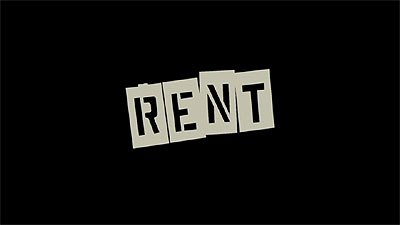 Coming into this movie, I'd never seen "Rent" performed live, but like most people with a casual knowledge of musical theater, I knew "Seasons of Love" by heart and understood the general backstory of the show. So it was with quite a bit of interest that I received the news of a film version of the musical, as it would save me a schlep into New York City and a bunch of cash. My wife on the other hand has seen "Rent," and would serve as my guide to the quality of the adaptation. I would merely be responsible for the first-hand experience.

The story at the film's core (which is based on the opera "La Boheme") follows the struggles of a group of friends living on New York's Lower East Side and fighting for survival, whether in terms of where they live or how they live with AIDS. Roger (Adam Pascal), a musician, and his roommate Mark (Anthony Rapp), a filmmaker, are squatting in an abandoned building in New York's rundown Alphabet City area. Their pal Collins (Jesse L. Martin) is visiting for the holidays, but he runs into a bit of trouble and is rescued by Angel (Wilson Jermaine Heredia), a transvestite and fellow AIDS sufferer.

Meanwhile, Mark's girlfriend Maureen (Idina Menzel) has broken up with him and started dating a lawyer named JoAnne (Tracie Thoms), and Mark and Roger's former roomie Benny (Taye Diggs) has moved on up, and is now trying to raze the neighborhood. If that wasn't enough, Roger, who also has AIDS, has taken up with a heroin-addicted stripper named Mimi (Rosario Dawson), who also has AIDS, and who is connected romantically to Benny. Things couldn't be more complicated, but the way it's all played out in the film makes it a lot clearer. 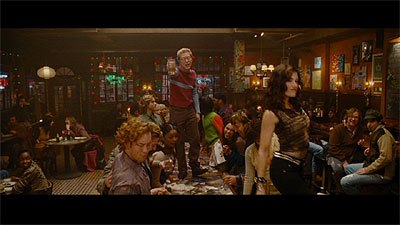 As with the stage musical, the film's story is told almost entirely in song, which will be a serious obstacle to film audiences unaccustomed to hearing sing-song dialogue. Two or three lines of dialogue will end with a character breaking out into a song, a technique that can be distracting at first, but more acceptable with time. Smartly, and to dive right in, the film starts out with an understated presentation of the song "Seasons of Love," the best the musical has to offer in terms of pure musical genius and emotional depth.

From there, it's a musical roller-coaster rider, with highlight numbers like the nearly-epic follow-up to the opener ("Rent"), Roger's soaring roof-top "One Song Glory," a wonderful duet between Roger and Mimi ("Light My Candle"), as well as the extremely fun "Out Tonight" and "La Vie Boheme." The truly great songs are paced well, distributed throughout the film to help carry the lesser sets, maintaining the energy needed to get the film from beginning to end.

It's been a number of years since my wife last saw the show on stage, but she felt director Chris Columbus did a good job of bringing the show to the screen, while artistically, I feel Columbus's vision is a successful one. No song looks quite like another, the scenes are visually dynamic and the acting is top-notch. This was a real challenge, with the considerable fan base waiting for the film, and he raised his game, delivering a good-looking movie with real emotional depth.

Choosing to go with a cast made up mostly of original stage performers put the film ahead of the odds, as these actors already knew their characters, and inhabited the roles like a second skin, especially Martin and Pascal. The newcomers, Dawson and Thoms, are quite good at balancing their acting with their singing, despite Dawson not having a background in voice. She more than holds her own with more established singers like Menzel, though my wife says the original actress was better.

The only disappointments come in the form of a cameo by Sarah Silverman than is very out of place among a cast of mostly unknown film actors, and the protest scene with Maureen that brings the film to a screeching halt thanks to its portrayal of performance art. But considering what a small percentage of the film that really is, the results are more than acceptable. 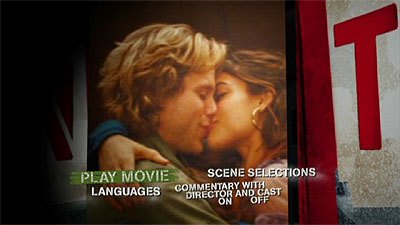 A two-DVD set, Rent is packed in a standard-width keepcase with a second-disc tray and a promotional insert. The discs feature excellent animated, anamorphic widescreen main menus, which provide options to view the film, select scenes, adjust the languages, and toggle the commentary. Language options include English and French Dolby Digital 5.1 tracks, while subtitles are available in English and Spanish, along with English closed captioning.

Presented in a 2.40:1 aspect ratio, this anamorphic widescreen transfer looks gorgeous, with bright, vivid color and an excellent level of detail. Even the digital effects, which normally are very noticeable, don't look out of place. There's not a speck of trouble here, whether you're looking for dirt, damage or digital effects.

I popped this disc in expecting a powerhouse audio presentation, and I wasn't disappointed, from the second "Seasons of Love" blared from all of my speakers. The Dolby Digital 5.1 track pumps powerful dialogue through the center channel, while building an enveloping sound field filled with background sounds in the side and rear speakers. The presentation of the songs, which fill the room with powerful support from the surrounds, make for an exhilarating experience.

A two-disc release gave the producers plenty of space to play with, so one would expect a hefty list of bonus features. Instead, there's a group of just four, starting with a feature-length audio commentary by Columbus, Rapp and Pascal. The choice of participants is good, as Rapp and Pascal bring their experience from both the stage and screen versions of Rent, while Columbus provides an overview/moderator's point of view. The chat is very friendly and informative for fans of the movie.

For anyone seeking further info, the second disc holds No Day But Today: The Story of "Rent", a feature-length documentary that shares all that needs to be said about the show, starting with Larson, talking about the show itself and going through the making of the movie. Through 109 minutes of interviews with Larson's friends, family and co-workers, as well as the cast and crew of Rent, an incredible story-behind-the-story unfolds, a story that rivals and mirrors the plot of Rent itself. This can be viewed in six individual parts, or in one full production.

A set of five deleted scenes, which can be viewed separately or as a group, include a rather appropriate alternate ending that wouldn't have hurt the movie, along with few deleted storylines involving Benny and a couple of songs that didn't make the final cut. They disappeared for good reason, but they make one question why the entire protest performance by Maureen was left in. The scenes include more audio commentary by Columbus, Rapp and Pascal, who talk about the editing decisions that were made. Oddly, the first scene is missing the alternate track.

There's also a pair of PSAs for Larson's performing arts foundation and the National Marfans Foundation, and some trailers for Sony films. What isn't here is the trailer for Rent, which used "Seasons of Love" to haunting perfection. That it wasn't included is a real loss. 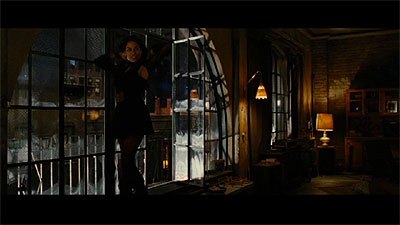 You needn't know the stage musical to enjoy this adaptation. All you need are neighbors who won't mind hearing "La Vie Boheme" at massive volumes and a willingness to watch people break into song for no reason. If you've got both of these requirements, you can get into a musical that is powerful, beautiful, moving and entertaining. Unlike most DVDs, the discs aren't so much about supplementing the film, but writing a love letter to it, with the feature-length making-of providing everything a Renthead would want short of the impossible. If you like musicals, this is a must-see, while those with an aversion should give it a spin, as it's one of the more accessible examples the genre has to offer.