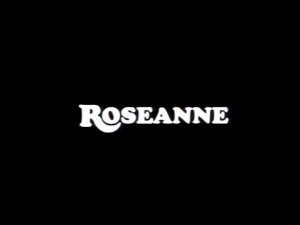 Roseanne was a popular sitcom from the late eighties and its cast has been given numerous awards for their performances. The series is about a lower class family living in Lanford, Illinois who is struggling through that odd thing we call life. The show has an intrinsic cast and they are a hard family not to like. Roseanne looks at some of the most common daily situations from the home and the work place. In most cases these situations turn out to be funny. However unlike some sitcoms that rely on slapstick comedy to make ordinary situations a riot, Roseanneuses witty dialogue to get laughs. All in all, I like this show. For more background information about the series please refer to my reviews of season one, season two, and season three.

The first two seasons of Roseanne were enjoyable, but they failed to really pull me in. Season three, however, was different. I enjoyed the content a lot more. With season four, I felt the same way. The Conner family and their friends go through a lot in this season and you won't want to miss it! Some of the big events include Darlene dealing with her depression and trying to find herself in life, Becky and Mark heat up their relationship, Mark's little brother David makes his first appearance, the Conner family struggles with employment and unemployment, as well as the bike shop, Jackie gets a new job as a trucker, Roseanne's parents split up, Arnie and Nancy marry, and plenty more. It is a crazy season with lots of goofy situations and a cast you can't help but like.

The season begins with a parenting kick that is probably a parent's worst nightmare (or at least up there). In the episode "A Bitter Pill To Swallow", Becky approaches Jackie with a serious issue, birth control. Becky and Mark have been engaging in relations and because of it she wants to take birth control pills. Jackie encourages Becky to not be afraid about the situation and talk to her mother about it. This episode really sets a tone and puts Roseanne in a hard situation. On the one hand, she doesn't want to encourage teenage sex, but she also wants to protect Becky and birth control pills are a good start all things considered. It is a serious episode with a light and humorous tone. 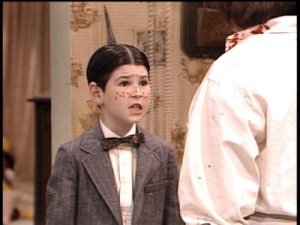 After leaving the police force in season three, Jackie still hasn't found her niche in life. In the episode "Why Jackie Becomes A Trucker", she finds her calling as a trucker. It is a fun episode and what drives Jackie to the trucker life is really what made this episode so funny. It also serves as a good reoccurring joke for later episodes. In "Darlene Fades To Black", Darlene enters a depressive state, where she only wants to do nothing and be left alone. It becomes a serious problem for Roseanne and Dan to deal with as the season goes on. The two-part episode "Vegas" and "Vegas, Vegas" introduces Sandra Bernhard as the reoccurring character Nancy. In this episode, Arnie and Nancy take Roseanne and Dan to Las Vegas, Nevada for their wedding. There is a pretty embarrassing (and fun) scene with Wayne Newton and Roseanne.

"Thanksgiving 1991" is the Conner family's crazy holiday special. Four generations of women from Roseanne's side come to the house for a dinner that has a few fights, arguments, and ends with a secret coming into the open. It turns out Roseanne's father couldn't make it, because he wanted to spend the holiday with his girlfriend of twenty years. In the following episode "Kansas City Here We Come", Jackie and Roseanne venture to Kansas City to see the other woman. It is another serious episode with the sisters trying to understand their father's affair. The other major plotline in this episode is Dan and Mark bonding. 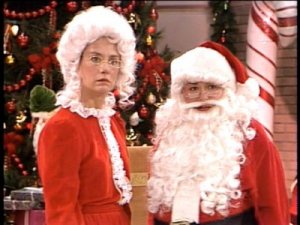 In "Bingo", Roseanne and her female friends go out for a night of fun. Fun was, however, not the word everyone was thinking when they found out Crystal had picked bingo for the evening. Roseanne spent the night making fun of Crystal's choice, which set Crystal in a fool mood. Oddly enough, Roseanne found she enjoyed bingo and eventually became a little obsessed. Crystal also finds out she and big Ed have another baby on the way. "Breaking Up Is Hard To Do" puts a smile on Roseanne and Dan's face when Becky finally calls it quits with Mark. Dan is even more excited when he meets Becky's new boyfriend, a regular jock. But while they break up, it isn't the end of Mark, as in later episodes the two rekindle their romance.

In the next episode "This Old House", their headache comes back when Mark's younger brother David comes into the picture. He's been in a few episodes so far this season, but it is really here when he becomes a threat. Darlene and David skipped school to go to a comic book convention in Chicago. Roseanne was not happy. Roseanne and Jackie also deal with the loss of the house they grew up in. In the season finale "Aliens", the culmination of another year in the Conner household comes to a close. The family is high on stress as they each deal with their personal problems and issues with each other. But despite all the bad things, everyone comes together when they learn D.J. is in the finals a spelling bee. Arnie is also abducted by aliens.

Overall, season four of Roseanne is a fine addition to the series. A lot of big things happen for the cast and you will not want to miss the Conner family deal with the girls and the Healy brothers, Roseanne and Dan manage the bike shop, Jackie's new job, Darlene's spiraling depression, and everything else. 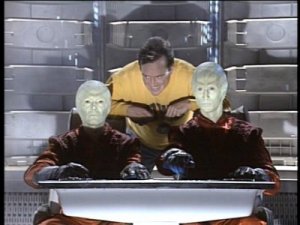 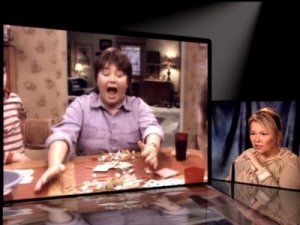 If you didn't get your fill from Roseanne in the video commentaries, she returns in the featurette "New Roseanne Interview: Life Imitating Art, Imitating Roseanne". In it, Roseanne talks about the series in its fourth season. It runs for approximately five and a half minutes. The other featurette is "A Grown-Up Interview With "An Adult" Becky and DJ" and it stars Michael Fishman and Lecy Goranson. They discuss their characters on the show and relationships with other cast members amongst other things. The featurette felt like a rehash, as Fishman starred in the season two featurette "DJ: All Grown Up" and Goranson in the season three featurette "Lecy Goranson Interview: I Was A Teenage Becky". The featurette runs for under ten minutes. Additionally, there are trailers for 3rd Rock From the Sun and Grounded For Life.

Overall, the bonus features are an improvement over past seasons. I really liked how this set included video commentaries (there are no commentaries, audio, video, or otherwise, in previous sets). The commentaries are interesting enough to warrant your attention, although, there was a lot of dead air (portions with no Roseanne and just footage from the episode). I would like to see audio commentaries in the future, as well as participation from the other actors/actresses. The featurettes were mildly entertaining and worth the watch.

Final Thoughts:
Roseanne: The Complete Fourth Season continues to detail the Conner family as they all deal with that odd thing called life. In this season, the hilarity reaches a new high with plotlines you won't see in most sitcoms. In addition, the series has a great cast who work well together and come with a strong and diverse set of supporting characters. This season set comes recommended.