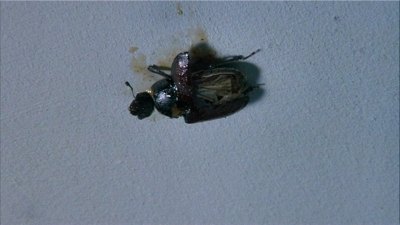 As the most visual member of Monty Python, it's no surprise that Terry Gilliam ended up as the most prolific film director of the bunch. After cutting his teeth on a mountain of animation shorts, Gilliam began his live action resume by co-directing the famed comedy troupe's own Monty Python and the Holy Grail (1975), following up with the underrated Jabberwocky (1977), Time Bandits (1981) and The Crimson Permanent Assurance, the short feature that preceded Monty Python's The Meaning of Life (1983). He's directed a handful of excellent films since then---including my personal favorite, 12 Monkeys (1995)---but few were as talked-about, debated and dissected as Brazil (1985), a black comedy with a heart of gold...or engine of gold, more appropriately.

Steely-eyed from start to finish, Brazil makes no attempt to hide its disdain for bureaucracy and the inefficiency it promotes. Needless paperwork, impersonal public relations, a constant state of confusion---it's all front and center in the cold, dismal world that Sam Lowry (Jonathan Pryce) lives in. If it weren't for his idealistic dreams, he'd be completely out of his mind. More problems arise when he catches a typo caused by a dead fly on a piece of paper, which originally led to the arrest of an innocent man. This simple error, of course, leads to more and more problems; after all, in a system as disorganized as this one, it's almost better to sweep problems under the rug than attempt to clean everything up. It all makes more (less) sense if you work in the public sector, of course. 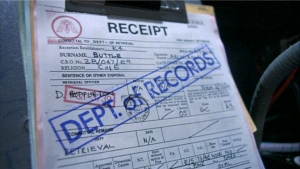 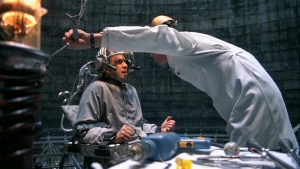 During the 142-minute lifespan of Gilliam's opus, we meet plenty of fascinating and contemptible characters, from the meddling Mr. Kurtzmann (Ian Holm) to the combination plumber/terrorist Archibald Tuttle (Robert De Niro). Other highlights include Jill Layton (Kim Griest), the mysterious woman of our protagonist's dreams; as well as Katherine Helmond, his plastic surgery-obsessed caricature of a mother. By this point, it's obvious that everything comes back to Sam Lowry: facing an increased level of red tape and incessant nagging from the powers-that-be, Brazil eventually morphs into a frantic escape from oppressive society, much like George Lucas' sci-fi classic THX 1138. By the time the credits roll, however, we learn that physical and mental escape may be possible, but not likely. Ironic, cynical and unflinching, Brazil holds up well over twenty years later; it's still a fascinating tale on its own terms, but all the more disturbing as our own world grows larger and more confusing. We should all do hour part bye ignorign typoes.

Equally fascinating is the story of the Brazil's production itself, almost artistically butchered through studio interference and already chronicled in Criterion's landmark laserdisc and DVD sets. Originally released in 1996 and 1999, these boxed sets presented the film uncut, along with a second disc of bonus features and a third disc with the butchered "Love Conquers All" cut in its awful glory. Here's the problem: the film was presented without anamorphic enhancement---and, as any die-hard DVD nut can tell you, that just can't cut it anymore. Fortunately, they've re-released Brazil in two separate forms: the same three-disc set (with a new transfer and different packaging) and a slimmed down, one-disc version for those who already have the box. This screener copy is the slimmed down version, but a summary of the extras found in the deluxe edition can be seen at Criterion's website. For now, let's take a closer look at this release:

Originally issued with a decent 1.78:1 non-anamorphic transfer, Criterion redeems their past sins by giving Brazil a brand new transfer enhanced for widescreen displays. This is a fine effort overall, boasting an accurate color palette, good contrast and consistent black levels. Film grain is still evident but not overwhelming, especially during the numerous dream sequences. Overall, it's a solid, director-approved transfer, roughly on par with recent editions of Gilliam's own 12 Monkeys and Time Bandits...and for those keeping score at home, it does not feature Criterion's recent practice of "picture-boxing".

The original 2.0 Dolby Surround audio mix has been newly remastered as well; it stays true to the original source material, boasting strong music, dialogue and sound effects. Optional English subtitles have been included during the main feature---but strangely enough, they're not selectable from the menu screens. 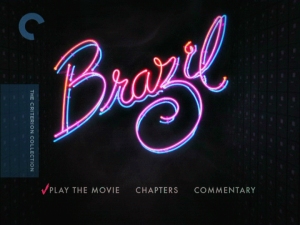 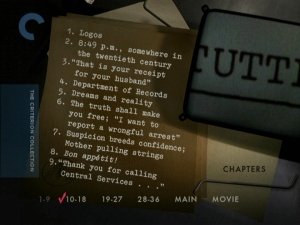 Seen above, the 1.33:1 menus for this release are similar to the originals; in short, they're appropriate, attractive and easy enough to navigate. This 142-minute film has still been divided into a generous 36 chapters, while no obvious layer change was detected during playback. The packaging is nearly identical to that of the original boxed set: this one-disc released is housed in a clear keepcase, which also includes a booklet (with a brief essay by author Jack Mathews), a postcard and the usual Criterion back catalogue. The only obvious change throughout is the new Criterion logo design.

Bonus Features
Here's where this release comes up short, but only if you don't own the original boxed set. Included with this one-disc package is a lone Audio Commentary with director Terry Gilliam; it's the same one from the original 1999 boxed set (and the laserdisc!), but it's still a terrific track that fans will enjoy. Though it's a nice supplement to have, it's hardly sufficient on its own---especially not with the knowledge of what comes with the deluxe package.
Final Thoughts

What to do, what to do? Terry Gilliam's Brazil, taken on its own terms, is a polarizing, unique, entertaining and mind-bending experience, rightly championed by Criterion twice before. Here's where the advice gets a little tricky: if you've never owned Brazil on DVD, skip this release and go right for the forthcoming three-disc re-issue. If you already own the 1999 boxed set on DVD but can't resist the sparkling new anamorphic transfer, you should probably opt for this slimmed-down release. Either way, this slightly confusing (but entirely worthwhile) second attempt by Criterion is certainly worth looking into. The studio earns bonus points for not making fans buy the same boxed set twice, but this one-disc release still feels a bit lonesome all by itself. Either way, it still comes Recommended.

Randy Miller III is an affable office monkey based in Harrisburg, PA. He also does freelance graphic design projects and works in a local gallery. When he's not doing that, he enjoys slacking off, pushing papers and writing things in third person.