Snakes on a Plane


At this point in time everyone knows how Snakes On A Plane came to be – a few movie execs were joking around about the worst pitch imaginable, the title came up, the internet blew it sky high, New Line added more sex, violence and bad language and voila. With so much hype around the movie there was no possible way that it would live up to everyone's expectations but even with (or, perhaps because of) the movie's huge plot holes, stereotypical cookie-cutter characters and insane logic gaps, the movie turns out to be a perfectly enjoyable action-horror hybrid. High art it is not, but it's a great beer and pizza movie. 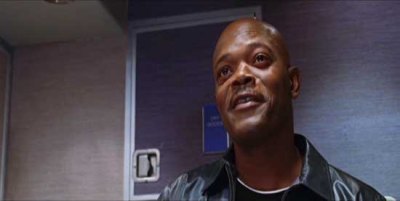 When the movie begins, a surfer named Sean Jones (Nathan Phillips) is driving around Hawaii on his dirt bike and sucking back some Red Bull when he comes across a gangster named Eddie Kim (Byron Lawson) in the midst of killing someone who got just a little too close to him. Unfortunately for Sean, Kim sees him and sends his cronies after him – they can't leave any witnesses alive. Sean heads back to his apartment (which is stocked with more Red Bull) and just as he hears someone breaking in through the front door he heads out back and meets Neville Flynn (Samuel L. Jackson), an F.B.I. agent who has somehow managed to find out what's happening and arrive just in time to save him from certain death. 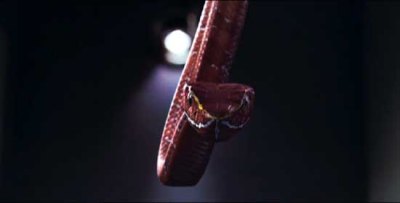 After Flynn and his partner convince Sean to testify against Kim, they decide to fly him back to Los Angeles where the trial is going to happen. They commandeer the first class section of a big ol' jetliner and, with the rest of the supporting cast tucked firmly away in coach and a witty pilot named Rick Archibald (David Koechner) in the cockpit, they leave Hawaii for the lengthy trip over the Pacific Ocean to sunny California. Unfortunately for everyone on board, Kim has somehow managed to get a gigantic box of poisonous snakes on the plane and has had all of the lei's that the passengers were given by the airline doused in a pheromone that is known to make snakes unusually aggressive. Once they're up in the air, the snakes are unleashed and Neville has to take charge of the situation to make sure that he gets Sean safely to L.A. while trying to save as many innocent civilians as possible. Thankfully, he's not completely alone – there are four members of the flight crew (Lin Shaye, Julianna Margulies, Sunny Mabrey and Bruce James), a rapper (Flex Alexander – a great name for an action figure!) and his two body guards, a couple of kids flying alone for the first time (Curtis Brown and Tommy Brown), a cute but ditzy rich chick with a dog (Rachal Blanchard), a snooty English dude (Gerard Plunkett) who doesn't like Americans or the rich chick's dog, and a young foreign lady (Elsa Pataky) and her newborn baby. Oh, and there's a competitive kickboxer (Terry Chen) on the plane too, but he doesn't really do much. 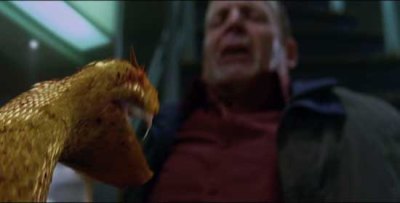 While Jackson's screen presence and penchant for chewing through even the thickest of scenery are reason enough to give this a look, the best part of the movie is the creativity and complete stupidity of the snake attacks themselves. You wanna see a couple who smoke a doobie and try to join the mile high club get attacked by snakes? You got it. Why not have the snake chomp down on her titty while you're at it! Maybe a guy should go to the rest room and take a leak and a snake should jump out of the toilet and bite his wang... yep, they thought of that too. Snakes are all over this plane, biting women in the eyes and fat black dudes on the ass with reckless abandon. You've got big snakes, small snakes, in-between snakes - snakes of many colors, shapes and size are all here, and they're all biting people like crazy. 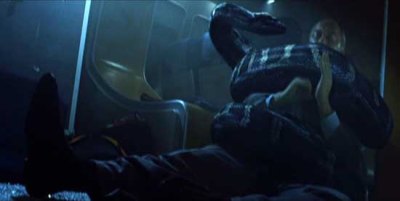 If you're the type of viewer who wants realism in their cinema, Snakes On A Plane is not the movie for you. Even if you're able to suspend your disbelief easily enough, it's hard not to scratch your head wondering why certain characters do what they do or even how exactly the snakes got on the plane undetected in the first place. There are so many flubs in the film that it's hard to keep track of them all, and nothing really happens for any logical reason here. The characters are all stereotypes of some sort (with Jackson playing the stereotype of himself) and the dialogue and actions of these stereotypes play exactly as you would expect them to. That being said, Snakes On A Plane is a lot of fun. It's a big, dumb trash film that works in elements from disaster movies, horror movies, and action movies with plenty of darkly comic touches. The end result is a sort of tasty can of cheap genre stew. Not something you'd order at a fancy restaurant, but a tasty meal of a movie that warms your belly and which satisfies your hunger. 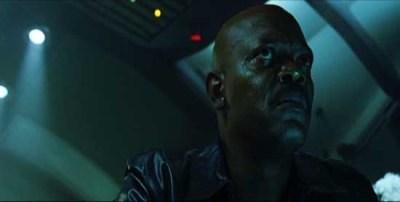