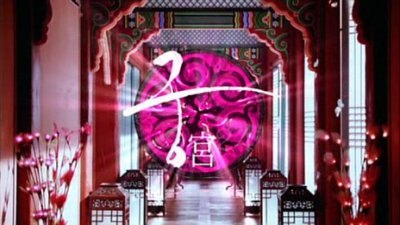 Palace, which is also known as Princess Hours, is a Korean television drama that was based upon a comic book series. The series is a lively drama with fun and silly characters and content that is not nearly as soapy or melodramatic as most other K-dramas, but still dramatic enough to keep you on the edge of your seat. Palace is set in a modern day Korea that is under a monarchy system. The role of royal family is similar to the British Monarchy system. What this series focuses on is the romantic life of the royal crown prince and his betrothed, a commoner, and a power struggle in the palace between two royal families. The content offers a fun and engaging drama with lots of romance and comedy that is played out well. Fans of romantic comedies should enjoy the spirited characters and intriguing storyline as two people slowly fall in love with many ups and downs along the way.

In the beginning of Palace it is made known that the royal family has had some health problems. The royal crown prince Lee Shin (Joo Ji-Hoon) was not always the royal crown prince. His father was originally second in line to be king. His uncle, Yool's (Kim Jeong-Hoon) father, was to be king. Unfortunately, he died unexpectedly and Shin's family line stepped up with Shin's father becoming King. However, it was recently found out the King suffers from vertigo. Knowing his successor needs to be ready to take the throne, he and the Queen push for Shin to find a bride. Despite that he is still in high school.

To Shin's dismay, his grandfather had originally made an arrangement with a man who saved his life to marry his granddaughter, a commoner named Chae-Kyung (Yoon Eun-Hye). Oddly enough, Chae-Kyung and Shin attend the same high school. The two are forced into a wedding, which Chae-Kyung is reluctant to accept at first, but ultimately agrees to it because of her family's financial problems. When Shin and Chae-Kyung wed, an adventure into romance follows. 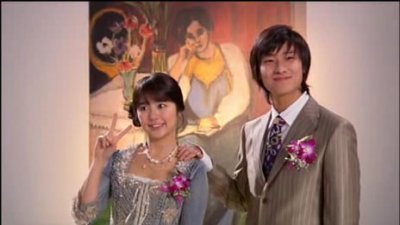 The series begins to focus on several aspects, but mostly about two things. First, Shin and Chae-Kyung's relationship is a huge part of the show, which is complicated by many different things. Since it is an arranged marriage, Shin and Chae-Kyung are not very excited about marrying each other. At first Shin is very distant and cold, but slowly he develops feeling for his young wife. Other problems (and sources of drama) include Chae-Kyung finding comfort in Shin's cousin Yool. A love triangle of sorts develops from the situation. To make matters even more romantically confusing, Shin's ex-girlfriend, a talented dancer Min Hyo-Rin (Song Ji-Hyo) tries to find her way back into Shin's life, producing yet another love triangle.

The other major aspect besides the romantic drama and all of the surrounding elements and key players is the struggle for power. Fourteen years prior in the show's timeline, Yool and his mother Hwa-Young left Seoul to hide out in England after Yool's father died unexpectedly. When Hwa-Young heard about the current King's condition, she decided it was time to return to Seoul. She opens a yoga shop in Seoul and plots her son's return to the crown. She is devious and uses Hyo-Rin's love for Shin to her advantage. Yool, himself, also shows signs of a devious nature. This plotting adds an interesting level of drama to the storyline and the character development.

Together, these are the two primary focuses on Palace. They are supplemented by other storylines like Chae-Kyung getting accustomed to royal life. Since she grew up as a commoner, she is not accustomed to all of the procedures, old forms of speaking, and so on. In addition, she must get used to life with the rich and famous, as well as getting upper class society to accept her!

What works for this show are several different things. First, the characters are great and their respective characters handle their roles well. From leading to supporting roles, they all fit the mood of the series well. In particular, Yoon Eun-Hye is excellent. She gives her role of Chae-Kyung a very lively personality and it is easy to like her. She also adds a great deal of humor with tidbits of slapstick and just goofy behavior. A great character. Her chemistry with actor Joo Ji-Hoon is also worth noting. They make a great looking couple and also fit each other with very distinct personalities. 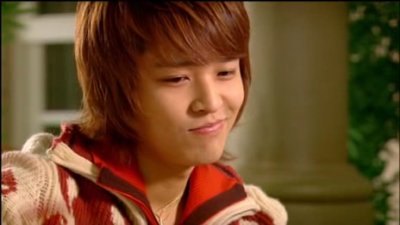 The other leading actor Kim Jung-Hoon is a dashing fellow and he also has great chemistry with the other cast members. As for supporting roles, Palace does well with strong performances from minor roles like Chae-Kyung's family. They are a great bunch and there are always lots of laughs from this silly family. All in all, both the leading and supporting roles offer strengths to this show by having a variety of characters who come off over-the-top, but in a way that appreciative.

Second, the storyline introduces fits both its comical and romantic components well. It has many sticky situations for the cast to get into that result in laughs and manages to maintain a fine level of drama that is not over-the-top or too thick and soapy dealing with the multiple love triangles and the power struggle. Third, how great the show looks is another positive quality. This is an aspect I rarely speak of, but the show just looks great with costumes, props, settings, and characters. It really feels like a modern day monarchy and is all around beautiful.

On the flipside, there was an aspect I did not like about the series. The show's pacing at times bothered me. It was a pretty long show with twenty-four episodes hour long episodes. The unfortunate part is that the show's tempo slows down quite a bit. There were several portions I found myself bored to tears for minutes at a time because it seemed like nothing was happening. Every once and a while this is fine, but it seemed to happen quite a bit. On a positive note, as the slower moment passed and the events in the particular episode picked up, it was easy to get hooked. The reason I bring this up is that Palace can get slow in a given episode, but generally it will pick up a few minutes later. If you find yourself in one of these spots, just wait it out. It gets much better.

Overall, I thought Palace was a strong series. It had many common elements to other K-dramas, but at the same time it stood apart. It was a very beautiful production with great costumes and settings. The actors and actresses fit their roles well and the characters were lively and fun. While the show was dramatic, it was not too soapy or unbelievable. There was also a lot of comedy mixed in, which helped keep the show fresh and exciting. In the end, I think Palace is a solid K-drama and should be worth one's time. 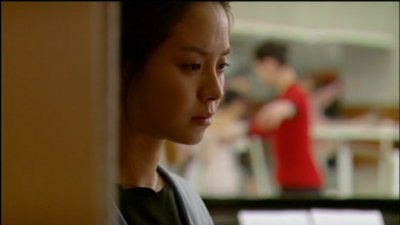 
Video:
This release is given in a letterbox 1.78:1 ratio widescreen color format. The picture quality is very good, providing a clear and clean picture with minor color distortions and compression artifacts. Both dark and bright colors are generally represented well. Throughout the series, some episodes feature a black bar that appears at the bottom of the screen. Text (in Korean) is scrolled at the bottom to further explain certain dialogue/situations. It is unfortunate that when the black bar appears, it does not go away and stays for the entire episode (even when no text is being shown in the box bar). I found this to be an annoyance because part of the picture was clearly cut off.

Audio:
The audio track supplied is in Korean 2.0 Dolby digital stereo sound. The dialogue comes off a little flat and some of the soft spoken actors/actresses are a bit hard to hear. But the track is generally audible for most characters. The music sounds good; it is dynamic and vibrant.

For non-spoken language options, there are subtitles in English provided. There are a few grammatical errors and odd word usage, but for the most part the subtitles provided dialogue that was very easy to follow. 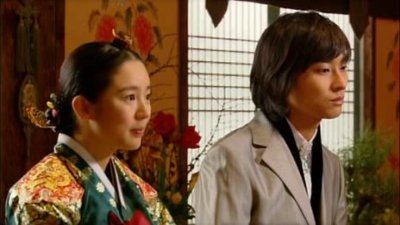 Extras:
For extras, Palace is supplemented with additional content located on disc 9. The extras are given in the Korean language and include optional English subtitles. 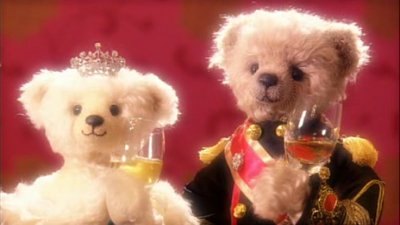 Final Thoughts:
Palace is a fun romantic comedy about a young heir to the throne who is put into an arranged marriage with a schoolmate. The series deals with their developing relationship, as well as the complications that come in the way (ex-girlfriend, suave cousin, etc). The story also focuses on an internal struggle for power within the palace. All of which produce lots of drama and tidbits of comedy. As an overall production, I was quite happy with Palace. The characters are great and the story delivers an engaging drama that is hard to put down. In the end, it comes highly recommended.