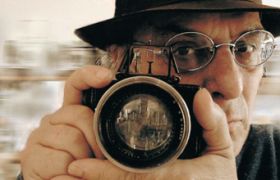 A large contingent of Spanish soldiers is dispatched to uncover the mythical City of Gold: El Dorado. Enthused and blinded by greed the men embark on a journey believing that their fate will lead them to a place like no other on earth. Guided by a group of Indians who keep pushing the foreigners deep into the treacherous and deadly jungle the Spaniards slowly begin to lose hope. Exhausted and angry the soldiers rise against their leaders.

A grand project helmed by legendary Spanish director Carlos Saura El Dorado (1988) is an unusual attempt at reconstructing the tragic story of a group of conquistadors who vanished in the South American jungle while pursuing a dangerous dream. Clocking in at approximately 145 minutes El Dorado is very much a study of the human psyche, the manner in which men react to adversity, a careful exploration of greed and its numerous incarnations.

Those of you expecting a gigantic visual feast, a Hollywood-esque eye-candy, filled with grandiose battle scenes and overwhelming characters will be gravely disappointed. El Dorado has none of that! Instead what Saura and his team offer is something rather different, a film reminiscent of a powerful novel where even though there are plenty of brilliant characters there aren't any key players to be singled out.

It is even more interesting to see that even though the mythical city is consistently being mentioned throughout the film it eventually disappears from our attention. What takes precedence is the contagious erosion of faith among the Spanish soldiers and the impact lust has on their thought process. Logically, El Dorado's slow pacing works incredibly well as even the audience begins to feel uncomfortable, impatient, hoping that the soldiers and their leaders will resolve their differences.

Though there are some occasional rough spots in El Dorado, most notably concerning the romance between Aguirre (Omero Antonutti) and Ines (Gabriela Roel), this is an excellent example of grand filmmaking devoid of excessive glamour. The precision with which the conquistadors are filmed as well as their clashes with the Indians is exceptional. Fear, anticipation, disappointment, and anger, the signature emotions in El Dorado, are mixed to perfection.


How Does the DVD Look?

Presented in its original aspect ratio of 2.35:1 (even though the back cover for this Spanish DVD incorrectly states an aspect ratio of 1.85:1) and enhanced for widescreen TV's Saura's film looks good. Excellent color gradation, great contrast, and free of damage print is what WB-Spain have provided. My only complaint with this print is that occasionally edge-enhancement becomes evident and those of you with a well-trained eye might be able to catch its detrimental presence here and there. Aside from that I can honestly say that I have never seen El Dorado look this good (and I do have more than one point of reference) PAL-encoded, Region 2.

Presented with a Castellan 2.0 and 5.1 mixes the audio presentation is exceptionally well-handled. Dialog is crystal clear and very easy to follow and I could not detect any disturbing issues worthy of discussion in this section. The disc comes with optional French and English subtitles.

The only extras present on this disc are the original theatrical trailer, a photo gallery, a Spanish-text synopsis, and cast and crew info sections.

A classic Saura film! Incredibly well-shot, with so much finesse!! The Spanish DVD release by WB comes with a very affordable price tag and I can hardly think of a reason not to own this beautiful film.