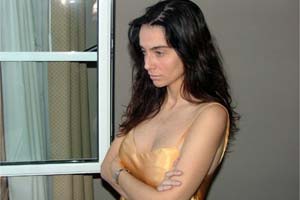 The last installment in Spanish director Juan Pinzas' Dogme trilogy El Desenlace a.k.a The Outcome (2005) reunites a group of industry friends and ex-lovers while over the course of a single night they reevaluate their past, struggle to mend broken relationships, and eventually reveal most intimate secrets.

Aging director Mikel (Jose Sancho) and his girlfriend Andrea (Beatriz Rico) arrive at a picturesque Galician hotel where film producer Fernando (Javier Gurruchaga) and his girlfriend Beatriz (Isabel de Toro) have arranged to meet up-and-coming novelist Rosendo (Carlos Bardem). They all know each other well – some of them are far more than professional friends! As the sun goes down and drinks are being served Mikel instigates a rather nasty game of confessions.

Tagged simply Dogma #31 Pinzas' film is shot according to some of the artistic movement's vows yet it clearly isn't as rigorous in following them as one might expect it to be. From the use of artificial light to the preferred by the Spanish director aspect ratio it seems like The Outcome is a rather colorful attempt at improvising in front of the camera than a truthful Dogme production.

Nevertheless this highly-decorated Spanish picture offers stellar acting and an unexpectedly complicated narrative blending comedy with vulgar behavior. The characters manage to successfully mislead the viewer in a number of occasions resorting to interesting if a bit overpolished tricks – a simple smile, glance, or compliment is far more suggestive than sincere.

The Outcome's strongest asset however is without a doubt the fluidity of the dialog. Clocking in at approximately two hours Pinzas' work keeps up a steady tempo adding up piece after piece to an emotional jigsaw with plenty of great players. Traditional Spanish temperaments are notably enhanced here while the occasional frivolous sexual behavior is ridiculed with questionable references (parallels to Truffaut, Minnelli, are uncalled for).

Lastly, The Outcome may prove somewhat difficult to absorb for those who dislike overdramatized stories lacking a clear-cut protagonist - Pinzas' film does not necessarily feed off the presence of its characters but rather their stories.

Presented in its original aspect ratio of 1.85:1 and enhanced for widescreen TVs the picture quality is good revealing much of what we have come to expect from films shot Dogme-style: natural grain, varying contrast, light fluctuations. The print provided by the Spanish distribs is free of damage (specs/dust/debris). Compression artifacts are nowhere to be seen and aside from the presence of mild edge-enhancement which is rather tricky to spot due to the manner in which the film was shot everything else appears in top condition. PAL-encoded, Region 2.

Presented with its original Castellan DD track and an optional Galician mix the audio presentation is of excellent quality. Dialog is very easy to follow and I could not detect any disturbing issues (audio drop-outs or hissing). The DVD comes with optional English and French subtitles and both appear very well done avoiding syntax mistakes. 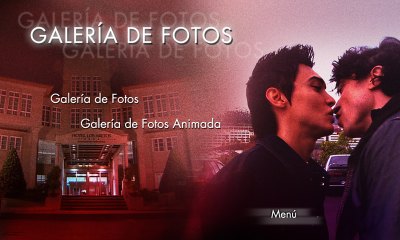 This is a special edition 2DVD set and there is a variety of supplemental materials provided here. Unfortunately none of them appear subbed in English so I am just going to list them for your information as I can not comment on their content:

Disc 1 contains an audio-commentary by the director of the film, cast and technical crew information, and a gallery of stills.

Well-executed, entertainingly vulgar, and with a superbly-improvised dialog The Outcome should appeal to those who still hold the Dogme movement in high regard. Those who have long ago dismissed the artistic movement's credibility will likely find Juan Pinzas' picture less than fascinating. Nevertheless, in a sea of Scandinavian-produced Dogme productions it is rather refreshing to see a well-scripted Spanish entry.