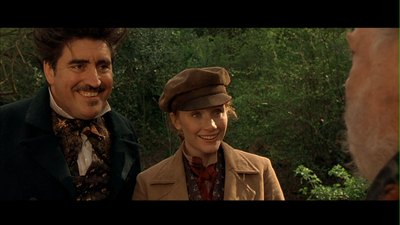 Oh, Kenneth Branagh, why must you only give us a new Shakespeare movie every couple of years? They're already written, so what's the hold up? You're so good at it!

The wunderkind who revitalized the bard on screen in 1989 when he remade Henry V seems to increase the length between trips to the Globe Theatre between every film. Granted, 2000's Love's Labour's Lost didn't do so well (I never saw it, but it sounded like a good try), so there might have been a self-imposed (or otherwise imposed) exile, what on Dinner for Five they once called "director's jail." If so, how fitting that Branagh would come back to us with As You Like It, a Shakespearean romantic comedy where the entire plot hinges on unfair exile.

Given that this is Shakespeare, we actually need not spend that much time on the plot. We've got two brothers, both dukes, both with daughters, and both played by Branagh company man Brian Blessed. The dark-humored brother, Frederick, makes a power grab and exiles his kinder sibling, Senior, to the forest. Senior's daughter, Rosalind (Bryce Dallas Howard), is permitted to stay to keep her cousin, Celia (Romola Garai), company. However, when the public loves Rosalind even more for her suffering, Frederick decides to banish her, too. Celia goes with, dressing herself up as a peasant while Rosalind masquerades as a man. Elsewhere, two other noble brothers, Orlando (David Oyelowo) and Oliver (Adrian Lester), are also feuding, forcing Orlando to flee into the forest, as well. As it turns out, Orlando is in love with Rosalind, and she with him, and though all of these parties don't entirely realize that they are camping out in the same wilderness and the simple donning of a boy's hat blinds everyone to Rosalind's true feminine identity, events will ultimately transpire to marry off a bunch of people and restore the good to power. As You Like It is one of Shakespeare's comedies, after all, not a tragedy, so we know this going in.

Produced for the BBC and HBO, Branagh has adapted the original story, which took place in a French countryside that seemed remarkably like England, and moved it to late-19th-century Japan, during the historical period when the Japanese first opened their ports to trade with England and many merchants relocated in order to exploit this new business opportunity. It's a nice move, and Branagh doesn't overdo it. For the most part, he really only takes advantage of the setting in order to build lushly designed sets in traditional Japanese homes and use gorgeous calligraphy for Orlando's rural graffiti.

The truth is, Branagh could set his adaptations anywhere, because what makes a Branagh film truly wonderful is his love of language. Though he is more than adept with a camera and in the editing bay, what gives his movies such life is his celebration of the text. As You Like It isn't a stuffy, overly demonstrative reading of the play, but like the director's excellent Much Ado About Nothing from 1993, the actors appear to be imbued with an unquenchable joy at the beauty of the words.

Unlike Much Ado, however, there is far less stunt casting in As You Like It, no Michael Keatons (who was actually quite good) nor Keanu Reeveses (who was not so much). Though there are familiar faces, they are smartly chosen. Kevin Kline plays the melancholy poet Jaques and Alfred Molina the lusty clown Touchstone, and both of them are remarkably facile with Shakespearean speech. The true shining star, though, is Bryce Dallas Howard, who seems capable of doing just about anything at this point. Her Rosalind is vivacious and charming, and during an emotional moment where the actress manages the restraint to shed only one single tear, you'd have to be filled with cement in order not to have your heart break for her.

So, take a bow, Kenneth Branagh. Whatever happened to make you go away for so long, it's all forgiven. As You Like It is a blessed entertainment. Huzzah! 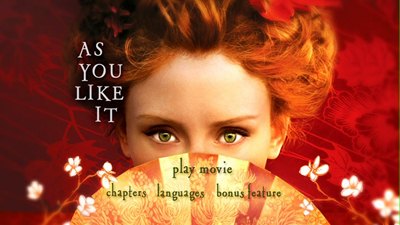 Video:
The HBO DVD for As You Like It is a widescreen disc that has a good looking picture. As my review is written from an advance disc, it doesn't appear to be the final authoring, and I suspect that the occasionally fuzzy resolution will not appear on the final product (nor is it likely apparent in the airings of the film on the network that are currently preceding this release). The colors are otherwise quite nice, and there was no artifacting or other apparent glitches.

Sound:
An excellent 5.1 English soundtrack means all the wonderful monologues and ribald jokes will come through loud and clear when watching this at home. There are also options for a 2.0 Spanish mix and subtitles in English, Spanish, and French. If, like me, you enjoy watching Shakespeare with the subtitles on in order to better appreciate the poetry (something I picked up in college), you'll be glad to hear that the text is well-paced with the action.

Extras:
There is very little by way of bonuses, just a four-and-a-half minute promotional short that was likely made for HBO, wherein Branagh and some of his actors discuss the director's technique and the challenges of bringing Shakespeare to film.

FINAL THOUGHTS:
One of the more fun Shakespeare plays, As You Like It is brought to the screen by Kenneth Branagh, a director who is not afraid to have fun with the bard. Sounds like a win-win to me. Transplanting the action to 19th-century Japan without getting too cute about it, Branagh lets the power of the words fill his actors with a light and lively air. And what actors! Led by the luminescent Bryce Dallas Howard, the ensemble causes the play to breathe in modern rhythms without losing any of the potency of the poetry. Despite being a rather bare-bones DVD, based on the quality of the production, As You Like It is Highly Recommended. 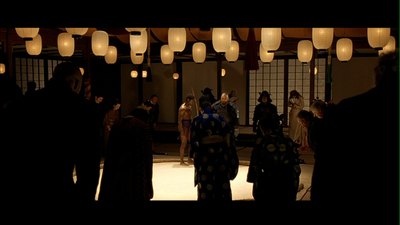