Kids in the Hall: The Pilot Episode, The 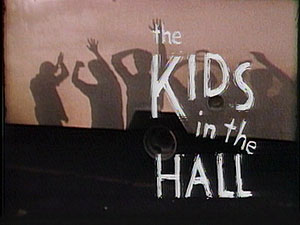 
The Story So Far...
The Kids in the Hall sketch comedy troupe dominated the world of alternative comedy for eight years, bringing their unique Canadian comedy to cable and late-night network TV, cementing their status as geniuses, before branching out into five very successful TV and movie careers. But to their fans, they'll always be the Kids in the Hall, thanks to the incredible array of memorable characters they created, including Gavin, Simon and Hecubus, Buddy Cole and Cabbagehead, as well as the oddly realistic female characters they portrayed. The show started in Canada on the CBC, and made its way to HBO, Comedy Central and CBS in time. The group also made it to DVD 10 separate times (11 if you count the series' complete collection), collecting their episodes, stage shows and movie. To see DVD Talk's reviews of the Kids' DVDs, click here.

The Show
First off, though this is the first time this episode has made it to DVD, all but five of these 15 sketches were included on the Season One DVDs, with commentary from the complete troupe. So what you're getting here is an odd novelty item, a historical document for the show's fans. Here you get to see the start of some of the show's most recognizable characters, and remember when these established comedy stars were just stepping into the spotlight.

After starting with a prototypical KITH sketch, the upside-down "Hey You Millionaires," the episode is paced out by four The Headcrusher sketches, showing the troupe's Monty Python influence, as they act as links from segment to segment, with crazy Mr. Tyzik using his mighty fingers to punish society by flattening their skulls. After so many years, the concept's lost a bit of its impact, but Mark McKinney, playing the sociopath, is fun to watch. The same goes for one of the other recurring characters appearing here, Cabbagehead. Though Bruce McCullough does a great bit of overacting as the misogynist green-top, the sketches are mostly the same, starting here. They are eclipsed by the pilot's other recurring character, swishy bar owner Buddy Cole (Scott Thompson.) Though like Headcrusher and Cabbagehead, he's something of a shallow character in terms of complexity, his one-note comedy is more varied in its presentation, as it's more subject-based than character-based.

Like so many sketches in the group's history, the best ones play with society's expectations, like "Brian's Bombshell," in which Fran (Thompson) reacts to her son Brian (Dave Foley), who reveals he's gay. Thompson seems to do the best job at these monologue-style sketches (along with McKinney), and this is no exception, and it's punctuated by some high comedy notes by McCullogh. Thompson's back in drag in "Rusty," fending off a younger suitor's silly come-ons, while "Guys on Break," which twists the concept of boorish male behavior, giving Kevin McDonald a chance to show off his high-strung sense of humor. As you go through the episode, you start to realize how little of McDonald you get in this one.

While "Naked for Jesus" and the involved "But Do You Love Me?" aren't going to make any best-of collections, "Crying Guy," an alternate take on Foley's great Sarcastic Guy character, is very funny, but certainly a limited concept. Of all the sketches on this disc, it sits second to the legendary full-cast "Reg," in which the group sits around a fire, remember their friend Reg. No matter how many times you watch it, and know what's coming, it's still hilarious.

It's hard to understand why it took so long to get the remaining five sketches onto DVD, as there doesn't seem to be any rights issues in them. Even harder to understand is why "Everyone's Friend," a McKinney monologue sketch, isn't here. It's hard to say this is the first time on DVD for the complete episode if it's not exactly complete. As a result, this disc, which is aimed mainly at completists and hardcore KITH fans, is bound to be a disappointment. And that's a shame that should earn someone a well-deserved headcrushing. 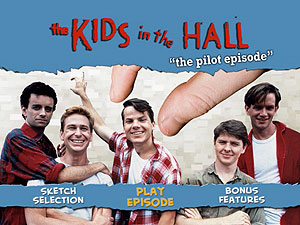 The DVD
A one-disc release, this DVD is packed in a standard keepcase, which is wrapped in a slipcover with a cute, well-done lenticular animation front piece featuring The Headcrusher. The disc has a full-frame animated menu, with options to watch the episode, select scenes and check out the extras. There are no audio options or subtitles, but closed captioning is included.

The Quality
The full-frame video looks as old as it is, and as old as you'd expect, looking like standard TV video from the late '80s. In other words, there's a soft grainy feel to the image, along with a haloing sharpness and ghosting along edges (see the "Guys on Break" sketch for an example of these problems.) Colors are good, but a bit dull and the level of detail is hardly impressive. It's hard to tell if any digital artifacts have made their way into the video, as they could just be in the original video. Overall, it's nothing great, with some minor dirt and damage in the on-location scenes.

The audio is presented as a Dolby Digital 2.0 track that is clear and clear, and representative of what it sounded like on TV. There are no negatives noticeable in the mix, but again, there's nothing that stands out, as it's a very plain, straightforward soundtrack.

The Extras
Considering this disc holds just one 46-minute episode, some extras needed to be included. The DVD producers put together a couple of winners, but, for some reason, McCulloch wasn't involved with them, which is an absolute disappointment. It's not like there was any anniversary deadline for this disc. It couldn't have waited until all the Kids could be together? The four remaining Kids give it a go though, starting with an audio commentary which is also available to view in a "split screen" presentation, letting you see the recording session. They have plenty of info and personal notes to share about the series and this episode in particular. On the video, instead of letting a static camera roll, you get to see the engineering booth and the screen the group is watching. You'd expect a lively track from old, funny friends, and you get it here, in a very conversational commentary.

The Kids are back with more behind-the-scenes info in a 12-minute Q&A featurette, as they sit together in a screening room answering questions that are seen as title cards. For KITH fans, it's a nice bit of bonus info, and the energy of the commentary carries over, with perhaps even a bit looser feel. The same set-up is used for an eight-minute trivia segment, as the Kids ask trivia questions about the pilot and then "attempt" to answer them. Once again, it's an amusing bit, powered mainly by their off-the-cuff comedy.

The disc wraps with a four-minute automatic photo gallery of stills taken during the recording of the extras and some text credits. 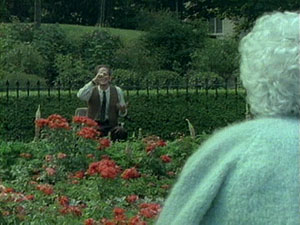 The Bottom Line
Though there was a definite effort to make this a full package, in the end, it is only one episode, and if you're a "Kids in the Hall" fan, there's a good chance you already have more than half that episode on DVD in the complete first season set. Therefore, the only new material here are a few OK sketches, and the entertaining extras with only four of the five Kids. Worse yet, it says it's the complete pilot, but there's a sketch missing. You'd have to be either a die-hard KITH fan or have too much money on your hands to own this DVD, which looks and sounds nice. If you like the "Kids in the Hall," you owe yourself at least a look at this DVD, even if just for the extras, but it's not deserving of a space on your shelf unless the price comes down dramatically.