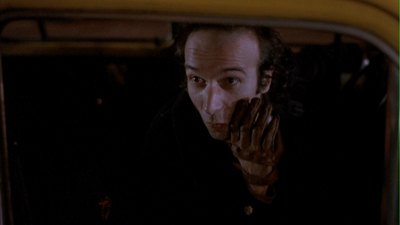 The original tagline for Night on Earth is about as succinct and accurate as any description I can come up with. That's the basic premise for Jim Jarmusch's 1991 movie, and there have certainly been movies made that started with less. (Jarmusch's own Coffee and Cigarettes comes to mind.) Yet, rarely has anyone done more with so little.

Night on Earth, now released for the first time on DVD by the Criterion Collection, is kind of the movie equivalent of a short story collection. Five precise little nuggets of cinema, each standing on their own, but all reflecting the author's grace and style, all mining the same rich thematic vein. On a single night, at the exact same moment, five different travelers get into five different cabs. Jarmusch doesn't show off and create a rapid-fire montage of the passengers hailing their drivers, but instead keeps the divisions clear. The only connectors are shots of a wall full of clocks, each labeled for their corresponding city, and between each story their hands move backward to the same starting point, creating a context of time and place.

In Los Angeles, a high-powered casting agent (Gena Rowlands) in the midst of a talent search is driven home from the airport by a spunky girl (Winona Ryder) with her teeth firmly planted in the drumstick of life. Across the country in New York, in the dwindling hours of a night out, a speed-talking native of the city named YoYo (Giancarlo Esposito) meets a German ex-pat (Armin Mueller-Stahl) on his first night as a hack, and the passenger soon has to become the driver. Jumping over the ocean, 4:30 in the morning, an African immigrant (Isaach de Bankolé) with a chip on his shoulder picks up a more than capable blind woman (Beatrice Dalle) who knocks that chip right off. In the same time zone, a blabbermouth driver, played hilariously by Roberto Benigni, gives a ride to a priest (Paolo Bonacelli) and talks him to death with bawdy confessions. Finally, just as the sun is nearing its return, a taxi man in Helsinki (Matti Pellonpää) ferries three drunks back home. They think they have the biggest sob story in the world, but their driver quickly trumps them.

It's trendy right now to tell interconnected stories where every action on one side of the globe has an equal and alternately negative or positive reaction on the other side. Movies like Babel and television shows like Heroes and John from Cincinnati vainly struggle to show us that all of life is linked in some way. Jim Jarmusch doesn't spend any time chasing butterflies to see if their flapping wings will cause a hurricane. Rather, with Night on Earth, he connects his characters by showing how different they are. In his world, we all take cabs to get where we are going, but there is nothing more to it than that. Yes, there is a shared human experience, but we are still all unique and individual personalities. Viva la difference!

And Night on Earth works so well just for that reason. Jarmusch has always had an eye for the quirky traits that make the average citizens much more interesting than any Hollywood focus group construct. Every character in each of his stories (I hesitate to call them vignettes) is vividly drawn, full of personality and utterly believable. Even Benigni's outlandish routine, despite being played as a gag, is so alive that it never gives one pause. He's so utterly in the moment, why would you ever doubt? Likewise, the rapport between Gena Rowlands and Winona Ryder is instant and electric, whereas Mueller-Stahl shows that the old adage about acting being reacting is entirely true, letting Esposito run with the scene and bouncing off his fellow performer's manic energy.

Structurally, Jarmusch knows exactly what he is doing with Night on Earth. He picks the mood for each segment to fit a very clever arrangement that slowly increases the comic levels, placing Benigni's near orgasmic release in the queue just ahead of the Finnish comedown. When you think about it, the script actually mirrors the natural swings of being out all night: the tentative warm-up leading into a good time, the crankiness when it gets late followed by the second wind, and the eventual return to home and normalcy. Put a Tom Waits song on either side, and you've got the kind of monumental all-nighter you're still going to be telling your buddies about years later.

Jarmusch has one up on us in that he is able to put his Night on Earth on film, making buddies out of all of us. Even if we're not all connected out in the real world, when a good storyteller takes over the cinema, we are all one passenger in his gilded yellow cab. 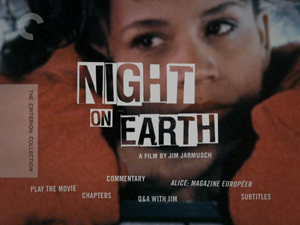 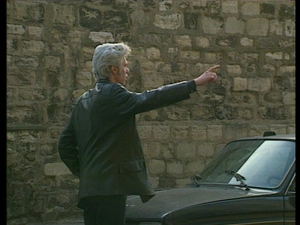 Video:
Given the long wait to see Night on Earth come to DVD, Criterion would have been in big trouble if they hadn't made this movie look good. I'm happy to report that, working in tandem with Jarmusch, this digital transfer is stellar. The colors are beautiful and their print is spotless. The aspect ratio is 1.78:1.

Sound:
The stereo mix for Night on Earth - Criterion Collection is clear and sharp, and though it's mostly dialogue, you will notice some nice effects with the sound of the cabs as they drive through the city streets. The soundtrack is in four languages--English, French, Italian, and Finnish--and subtitles come on automatically for all the non-English segments. You can also turn them on for the entire film, or even turn them off if you're one of those people that can actually speak those four languages.

Extras:
Jim Jarmusch is not the sort of director that does commentaries, but for Night on Earth we get added audio on selected scenes from his director of photography Frederick Elmes (who also shot Wild at Heart and a bunch of Ang Lee films) and on-location sound man Drew Kunin (also an Ang Lee crew member, and most recently part of the sound team on Zodiac). The commentary speaks in detail about the challenges of working in multiple cities around the world and the special techniques they brought to each one, as well as other technical challenges like shooting almost entirely in moving cars. The track does not jump you from scene to scene through branching, but at the end of each audio segment, a voice comes on and tells you the chapter where it picks back up again, and so it's pretty easy to flip from spot to spot. (You can also select each piece via a submenu index.)

Instead of a commentary, Jarmusch chimes in via a Q&A session, fielding queries sent into Criterion's website, something he also did on their release of Down By Law. This is an audio interview, running nearly an hour, and featuring a separate introduction by Jarmusch, where he explains that he never watches his movies after they are completed and thus might have some fuzzy recollections (also explaining why he doesn't do his own commentaries). The questions are really good and take a few tangents we might not get from a normal interview. You can play the entire program as one, though once you start, you can't navigate or pause or do anything else within the audio. You can also choose each question one by one, as they are indexed and organized by the city that the person asking the question is from. In a clever design motif, each city is represented by a clock, all set at the same moment but based on the time zones the fans are in.

Additionally, for a more "of the moment" point of view, we get a 1992 interview with the director from Belgian TV, where he rides around in a cab for about five-and-a-half minutes and talks about the movie.

The booklet that comes with Night on Earth - Criterion Collection is a fat forty pages, with contributions from author Paul Auster (Jarmusch was an actor in his movie Blue in the Face) and critics Thom Andersen, Bernard Eisenschitz, Goffredo Fofi, and Peter Von Bagh. Each writer's piece is about an individual segment on the film and they all focus on the city they hail from. Rounding out the book are photographs from the movie and the lyrics to the film's songs, written by Tom Waits and Kathleen Brennan.

FINAL THOUGHTS:
Highly Recommended. Jim Jarmusch's 1991 feature is an unpretentious, charming collection of five stories about different people around the world and the cab drivers who get them where they need to go. Funny and poignant, Night on Earth - Criterion Collection is a breezy concept executed with a confident ease, but also brimming with human experience. While more self-congratulatory epics crumble under their own labors when trying to sew a thread between all human life, Jarmusch plainly shows that for all of our shared experiences, we are still who we are, and that is what makes the world go around, not some random cause-and-effect link-up. Populating his film with the finest actors he could wrangle, Night on Earth is one of those rare delights, like a good party that you never want to end, the revelry only ceding its importance to the sun. 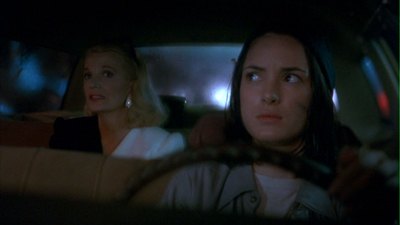