Amazing Journey: The Story of the Who 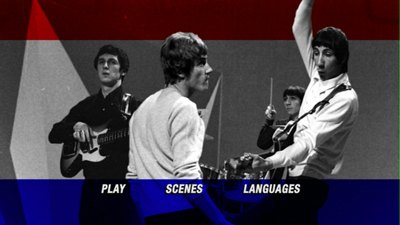 I never get tired of hearing good rock 'n' roll stories. That early rush of creativity, the gang mentality, success and ambition, the fall and inevitable return. Like any type of story, the general outlines tend to be the same, it's the personalities and how things are told that makes them different. After the tremendous success of Martin Scorsese's exhaustive portrait of Bob Dylan, No Direction Home, a couple of years ago, I was happy to hear the producers were next turning their attention to one of my all-time favorite bands, the Who. Sure, I've heard their tale multiple times, but it's one so rich in excitement, passion, and turmoil, there's always going to be more to explore. Plus, with a good rock documentary, one where the band has participated, you also get the music, and even if the story lands on familiar beach, the crashing of the waves always sounds great.

How exciting for me as a Who fan, then, that Amazing Journey: The Story of the Who has material that surprises even me. I've seen my fair share of Who profiles, watched compilation tapes and live DVDs, and yet Amazing Journey dusts off quite a few clips that I had not seen before. There are early, fiery performances as the High Numbers and footage of singer Roger Daltrey walking offstage when his band is too high on amphetamines to keep the proper tempo; there is also later footage of the first performances after the deaths of drummer Keith Moon and more recently bassist John Entwistle. Plus, so much more in between.

Directors Murray Lerner and Paul Crowder (who also edits and narrates) go back to the very beginning, laying the groundwork by explaining the post-War British childhood that would later inspire the rebellion of Pete Townshend's most incendiary and heartfelt tunes. They dig up old photos, talk to family members of the various band members, including the mothers of Entwistle and Moon, and try to set the scene for how four unique personalities would come together and form one of the greatest rock bands of all time. That was always one of the fascinating things about the Who, how they never really fit together as people, yet somehow they turned that tension into spectacular music. It's something even Townshend would try to get at in my favorite of their albums, Quadrophenia. Lerner and Crowder chronicle all the punch-ups, quirks, demons, and personality flaws that informed the band's rich discography. It's both humanizing and honest, while serving to fan the flames of legend even further.

The filmmakers structure Amazing Journey as a four-sided record, from youth to early fame to the tragic downfall and the perseverance into later years. In addition to archival footage and photos, they have new interviews with various members of the Who camp, such as manager Chris Stamp, producer Glyn Johns, and replacement drummer Kenney Jones. They also bring in more contemporary musicians to elaborate on the Who's influence. These include Sting, the Edge, Noel Gallagher of Oasis, Eddie Vedder, and Steve Jones from the Sex Pistols, who was there the night Townshend made a drunken fool of himself that led to the elder statesman writing "Who Are You," putting his fear of the rising tide of punk on record. The visual style is usually pretty straightforward, sometimes mimicking the scratches and stutters of a skipping record in ways that work really well, and sometimes going a bit cliché, such as when LSD is discussed. Still, Amazing Journey is a smoothly constructed documentary, moving along at a steady rhythm. Its main focus is on the first twenty years, with the band's off-and-on career following the loss of Keith Moon in 1978 covered in only the final quarter.

Both surviving members of the band, Roger Daltrey and Pete Townshend, sit down for new interviews. In addition to the rare performance footage, it's these candid talks that are the main draw of Amazing Journey. Both of the rockers open up about their careers, discussing how their various insecurities led to some of their decisions, owning up to mistakes and misbehavior, and also scraping away at the veneer to expose what drove their music. I was surprised to hear Townshend say he had considered quitting music to make movies, as well as hearing the real explanation why the group has consistently reformed over the last two decades. The band doesn't shy away from the bad times, either. How John died and the false accusations Pete suffered in recent years aren't necessarily personal high points for the band, and yet there they are.

The perfect music documentary is one that speaks to the lingering excitement of longtime fans while also serving as a primer for newcomers to experience the music. By that criterion, Amazing Journey: The Story of the Who has no equal. I immediately scrambled for my copy of The Who Sell Out when the film was over and let it be my soundtrack for writing my review. Though I had heard plenty from and about the Who during the two hours Amazing Journey ran, it just made me want more. Encore, please! 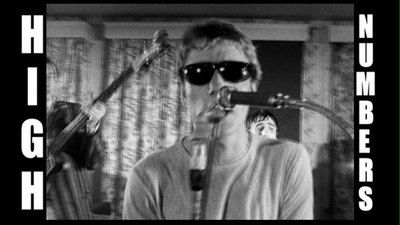 Video:
This DVD is super-duper in terms of image quality. Amazing Journey: The Story of the Who was made to be seen widescreen, and the anamorphic transfer is at a 1.85:1 aspect ratio. It looks great, and the directors even thought ahead as far as the old footage. They created an unobtrusive, stylish frame for the fullscreen performance footage that allows them to integrate it into the newer widescreen material. Also, whenever possible, they cleaned up the archival items so they look brand new.

Sound:
Naturally, the sound here needs to be as good as the picture, and the 5.1 Dolby Digital mix is good and loud without distorting the music. There are also English subtitles for the deaf and hearing impaired.

Extras:
Amazing Journey: The Story of the Who is a two-disc set, with each DVD coming in an individual slimline case and packaged together in a cardboard box cover. A 12-page color booklet of liner notes, including photos and a breakdown of what is on the DVDs, also comes with it. 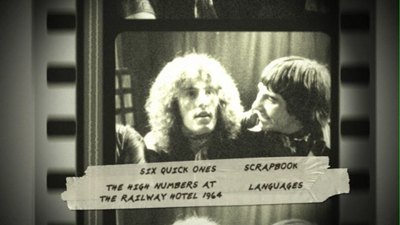 DVD 1 has the main feature on its own, while DVD 2 has two more hours of extra material, keeping the same sound and video specs of the main disc. The main portion of the second disc is titled Amazing Journey: Six Quick Ones, a collection of six more mini documentaries, giving each band member more individual air time and delving into specific elements of the Who's artistry. Together, these run close to 90 minutes (you can watch each segment alone, or all at once). The compact biographies of Roger, John, Pete, and Keith are all from the same pool as Amazing Journey proper and contain more performance footage, but with a specific intention of getting to the heart of what made each individual player sound the way they did. I was particularly pleased to see a more recent acoustic version of "Real Good Looking Boy" that showcases Roger's more aged voice.

"Real Good Looking Boy" is also the subject of D.A. Pennebaker's Quick One, "Who's Back." The recording of the song for the Who's most recent greatest hits compilation (2004) was captured by the director who chased Dylan in Don't Look Back and filmed the Who for Monterey Pop.

Lastly, "Who Art You" explores how the band joined the mod movement and its pop-art leanings. It includes bits of the commercial they did for Coca-Cola, which then lead to The Who Sell Out. This features commentary from Richard Barnes, author of many a Who-related book, including the quintessential photo book on the youth movement, simply titled Mods.

21 more minutes are given to "The Scrapbook," deleted and extended stories from the documentary. These are in five segments:
1. "Dinner With Moon" - Manager Bill Curbishley's story of an extraordinary Keith Moon bender and John Entwistle's response to it.
2. "A Legal Matter" - Shel Talmy and Glyn Johns recall the contractual fight between Talmy and the band.
3. "Won't Get Fooled Again" - Peter Townshend relates the real inspiration behind one of his more popular numbers.
4. "Cincinnati: The Whole Story" - Curbishley relates in full his perception of what happened when concert-goers got trampled at a show in 1979.
5. "Royal Albert Hall 2000" - Noel Gallagher's amusing anecdote about being invited to play with the guys at a charity gig.

Finally, "The High Numbers at the Railway Hotel" is nearly 8 minutes of the recently unearthed footage of the band in 1964, playing two R&B covers uninterrupted. This very early film was shot for a proposed movie Kit Lambert and Chris Stamp wanted to make, a chronicle of an up-and-coming rock band that never happened.

FINAL THOUGHTS:
Simply put, Amazing Journey: The Story of the Who rocks. The Who is one of the greatest bands of all-time, a rightful member of the original holy trinity of the British Invasion. Unlike the Beatles and the Stones, however, there was something incendiary about the Who, something dangerous. They were almost like both bands in one, a clear gang of four, bustling with creativity, and yet out on a rough-and-tumble edge. This fabulous documentary, along with its disc of six bonus films, tracks their remarkable career from humble beginnings through massive success and on into the twilight years. Rare performances and candid interviews give us a glimpse behind the curtain like never before. Highly Recommended. 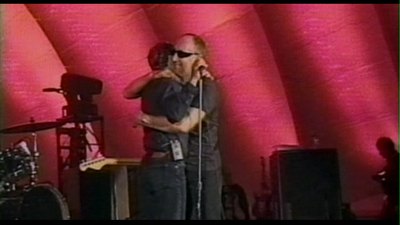