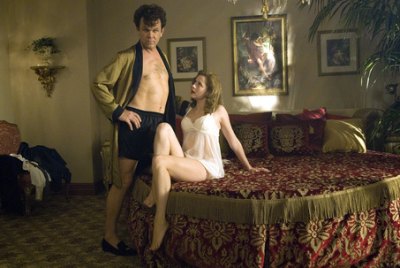 When you think about rock music's origins, there's one word that is utterly inescapable: Cox. While many look to Elvis Presley, Little Richard, or Chuck Berry as rock's progenitors, their contributions are overshadowed by the work of Dewey Cox. A pioneer in popular music from the 1950's to the 1970's, Cox changed the way we thought about music, about our world, and about our lives. Whether he was protecting the rights of midgets in America, or hopped out of his mind on PCP, Cox always did what he felt, and he always walked hard.

What's that? You're saying you've never heard of Dewey Cox, musical innovator? You're well versed in popular culture and you swear you've never come across such masterpieces as "Guilty As Charged" or "Hole In My Pants?" OK, you got me. Dewey Cox isn't a venerable rock legend. He's a creation of director Jake Kasdan (Orange County) and producer Judd Apatow (Knocked Up, Superbad, The 40 Year Old Virgin). Intended as a spoof on the recent rash of musical biopics (the obvious touchstone would be, of course, Walk The Line), Walk Hard: The Dewey Cox Story arrived with a lot of fanfare. However, despite relatively strong critical reactions, and the expected built-in Apatow audience, the film underperformed at the box office, and was seen by many as the movie that burst the Apatow bubble. I will admit that the lukewarm reaction from my friends and co-workers prompted me to skip the picture in the theaters, knowing an extended cut would be available on home video. 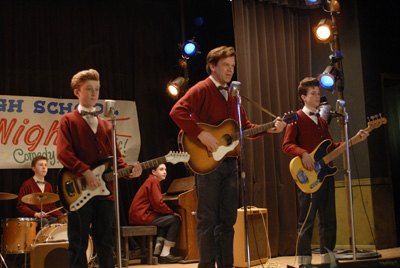 Well, that extended cut has arrived. Running almost half an hour longer than the theatrical version, Walk Hard has got enough Cox in it to make a grown man weep. Watching the two cuts back to back, I can understand why so many were left underwhelmed with the theatrical release. Large sections of important material had been excised, making the film feel uneven and sometimes abrupt. Thankfully, the longer edition doesn't just pad the running time. It's better paced, funnier, and an all around more satisfying experience. Had this cut been released in theaters, perhaps people would have a better opinion of Mr. Cox.

Of course, it didn't help that Walk Hard was very different from any previous Apatow production. Aside from the Will Ferrell films (Anchorman, Talladega Nights), where Ferrell and his lunacy is the main draw, the rest of Apatow's films have been squarely observational. The 40 Year Old Virgin, Knocked Up, and Superbad all tell tales that anyone can relate to. Walk Hard is a very different movie. For one thing, it's a parody. For another, it has a very zany, Airplane!-esque sense of humor that is much more over the top than Apatow's other hits. And while his previous productions may have offered some ribald humor, Walk Hard takes things even further, with full frontal male nudity and a bevy of subtle and not so subtle sexual jokes (hell, they even have Dewey marry Cheryl Teigs in one scene just so they can call her Cheryl Cox-Teigs). 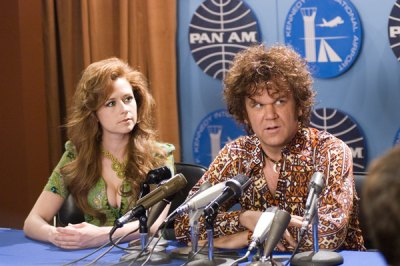 To be sure, Walk Hard is its own beast. But in the grand tradition of music parodies like Spinal Tap, the film offers endearing characters and songs that can stand proud (and hard) next to the real thing. John C. Reilly is fantastic as Dewey Cox, adhering to the film's principle of making a spoof with Oscar-worthy performances. He fully commits to the character, making Dewey the kind of Cox we love. Jenna Fischer from The Office also dives into the role of Dewey's great love, Darlene. The film is laden with celebrity cameos, most famously the quartet of Jack Black, Paul Rudd, Jason Schwartzman, and Justin Long as The Beatles. But you've also got Jonah Hill, Frankie Muniz, Jack White, Cheryl Teigs, Cheryl Ladd, Patrick Duffy, Harold Ramis, Jewel, Jackson Brown, Lyle Lovett, and more. The supporting cast, including Tim Meadows and Chris Parnell, are frequently hilarious, able to indulge in the zaniness even more than Reilly.

The real lynch pin of the piece is the music, and Walk Hard excels in that area. The title track is an amazing facsimile of Johnny Cash at his most accessible, and "Guilty As Charged," with a mariachi band, could be the dark underbelly of "Ring of Fire." We get parodies of Roy Orbison, Bob Dylan, The Beach Boys, disco, a sleazy lounge version of "Starman," and more. In fact, there was so much music written and recorded for the film that on iTunes you could purchase the soundtrack with an additional sixteen songs, all of them hilarious. Walk Hard has the best set of tunes of any rock parody since Spinal Tap. John C. Reilly performs all of them and he's actually got quite a nice voice.

Walk Hard is consistently hilarious. Interestingly, some of the best stuff is in the extended footage. As a parody, Walk Hard can be a little scattershot. The early scenes are a pretty much spot on spoof of Walk The Line, but as we get further away from the 50's, the scope of the film grows, gaining its own momentum with a series of sight gags and bizarre asides. The best scenes are either pointed (Tim Meadows staunchly demanding that Dewey not smoke pot, while pointing out that it doesn't give you a hangover, it's not addicting, you can't OD on it, and it's the cheapest drug there is) or simply out of the blue (Dewey tearing sinks out of walls whenever he's angry). Not every gag works (the smell-blind joke has maybe the longest setup in film history for a weak payoff), but a surprising amount work very well. So no, Walk Hard is not like Apatow's previous productions. But in its extended form, it can sit proudly next to those films, knowing it took it in the face and walked as hard as it could. 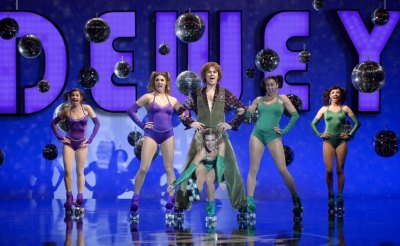 The Image:
Sony presents Walk Hard: The Dewey Cox Story in its original aspect ratio of 2.40:1 in a 1080p AVC-encoded transfer. Shot with high definition Genesis cameras, Walk Hard reaps the benefits of a direct digital transfer. The image is crisp, with plenty of available detail. The colors are bright and poppy, especially during the psychedelic phase. At times, the reds are pushed a little too far, making some of the scenes overly warm, but there's a lot to appreciate in this transfer.

The Audio:
Sony offers two lossless Dolby True HD 5.1 mixes (English and French), and two lossy Dolby Digital 5.1 mixes (Spanish and Portuguese). The music in the film sounds lush and gorgeous, with the warmth of John C. Reilly's voice and the instruments combining together warmly. However, during the dialogue sequences, the film feels like any other stereo comedy. While Dewey's southern drawl is never difficult to understand, nor is the Hasidic dialogue of Harold Ramis. I was hoping for more surround use throughout the picture (for comparison, Superbad, another dialogue heavy film had brilliant and immersing surround sound), but the music is the key, and the music sounds delightful. 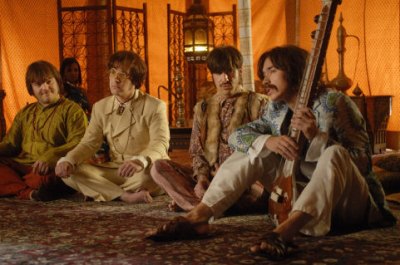 The Supplements:
Sony has released Walk Hard in a two-disc special edition, with both the theatrical and unrated cuts on the same disc, available via seamless branching. The set is Java heavy, but it includes a handy Java-based resume feature for picking up right where you left off if you stop or eject the disc. Except where noted, all the features are in 1080 high definition. 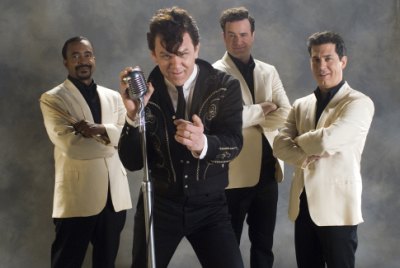 The Conclusion:
Walk Hard: The Dewey Cox Story was a theatrical disappointment, but a new extended cut gives it new life on home video. Hilarious and at times touching, Walk Hard is highlighted by fully committed performances and a collection of the finest parody songs since Spinal Tap. This Blu-ray disc looks and sounds great, and is packed to the gills in special features, almost all of them in high definition. So walk hard to your local video store and pick this up. Highly Recommended.