MPI Home Video // Unrated // May 27, 2008 // Region 0
List Price: $39.98 [Buy now and save at Amazon]
Review by Stuart Galbraith IV | posted May 3, 2008 | E-mail the Author
For many years The Honeymooners was synonymous with the "Classic 39", the name affectionately applied to the fleeting, single-season run of one of television's greatest sitcoms. For a while those half-hour episodes from 1955-56, shot on film (in the Electronicam TV Film system, i.e., 35mm) - episodes run and rerun into the ground almost continuously since the 1960s - seemed to be all that still existed.

But in fact star Jackie Gleason developed The Honeymooners in sketches as far back as October 1951, on his first big success, Cavalcade of Stars, and fine-tuned his creation when The Jackie Gleason Show debuted the following summer. More than three decades later, beginning in 1985, many of these kinescoped sketches were released as "Lost Episodes." Less well known is that after the Classic 39 Gleason continued reviving "The Honeymooners" as part of larger variety series and specials, the last visit with the Kramdens and the Nortons airing in 1978. MPI's Color Honeymooners are shows derived from a hour-long incarnation that, to the Great One's chagrin, dominated The Jackie Gleason Show, his 1966-1970 variety series. 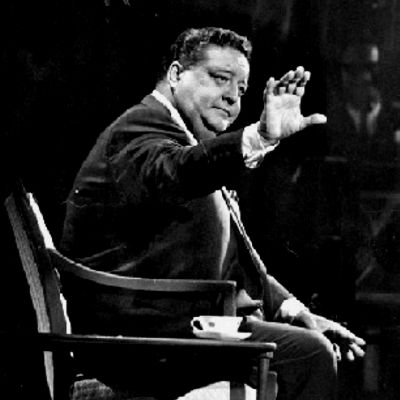 For those weaned on the 1955-56 Honeymooners, the "Color Honeymooners" takes a little getting used to. Where the Classic 39 was a half-hour show shot in black and white on 35mm film, the "Color Honeymooners" is an hour series, in color and shot on videotape. Though Art Carney is back as upstairs neighbor (and Ralph's best pal) Ed Norton, Classic 39 stars Audrey Meadows (as Alice, Ralph's long-suffering wife) and Joyce Randolph (as Ed's wife Trixie) have been replaced by Shelia MacRae and Jane Kean, respectively. (Meadows and Randolph didn't want to relocate to Miami, where the 1966-70 Jackie Gleason Show was filmed.) For some, the most jarring change is the addition of Broadway-style, big-scale musical numbers. The old show rarely left the Kramden's cramped, dingy Bensonhurst apartment, but in the "Color Honeymooners" not only do the four stars frequently break into song, new settings often incorporate dozens of dancers prancing around lavish sets.

Add to that, Gleason and Carney were a full decade older. At 50, Gleason looks pretty much the same except for a deep tan that would seem to contradict expectations of a bus driver shuttling around Brooklyn all day in mid-winter. Carney, on the other hand, is both older (48) and substantially heavier - not anything approaching Gleason's bloated proportions, but Carney's newfound gut tends to undercut Norton's cracks about Ralph's weight. Fortunately, both are at or near the top of their game; their timing and reactions remain impeccable. Though at times Ralph and Ed seem to exist in a weird, alternate universe, there's no question that they're the same guys from the Classic 39.

The show's themselves, most reworked from pre Classic 39 "Honeymooners" sketches from 1951-54, are a mixed bag. The 52-minute length works against their success; almost every show is padded with extraneous material. Some ideas don't really fit the Honeymooners' universe. MPI's first volume of "Color Honeymooners" had Ralph win an all-expenses-paid European vacation. That fit the style of the 1966 Jackie Gleason Show but never would have happened on the Classic 39. On that series, Ralph probably would have blown $500 on expensive luggage and other luxuries only to be disqualified from the contest.

And yet in its own way "The Color Honeymooners" is quite enjoyable. Even the weaker shows are vastly superior to virtually all other mid-'60s variety series (compare this to now hopelessly dated and painfully unfunny programs like Laugh-In and The Dean Martin Show), while the better ones fitfully approach the hilarity of the 1955-56 series, thanks mainly to the delightful performances of the stars.

Add to that, when one considers that The Jackie Gleason Show was virtually presenting a brand-new one-act Broadway musical every week, 28 per season, "The Color Honeymooners" is a pretty astounding achievement. Imagine having to learn four or five new songs plus choreography over four or five days each week, along with dozens of pages of dialogue. (Gleason is on camera probably close to 40 minutes on each 52-minute episode.) The four leads pull off polished performances without the aid of TelePrompTers (the opposite of shows like Saturday Night Live, where the comedy potential suffers dearly) and in front of an actual live audience, unlike many '60s/'70s TV variety shows (that faked it with canned laughter).

Indeed, one of the fun things about these later Honeymooners is the obvious synergy between Gleason and his beloved Miami audience ("the best in the world" he often said with obvious sincerity). Some shows briefly cut away to the appreciative audience, and most end with Gleason and company taking a well-earned curtain call.

Though for many Audrey Meadows will always be the one and only True Alice, she was neither the first nor the last, nor did she play the role the most. She was arguably the best of Ralph's put-upon wives however, maybe because audiences felt the genuine suffering she endured as the wife of such a selfish, immature husband, or maybe because she was the toughest cookie of the bunch, a woman who didn't take Ralph's crap for very long.

That said Shelia MacRae makes a marvelous Alice. Her retorts to Ralph's insults may not have the acidity of Meadows', but she's made of strong stuff in her own right, and MacRae is just terrific in the musical numbers, possibly better than Meadows would have been. Jane Kean is also fine in the big picture of things, though she lacks Randolph's quirkiness and natural chemistry with Carney.

The 1966-70 Jackie Gleason Show was shot in color, on videotape, when that technology was still relatively new - two-inch videotape (yes, two-inch tape) had only been in use for about 10 years. The picture tends to be very soft and limited, though the technology does seem about 10 years ahead, video-quality wise, of most of the rest of the world. Shows are neither edited nor time-compressed, with four episodes on each of the three single-sided discs.

The first nine shows are all culled from September-December 1967, during The Jackie Gleason Show's second Miami season. The last three date from September-October 1968: season three. Presumably this is because Gleason revived "The Honeymooners" only intermittently on The Jackie Gleason Show, though CBS would have preferred he did nothing else. One guess in one or two more volumes MPI will exhaust all the "Color Honeymooners" episodes, and hopefully MPI will tackle the mid-'70s specials after that.

The English Dolby Digital 2.0 mono audio is okay, poor by today's standards of course, but about par for a mid-'60s variety series. English subtitles are offered, and the disc, happily, is all-region.

It's all well and good to dismiss The Color Honeymooners as "less pure" than the classic 39, and there's nothing wrong with watching "Better Living Through TV" for the 87th time, but "The Color Honeymooners" has more than its share of laughs. The added length, the cast changes, the addition of color and musical numbers, etc. work against the show's dramatic core in some respects but offers its own unique charm in other ways. It's a full notch below its predecessor, but that still puts it way ahead of most of the pack. Recommended.