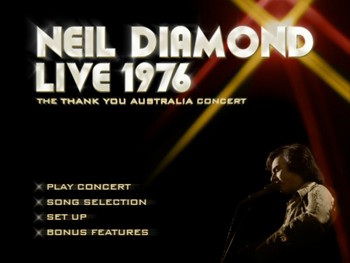 In 1976, Neil Diamond ended his monumental tour of Australia and New Zealand by playing to 38,000 fans in Sydney, a record number for a pop concert at the time. Originally broadcast as a television special, Neil Diamond - The Thank You Australia Concert: Live 1976 captures that historical night, preserving a consummate performer at his most muscular.

Striding the stage in yellow shirt and leather pants, Diamond is a master showman, playing to the rafters while somehow making the massive venue into an intimate club show. The singer spends almost as much time chatting with the crowd as he does playing music, including an extended runthrough of all the places from around the country and around the world the concertgoers have traveled from. He also instigates one of the most impressive singalongs I've ever seen at the end of "Song Sung Blue." It's so successful, the audience demands more, inspiring Diamond to ask them to whistle the melody along with him. 38,000 lips (or is that 72,000?) puckered at once, blowing one man's song in unison. Though I imagine it feels pretty good to be Neil Diamond most nights, even for him, this one must be special.

Diamond is actually feeling pretty good throughout the show. He and his band are completely in tune with one another, having worked their way across the continent to get to Sydney. They aren't just celebrating the end of the tour, though, they are also celebrating Diamond's ten-year anniversary as a recording artist. Therefore, the set list was designed to highlight the hits, with a slightly heavier leaning toward some of the early '70s output. The arrangements of many of the old favorites have been altered to fit the fluid nature of live performance. So, we hear a laid-back, slowed-down "Solitary Man" and a far funkier "Cherry Cherry." Most astonishing, though, is a softer, more melancholy "I Am...I Said." It starts slow, just Neil and his guitar, and builds as it goes, gathering steam and speed like a locomotive. Really, for a performer that is known for going big, Diamond keeps the bombast to a minimum on Thank You. The nearly two-hour concert is more like a campfire love-in than a huge event.

The main set ends big with a medley of five songs from the Jonathan Livingstone Seagull score, and then, of course, a rousing "Brother Love's Traveling Salvation Show." The only encore, however, brings things back down to the quiet and personal. Ending the night with "I've Been This Way Before" cements the show as something that sets aside the grand scale in favor of making the concert something special made for each and every person who watches it, and for them alone. 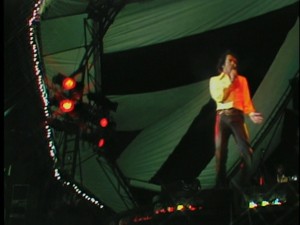 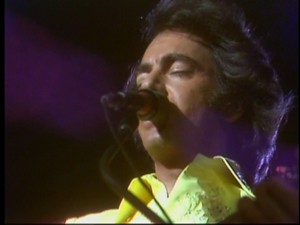 Video:
For a production like this, shot for Australian television over 30 years ago, the DVD of Neil Diamond - The Thank You Australia Concert: Live 1976 looks amazing. Though obviously recorded on video rather than film, the source material is surprisingly crisp and free of scratches, dirt, or any other wear and tear. The colors look good, and at least as strong as the original 4:3, full frame broadcast.

It's a multi-camera shoot, capturing many different angles of the stage, as well as audience shots. The film is short on effects--probably thankfully, given the effects available to TV at the time--except for some seagull-related imagery for the medley of songs from Diamond's Jonathan Livingstone Seagull soundtrack.

Sound:
The Dolby Digital mix of the soundtrack maintains the real concert vibe, with what sounds like very little overdub or alterations to the mix. Thus, when "Cracklin' Rosie" starts, for instance, the organ is louder in the mix than the rest of the band, which would likely be how it sounded if you were standing in the stadium.

The interview bonus feature has multiple subtitle options: English, Spanish, and French. These are not available for the main feature, though there is English Closed Captioning on the concert. The packaging also advertises Dutch, Italian, Portuguese, and German "subtitle streams" for the interview in the fine print, but either I don't know what that means, or it's a misprint.

Extras:
There are multiple extras on this DVD, all from the time period and the hype surrounding the show. Those who are here mainly for the music will be glad to hear that "Morningside," which was cut off by a commercial break, is shown in full as bonus feature. There are also a commercial break included that shows Diamond performing the advertisements live on stage at the show so that they wouldn't have to break away for pre-recorded material. Thus, you get a little over five-minutes of Neil Diamond jokingly selling chocolate and Pioneer recording equipment, making fun of the copy as he reads it, seemingly for the first time.

A four-and-a-half minute introduction from David Frost is amusing for its seriousness. The legendary television personality speaks of the event as one might for the crowning of a monarch as the camera pans across the Sydney Sports Ground, shows footage of setting-up the stage, and then appearing on camera himself, filling in time while waiting for Neil to take the microphone. "The whole thing had to be planned rather like a military operation..."

Neil talks himself on the Australian television show "A Current Affair" (not the U.S. tabloid program). The forty-seven minute program features Neil discussing his press shyness and sabbatical from music, his work process, his childhood, early career, poetry, vices, his love of live performing, and much more. There is also some concert footage and some fan comments that the singer also responds to.

Finally, there is a photo gallery of previously unreleased still images.

The disc comes in a sturdy cardboard book, which slides into an outer slipcover featuring the same images and information as the interior piece. There is a slot inside the case for two paper inserts: a reproduction of the advertisement for the broadcast that ran in the Sunday Independent and a booklet with credits, liner notes, and photos.

FINAL THOUGHTS:
Highly Recommended. Though the man may have faltered some in the 1980s and 1990s, he was always an incredible live performer, and this DVD, Neil Diamond - The Thank You Australia Concert: Live 1976, is a recording of the singer when he was on top of the world. His final show of the Australian tour with a set list celebrating ten years of making music, it was broadcast on Australian TV and features Neil turning the Sydney Sports Ground, packed with 38,000 people, into an intimate showcase for his catchy pop songs and more grandiose flights of melody. Restored here from an excellent master source and featuring vintage extras that reveal the hype that surrounded the event, this show is just as awesome today as it would have been in 1976. Neil is on tour right now, and this disc makes me really want to get a ticket. 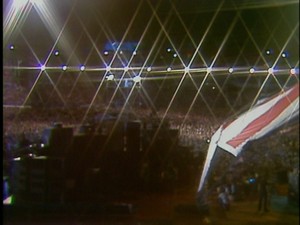 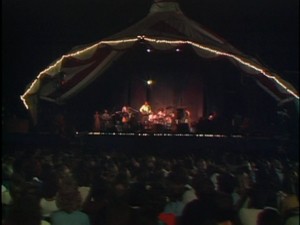