On The Other Side

Other // Unrated
List Price: $49.95 [Buy now and save at Der]
Review by Chris Neilson | posted August 8, 2008 | E-mail the Author
While the conditions endured by illegal migrant farm workers in the United States have been fairly well explored in numerous documentaries, news broadcasts, and articles, the personal stories of lawful alien farm workers have been largely ignored. The 51-minute documentary, On the Other Side, directed by Peter Scheehle and Allan Shinohara, goes a long way toward rectifying this by shedding light on the experience of four of the thousands of Jamaican migrant agricultural laborers lawfully working American tobacco fields thanks to a twenty-year-old joint U.S.-Jamaican labor agreement.

Tobacco is one of the few crops still harvested completely by hand in the United States. Fairview Farms in Franklin County, Massachusetts is one of hundreds of independently-owned American tobacco farms employing lawful migrant workers to do the labor. Fairview Farms employs up to 40 Jamaican migrants to harvest the crop from July through September, with a handful staying on to process the dried tobacco through late November or early December. 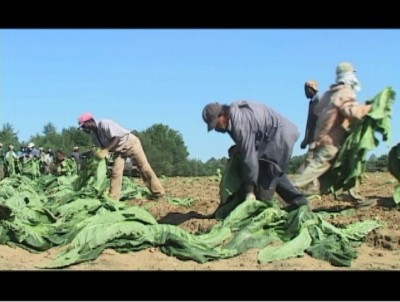 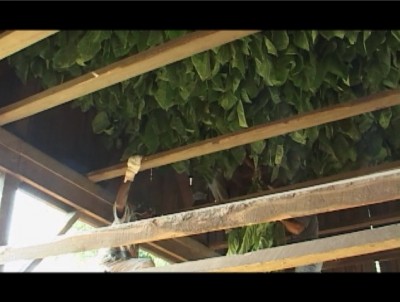 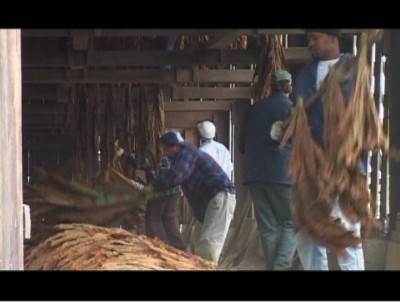 Each July the workers arrive, some fresh from Jamaica, others from one of the numerous apple orchards stretching from New York to Maine. During their stay they reside on site in a bunk house with amenities including a commercial-sized kitchen, television, and land for the workers to grow their own vegetables. The men earn $8 per hour and pay nothing for housing. Working hours stretch up to 80 hours per week during peak harvest.

With long work hours, limited access to transportation, and few businesses nearby, the men spend nearly all of their time on the farm. When not working, they talk, watch TV, play dominoes, cook, and tend the vegetable garden. Though they have only limited access to outside shopping, their desire for clothes, furnishings, and electronics to take back to Jamaica is satisfied by an entrepreneur who operates a traveling department store out of the back of a delivery van.

The four men featured in On the Other Side, Humphrey, Clinton, George, and Hans, appear to be representative of the workers as a whole. All are late middle-aged family men looking to earn enough money to provide for their families and to allow themselves a few months leisure at home between stints of work in the United States. Only George entertains any thoughts of residing in the United States long-term. The men like their bosses, and complaints about the working conditions are limited to wanting more working hours, especially during the slow period between the end of the harvest in early September and the beginning of the processing of the dried tobacco in mid-October. The men generally enjoy the camaraderie of their fellows and think of one another as a "family away from family." None express bitterness about their lot in life, and all seem generally positive in their outlooks, looking forward to going home, but also to returning for work next season. 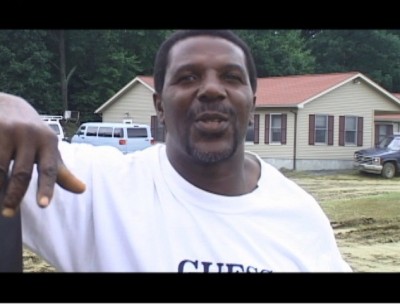 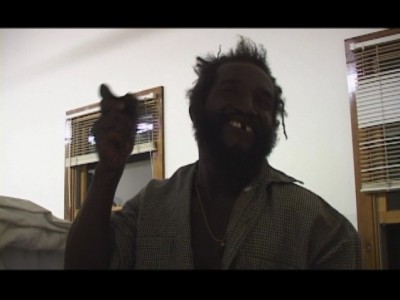 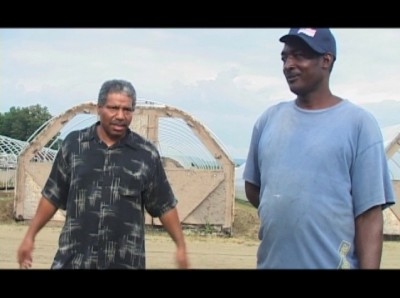 As a documentary, On the Other Side is low-key, but informative. There are no dramatic moments, manufactured or otherwise. The filmmakers do not appear to have any particular agenda other than to provide an accurate portrait of their documentary subjects. Cinematography and sound are competently executed and smoothly edited with little flash. Intertitles are factual and appear viewpoint neutral.

On the Other Side includes a number of excellent Reggae tunes. Songs played or quoted by the documentary participants are unidentified in the credits, but the credits do list the songs added in post production from the Boston-based reggae band The Joint Chiefs, and the California-based reggae band Cornerstone.

The DVD
On the Other Side is distributed by Documentary Educational Resources on a single-layer DVD-R in an alpha case with laser-print quality cover art. The release may be purchased directly from the distributor's website for $49.95 for individuals or $195 for institutions.

Video:
On the Other Side was recorded on DV and is presented in a letterboxed 1.78:1 aspect ratio. This release suffers from significant video problems not limited to the quality of the source material. Even the post-production intertitles and stills display video noise and soft focus, so expect pronounced digital combing, loss of image detail, and other distortions throughout. 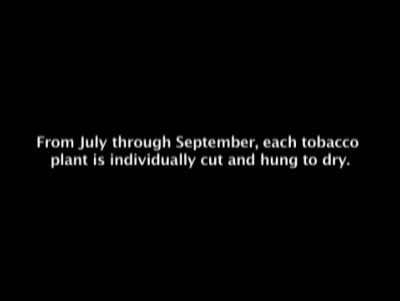 Audio:
This release has 2.0 stereo audio. Although recorded reasonably well on location, the post-production audio mix sounds rough, with no apparent effort to ameliorate the high background noise levels.

Forced subtitles are provided for some of the thicker Jamaican-accented English, but no other subtitle options are provided.

Extras:
There are no extras on this release.

Final Thoughts:
On the Other Side offers a fresh look at the migrant agricultural experience in America through recurring interviews over several months with four itinerate Jamaican agricultural laborers on a Massachusetts tobacco farm. This 51-minute documentary would make for an engaging television episode of PBS's P.O.V. documentary series, or perhaps would be suitable for renting if you can find it, but the low a/v quality and high cost make this unsuitable for purchase for home viewing.