Hypnotically bizarre, The Paul Lynde Halloween Special (1976) is almost indescribable. A garish tapestry of '70s pop culture iconography, it would be easy to dismiss as an alarming anomaly of bad taste except for the fact that, shocking as it may sound to those too young to remember, it's actually a very typical example of what used to pass for mainstream entertainment. Virtually all seventies variety shows and one-off specials looked pretty much like this one, though few could claim such a beguiling mishmash of incompatible talent. 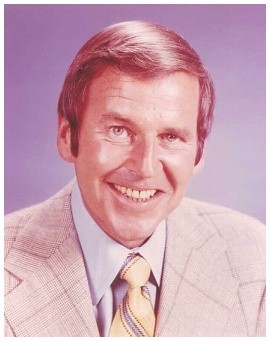 Paul Lynde (1927-82) was a talented comic actor with a unique snickering persona, best remembered as the father in both the Broadway musical and film of Bye Bye Birdie, and later as the "Center Square" on the long-running game show Hollywood Squares. His entertaining delivery was well-suited to cartoons like Charlotte's Web, he was a frequent guest on sitcoms and variety shows going back to the mid-1950s (including The Munsters and Bewitched) and briefly had a sitcom of his own, The Paul Lynde Show (1972), but by then Lynde's heavy drinking and frequent run-ins with the law were threatening to irreparably damage his career.

Lynde was also gay, outrageously so. And yet, strangely enough, Middle America never really caught on. In those more innocent times, viewers in Peoria just didn't think of Paul Lynde in terms of sexual orientation. As Hollywood Squares host Peter Marshall says in the audio interview included on the disc as an extra feature, Lynde not only got the most fan mail, he even received a large number of marriage proposals. From women. Talk about not seeing the forest for the trees.

The Paul Lynde Halloween Special doesn't saddle the actor with a make believe family like Bye Bye Birdie or his short-lived sitcom. Instead, Paul Lynde (Paul Lynde) lives alone save for his cantankerous housekeeper, Margaret (Margaret Hamilton). Wanting to get away for the Halloween weekend, Paul accepts Margaret's invitation to visit her sister. But the sister turns out to be Witchiepoo (Billie Hayes, reprising for the last time her character from the psychedelic kids' show H.R. Pufnstuff), and Margaret - horrors! - is actually The Wicked Witch from the West (from The Wizard of Oz).

They want to hire Paul to improve their public image (or something), and offer him three wishes in recompense. You'd think maybe he'd wish for Steve Reeves or Gordon Scott, but no - Paul's big dream is to drive an 18-wheeler and live the life of a trucker! This segues to some CB radio gags and love triangle shtick with guest stars Tim Conway and Roz "Pinky Tuscadero" Kelly (The Fonz's girl on Happy Days). Next, Paul wishes to become a Rudolph Valentino-type lover, wooing special guest star Florence Henderson (late of The Brady Bunch), who sings a disco re-imagined version of "That Old Black Magic" funnier than when Spike Jones and His City Slickers covered it. Somehow this all gives way to the first-ever network television appearance by the rock band Kiss, who perform three songs while everyone else looks on in utter bewilderment. For their part, Kiss look equally confused when Lynde, Henderson, Hamilton et. al. (including diminutive Billy Barty, as Hayes's butler) shake their booty to Johnnie Taylor's "Disco Lady" for the socko finish.

The show isn't nearly as funny as its canned laughter seems to think it is (I swear every network variety show and special of the 1970s used the exact same 30-second loop of unrestrained guffaws. Hearing it again was nostalgic all by itself) but Lynde's delivery is on the money and frequently funny; he's good at selling mediocre jokes. Talking about his childhood weight problem: "[One Halloween] I went dressed as the Hindenburg. I was a di-sa-as-as-as-terrrr!" At one point he gets to sing his signature song, "Kids" (from Bye Bye Birdie), with new, Halloween-themed lyrics. Lynde's simultaneous expression of embarrassment and pride is priceless.

It's also really fun to see Hamilton in what's really the second lead, reprising her famous character from The Wizard of Oz some 35 years later. Though by now an old woman, in green makeup she's virtually unchanged. I was never a fan of H.R. Pufnstuff, but Hayes gives an impressively spirited performance; she's as fun to watch as Hamilton.

The end of these types of shows was in sight. By 1976, only Donny and Marie Osmond's variety series was still pulling in the ratings. Shows like Pink Lady and The Brady Bunch Variety Hour were if anything much worse than The Paul Lynde Halloween Special. You have to wonder what genius thought die-hard fans of Kiss would enjoy seeing them on a gay comedian's variety special, or that fans of Lynde would be anything other than nonplused by the leather-clad rockers in full makeup.

The show is preceded by a disclaimer warning about the picture/audio quality, that the tape sourced was, it's believed, the only complete existing master tape. Such dire warnings really aren't necessary as The Paul Lynde Show looks just fine for what it is. There are a few videotape wrinkles here and there, but quality-wise it's really pretty comparable to other shot-on-tape shows from its era like Lotsa Luck, John Wayne's Tribute to America, and The Color Honeymooners. There are no subtitle options.

S'More Entertainment has come up with some modest but fun extras. The best of these is a highly entertaining audio reminiscence by Peter Marshall, accompanied by a great montage of photos from Hollywood Squares (lots of wonderfully nostalgic and surprising faces turn up). Marshall remembers Lynde with great fondness but is also honest about his troubled life and has many amusing stories to tell. Marshall should be tapped for more extras like this one - he's great.

Also included is a neatly annotated photo scrapbook of rare photographs, an amusing (for a change) "interactive trivia game based on questions Paul answered" on Hollywood Squares. Finally, there's some animated notable quotes from Paul Lynde.

The Paul Lynde Halloween Special makes for perfect, highly offbeat holiday viewing, particularly for those who remember '70s specials and variety shows with the same mixture of fondness and profound embarrassment as this reviewer. Recommended.