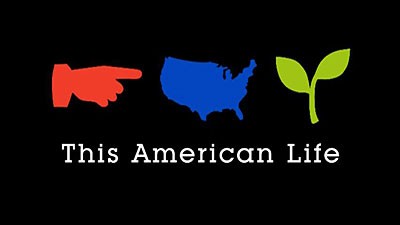 
The Show
Why is it millions of people watch the news and so-called reality TV every day, yet most look at documentaries like are a school assignment (with the rare exception of a Bowling for Columbine or Spellbound.) Documentaries should be the number one genre in America, considering how we manage to make anyone willing to subject themselves to a camera's gaze into some sort of star. Yet, they are still sitting on the sidelines, the wallflowers of the box-office prom.

Despite the lack of commercial success, thankfully the documentarians roll on, and the art form continues to grow and evolve, mixing in style to enhance the journalism and storytelling inherent in these films. Though "This American Life" isn't exactly a documentary series, it's close enough to appeal to fans of those films, yet as dramatic and entertaining as those so-called real-life television programs. There's definitely something for everyone here. 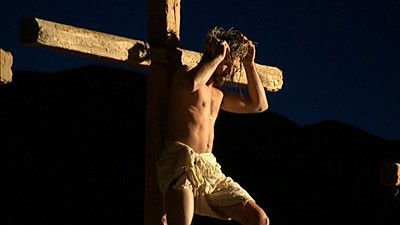 Hosted by Ira Glass, the MC of the show's original incarnation on National Public Radio, the show has a theme each episode, like "The Cameraman" or "Pandora's Box," and from one to three "acts" related to that concept, profiling interesting people and places from across America. With Glass serving to link the segments together in his understated, knowing way, the show has a very smooth flow and, despite the variety in topics, a cohesive tone.

The segments are best when kept short, getting in, introducing the subject, letting you get close, and then walking away, like the story of a photographer troubled by the images that gave him his career or a look at a Chicago hot-dog stand that serves up customer abuse (a scene that should be familiar to viewers of "Insomniac.") This goes double for the even shorter introductory acts, which set up what's to come. The touching moment when a scientist reads a plea for help in the piece on a possible memory-erasing chemical is as memorable as anything else in the series.

Though the shorter entries are the template for the storytelling here, the longer episode-length tales shouldn't be taken for granted. One, about a Utah man who paints religious scenes with the help of irreligious men, is a gorgeously constructed and nicely complex story about religion, family and expectations. Perhaps they were inspired by the guy's paintings, but the usually impressive cinematography is ramped up to an entirely new level here.

The other longer entry doesn't truly fit with the rest of the series, except that it is a slice from an American life. A young guy decides to make a documentary about how his alcoholic ex-rock-star stepfather ruined his family, but things don't work out quite as planned. What works well is the fact that the focus isn't on the man behind the camera or his screwy family, but on the power of a camera to both penetrate and buffer reality. If you couldn't trust Glass and company to tell the truth, it would feel like fiction, it's that messed up. Yet, like the majority of the segments in this series, there's enough of a glimmer of hope that they are almost feel-good stories. Except for the severed testicle. 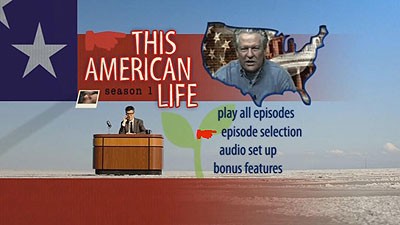 The DVD
The six episodes of Season One of "This American Life" are on one disc, which is packaged in a standard-width keepcase. The DVD features an animated anamorphic widescreen main menu with options to watch all the episodes, select shows, adjust languages and check out the bonus features. Audio options include English Dolby Digital 5.1 and 2.0 and Spanish 1.0 tracks. There are no subtitles but closed captioning is included.

The Quality
The anamorphic widescreen transfers on this series look solid, with appropriate color and a decent level of detail where the footage allows it (there's a variety of looks (including night-vision video and archival footage.)) Night scenes can suffer from some noise, but there are no issues with dirt, damage or obvious digital artifacts.

The Dolby Digital 5.1 track is focused on making sure the voices and natural sound are clearly delivered, while the side and rear speakers take care of the music, which gets a bump up in the surrounds. It's not a dynamic mix, but it's no surprise that the it's well-done, considering the show's radio roots.

The Extras
The main extra might slip past you if you don't explore the menus, as it's not listed on the bonus features list, and that's an audio commentary on episode one, with Glass and director Chris Wilcha. They present a nicely focused track, talking about the differences between the radio and TV show, how they put together the stories and changes that occurred from the planning to the production, with an emphasis on details. There are some spots of dead air, but for the most part, it's a good example of an informative commentary (though it seems to cut off at the end.)

Also included on the disc is a text bio of Glass and a short manual photo gallery, made up mostly of images from the set of Glass' segments. 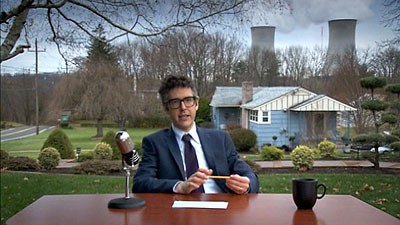 The Bottom Line
Once again, it's been proven that truth is stranger than fiction, and frequently more entertaining, as Ira Glass serves to introduce the stories that exist in America, all told with true style. The DVD looks and sounds good, but the extras are limited and with just six half-hour episodes, the content is also. That shouldn't keep you from checking it out though, as it's genuinely good television.