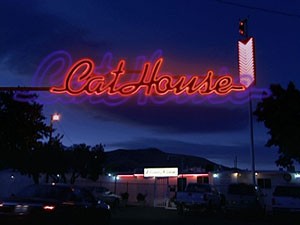 
The Show
The "Cathouse" series, on the surface seemed like nothing I would ever spend time watching, as I don't often subject myself to the ramblings of dopey broads who get by on their good looks, taking money from guys who are ruled by their libidos. But after landing on a late-night airing of the show on HBO while channel-surfing with my wife, I was hooked. In fact, when we eventually canceled our subscription to the pay channel, the only thing we missed were the adventures of the working girls who call the Moonlight Bunnyranch home.

The concept seems like such a natural winner that it's amazing it took so long to be made (and that it lasted such a short time on the air.) In an area of Nevada where prostitution is legal, there exists a legendary brothel run by Dennis Hof, where a man (or woman (or couple (or basketball team))) can go to enjoy the company of a talented young lady (or ladies (or quartet)) and empty out the bank account too. Though it's still the business of selling sex and hustling a guy desperate for some intimacy, it's conducted with some legitimacy, as Hof's right-hand woman, Madam Suzette, runs a tight ship, taking half their fees and keeping track of business. 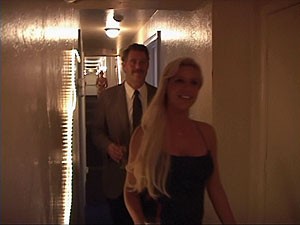 Though the titillation provided by the hidden cameras in the girls' bedrooms will be the draw for most people interested in this series, getting to know the girls, some of whom have great personalities (like Isabella) and the chance to see what life is like in a whorehouse was much more of a selling point, as documentaries about people with non-traditional lifestyles tend to be pretty interesting. Thus, the series provides a solid introduction to the world of "girlfriend experiences" and "tickle parties," showing a wide variety of customers and focusing on their many kinks and interests, and the somewhat professional side of the business, as the girls learn new techniques from in-house instructor Alexis, and check out new tools they can use (though these segments seem like they were strictly for the cameras.)

Though I was hooked on the show when it was on HBO, now, it's less enthralling. The thing is, for shows like this to be really interesting, they need to be honest, and director Patti Kaplan, who also brought us "Real Sex" and "G String Divas," seems more interested in the glossy, glamorous side of the sex industry, and presenting an energetic, fun show, marked by the kitschy music and graphics that were a hallmark of "Real Sex." Obviously, to get cooperation from the Bunnyranch, there was likely an understanding that this wouldn't be a hard-edged expose, but only rarely do you get to see the darker side of the prostitute world, like two girls who can't make it in the business and a dust-up between two hookers that results in one of them leaving the 'Ranch. When the show does get close to something different, like a break-up between Hof and one of the girls, it gets little screentime, as there's always another freak to spotlight.

While the 11-episode first season of the show is still a fun time, despite the lack of bite, the far shorter second season runs just six episodes, and is missing the break-out stars of the earlier shows (like adorable Karla and Danielle.) Worse yet, the majority of the material is actually culled from the same shoots as the early episodes, so you see a lot of scenes you've already seen. They are basically alternate versions of previous shows, covering the same ideas, like the line-up when customers arrive, the instructional courses, and the various "jobs" the girls perform. The final episode, which looks at the series' superstars (who are mostly missing from the previous five), is simply a clip show, replaying footage of the girls from the series. It's really a waste of your time. 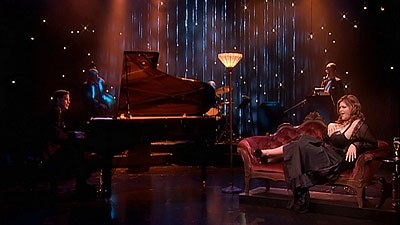 But it's not the end of the story, as there's also "Cathouse: The Musical," a 40-minute special from 2008. It's an oddity to be certain, and one that's not exactly explained, as several of the girls, including Air Force Amy, Alexis, Brooke and Bunny, return, along with Hof and Madam Suzette to perform appropriate musical numbers like "Let's Fall in Love" and "Let's Misbehave," backed by a band. Surprisingly, while Hof is rather terrible, some of the girls aren't half bad at singing, but to make sure the series' fans aren't turned off, the songs are paced out with footage of the girls on their day jobs. The one revelation from this special is Eden, a plus-size prostitute with an ample bosom, who I don't really remember from the series. Why they were hiding her is unclear, as she seems like a lot of fun, and is honestly great to look at. 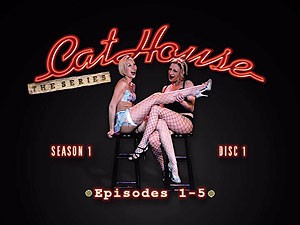 The DVDs
The 17 episodes of the series and the musical special are spread over four DVDs, which are packed in a standard-width keepcase with two dual-sided trays, making for a nice, compact package (like Bridget the Midget!.) Unfortunately, it's got terrible cover art, that looks like someone pulled some low-resolution images off the internet and threw it together while wearing a blindfold. The DVDs feature static full-frame menus with options to play all the episodes or select shows. There are no audio options and no subtitles, but there is closed captioning.

The Quality
The full-frame video on this series is decent, but it looks like what you'd expect from video footage, with good color, but with slight softness and some noticeable noise. It's not bad, but when you compare it to the anamorphic widescreen footage on the musical special (which has the show footage pillar-boxed), the difference is clear. The musical footage looks great, and like the rest of the show, shows no issues with dirt, damage or digital artifacts.

The Dolby Digital 2.0 tracks on this series are as standard as it gets, presenting clean, clear dialogue and the show's signature music without any problems, but it's a straight down the middle delivery, without anything dynamic. It fits the content and sounds find.

The Extras
Extras will cost you more, because there's nothing extra happening here. But seriously...you have a fourth disc that hold just one 40-minute special, yet you don't include the two original Cathouse episodes of "America Undercover" as extras? There's not going to be a better chance to release Cathouse material than this set, so why not go all out? For shame HBO. You continue to suck on DVD. 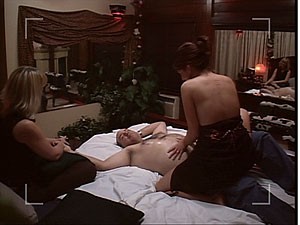 The Bottom Line
"Cathouse" is a good series, thanks to the subjects the camera focuses on, but it could have been great by pulling back the curtain more and giving us a real look at the life of a legal prostitute. As it is though, anyone looking for some pretty women get really nude will have a good time, so it's got the base pleasures. The DVDs look and sound decent, but there are no extras and there's some content that should have been included, but wasn't. A fun, fluffy series like this is worth a look for anyone cool with the content, but it's not necessarily worth owning, as it doesn't hold up to repeated viewings.