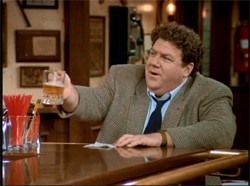 How many classic shows still have not appeared on DVD? While you're thinking about those titles, also give some consideration to series that have been on hiatus, or simply had releases stop coming out. For quite some time it seemed as though Cheers was doomed to this fate. Was it poor sales? Maybe it was restructuring of Paramount's DVD line? In all honesty I guess we'll never know. Fortunately this classic was pulled from the brink (with some minor editing on copyrighted content) and the final three seasons were brought into the hands of hungry collectors and fans.

By the time the final season rolled around, it was hard to deny that some of the glow had faded from Cheers. The show still managed to get plenty of laughs from audiences and the characters were every bit as endearing, but nobody can say that the show was as prominent as it once was. After eleven seasons any show will lose some of what made it great, and unfortunately the titan known as Cheers became a victim of that fate. Now, don't get me wrong, there's still plenty to love about this season and it was still a place where everyone knew your name. It's just that we've seen a gradual decline over the past couple of years and by this point it was just time for the show to end.

The past couple of seasons brought some new things to the Cheers landscape. Rebecca and Robin split up, Kelly returned from France and married Woody, John Hill was introduced as Sam's new business neighbor, and Sam decided it was time to have a baby. While most of the plotlines were hit or miss, there were still some laughs nestled in between each of them. It was clear that the writers were exploring new ideas and tossing things against the wall to see what stuck.

The eleventh season starts out with Rebecca basically burning the bar down in "The Little Match Girl". Rebecca has always been notorious for her smoking on the show and she gets a little careless here, igniting some trash and setting the place ablaze. My favorite part about this particular episode was how Sam reacted and the punishment he exacted upon her, forcing her to fess up to patrons who asked about the fire. This storyline leads into the next episode, "The Beer is Always Greener", which has Carla finding other employment while Cheers is being worked on. She lands a gig at another pub and things seem great, until they hire someone who reminds her a little too much of Diane Chambers.

From there the season continues with some decent episodes such as "The King of Beers", in which Norm gets a job at a brewery, and "Do Not Forsake Me O' My Postman", which brings Maggie back into Cliff's life. Some drama enters Frasier's life as he and Lilith begin to have issues when she wants to spend a year in a biosphere with another man, which ultimately leads up to their divorce. The season moves on to show Norm dealing with the IRS, Carla's reaction when John Hill has a heart attack, Woody's run for city council, and Robin even shows back up at some point. 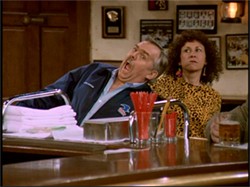 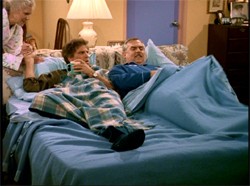 One of the season's biggest highlights comes from the saga of Cheers vs. Gary's Old Towne Tavern. "Bar Wars VII: The Naked Prey" has Sam and Gary making a bet about the upcoming St. Patrick's Day sales. Sam is convinced that he's going to finally beat Gary after a ten year rut, but when things don't go his way he and the guys have to sing a tune naked in front of Gary's customers. A nice bit of vengeance comes from Harry the Hat (Harry Anderson), who makes a return to the show just in the nick of time. The other highlight from this season is the finale episode(s) "One for the Road", which brings Diane back into Sam's life and brings the show to a somewhat fitting end.

While this season is definitely full of ups and downs, there are still plenty of classic episodes to be found here. Cheers was just one of those shows that even at its worst, it was still better than the rest. This was a historic television show that deserves to be in everyone's collection, whether you used to be a fan or not. It's every bit as relevant today as it was back when it aired and the fact remains that it's just as fun. Despite the comparative loss of quality when you look at previous seasons, the final season of Cheers is still very entertaining and comes recommended. 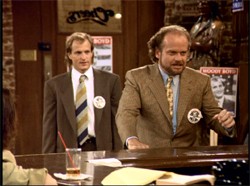 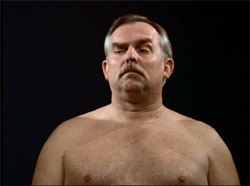 The Beer Is Always Greener
King of Beers
The Magnificent Six
Do Not Forsake Me, 'O My Postman
Teaching with The Enemy
The Girl in The Plastic Bubble
Ill-Gotten Gaines
Feelings...Whoa, Whoa, Whoa
Daddy's Little Middle-Aged Girl
Love Me, Love My Car
Sunday Dinner
Norm's Big Audit
It's A Mad, Mad, Mad, Mad Bar
Loath and Marriage
Is There A Doctor in the House?
The Bar Manager, The Shrink
His Wife & Her Lover
The Last Picture Show
Bar Wars VII: The Naked Prey
Look Before You Sleep
Woody Gets an Election
It's Lonely On the Top Rebeca Gaines, Rebecca Loses (Parts 1 & 2)
The Guy Can't Help It
One for The Road (Parts 1, 2, & 3)

As you'd expect Cheers' eleventh season is presented on DVD with the show's original 1.33:1 full frame aspect ratio. Given the age of the source material there are a few things that can be expected with this transfer such as a soft image, grain, and dirt. With that being said the video quality here is actually quite good with vibrant colors, a cleaner than anticipated image, and little to no compression. Series of this vintage are often hit or miss in terms of how they appear on DVD, but thankfully Cheers looks very good. Granted it doesn't look as crisp as it could have, but the quality is better than average and in some cases improved upon what you'd see on reruns.

Cheers hits DVD with the English 2.0 stereo presentation which mirrors the previous seasons. The sound quality is good for a TV show of this age though you can expect the channels to be relatively flat by today's standards. The audio is clean and not muted in the least which is a definite plus and the volume is balanced well enough. Overall the audio quality is good, but not particularly impressive or noteworthy.

No bonus features are available for the final season of Cheers.

Cheers' final season is every bit as good, and bad, as I remember it being. The 28 episodes here very greatly in terms of quality, with some great episodes mixed in with not-so great ones. Even so, the eleventh season of Cheers manages to entertain quite a bit and easily comes recommended. Just don't expect it to be as good as it was in previous seasons and you won't be disappointed.