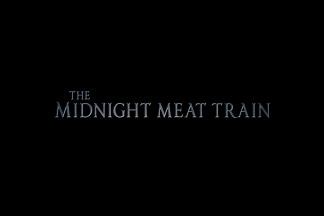 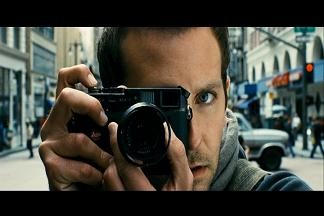 The Midnight Meat Train, last year's adaptation of the old Clive Barker short story directed by Ryuhei Kitamura, has led a troubled distribution life. It was hyped considerably last year with a well-edited trailer that I saw repeatedly in theaters and on DVDs. Lionsgate, however, ended up dumping the film into a handful of dollar theaters, much to the chagrin of the online horror community. Several websites championed this gruesome exercise, and now it's available in an unrated director's cut on DVD, again from Lionsgate, for all of us who caught the hype but missed the film to see.

Is it worth all the fuss? As someone who was looking forward to seeing it (and glad that DVD Talk sent a disc for review), my response would be . . . almost.

Bradley Cooper, better known for his supporting work in comedies like Failure to Launch and The Wedding Crashers, is surprisingly effective as the lead in this grisly story. Cooper plays Leon, a struggling photographer living in New York City with his waitress girlfriend Maya (Leslie Bibb). An art agent named Susan (Brooke Shields, another unexpected casting choice that works well) finds some promise in his work but tells him he has to catch the heart of the city.

Late at night, Leon discovers a new photographic pursuit after saving a young woman from an assault by a small gang. He snaps some photos. She kisses him thanks, and then steps into a subway. The next day, he discovers that she has disappeared. Behaving more like a journalist than a photographer, Leon becomes obsessed with a series of similar disappearances, which he connects with the subway and a brooding, menacing butcher at a meatpacking plant (Vinnie Jones). Leon's life spirals out of control as he's dragged into the mystery of the titular midnight meat train.

I'm not going to speculate upon the reasons why The Midnight Meat Train was unceremoniously dumped theatrically by Lionsgate. Listen to the commentary track for more information on this. I will say, however, that there is a lot to admire with the movie. For one thing, the acting is very good all around. In addition to those already mentioned, Roger Bart (the reluctant killer in Hostel: Part II) does a reliable job of playing second fiddle to Cooper as Leon's friend, Jurgis.

I read over the reviews of my fellow DVD Talkers, Adam Tyner and Brian Orndorf, and I have to confess that I found the storyline much more engaging than they did. I felt drawn in by the characters and situation. The Achilles' heel of this production, ironically, is also its most noteworthy strength: the gruesome bloodletting. This is one blood-splattered and violent movie. And like the Italian director Dario Argento, Kitamura finds visually striking ways to portray the sadistic violence onscreen. It's very engaging, when it works. Occasionally, however, the bloody sequences are filmed too cartoonishly for my tastes. Seeing CG blood spray unnaturally and an eyeball go flying at the screen in slow motion just seemed over-the-top to take seriously and undercut some of the horror of the film.

The Midnight Meat Train veers off into fantasy territory at its end, a hallmark of Clive Barker's work. This too undercuts the effectiveness of the terror, and a lengthy smackdown between Leon and the butcher killer Mahogany felt out-of-place. At 102 minutes, the movie does feel bloated at the end and could have used judicious editing.

Still, this is a ride I felt was worth the ticket and would recommend the movie to the horror crowd. However, it has that air of a could-have-been great horror flick had some of the excesses been shorn. 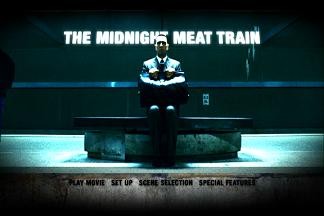 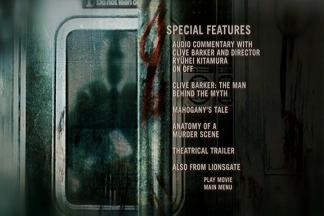 Lionsgate gives The Midnight Meat Train an anamorphic widescreen presentation in a 2.35:1 aspect ratio. Like a lot of recent horror movies, it features a lot of scenes dominated by one color, most notably the arctic cold blues within the subway. Details were very strong.

Two non-commentary audio tracks are available here: Dolby Digital 5.1 and Dolby Digital 2.0. The 5.1 track is the default and the one I listened to. Dialogue is clear, and the plentiful sound effects, especially during bloodletting scenes on the subway, are suitably loud and strong.

Optional subtitles are present for English and Spanish.

Considering its troubled theatrical distribution, Lionsgate certainly piled on the extras with this disc. First, when the disc is played, trailers precede the main menu for the 2009 version of My Bloody Valentine, The Haunting in Connecticut, the 1981 version of My Bloody Valentine, Saw V, Frontier(s), and Beneath Still Waters. They're accessible via an Also From Lionsgate link in the menu system along with a separate Theatrical Trailer link for The Midnight Meat Train.

Next up are three featurettes. Clive Barker: The Man Behind the Myth (14:53) has the noted author and painter talk about his work, including the infamous Stephen King quote that catapulted his career. Barker's gravelly voice was a surprise and strangely interesting to hear. Mahogany's Tale (5:11) tries to look at actor Vinnie Jones as a new horror icon (the jury's still out on that one, guys). Anatomy of a Murder Scene (9:16) goes behind-the-scenes of a kill scene featuring Ted Raimi. All three featurettes are presented in anamorphic widescreen, which is a nice plus.

Finally, and most importantly, a feature-length commentary track with writer Clive Barker and director Ryuhei Kitamura is available. A random sampling suggests the track is insightful and fairly lively.

A good cast and interesting storyline can be found in The Midnight Meat Train. Clearly, this Clive Barker - inspired gore-a-thon isn't for the timid, but it's worth the ride for the horror crowd. It's a good movie, but it could have been even better had some of its excesses in the second half been edited. Recommended.