Doctor Who: The Armageddon Factor

We must have the weapon that will wipe the Zeons clear from the skies once and for all. Can you provide it? 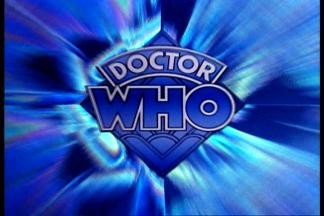 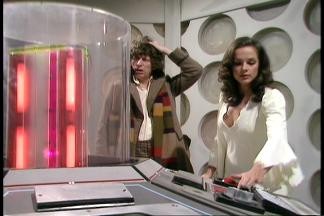 The BBC science fiction series Doctor Who is a powerhouse legend in television. It initially ran almost continuously from 1963 - 1989. That's 26 years! After a lengthy hiatus (filled by a plethora of novels and Big Finish full-cast audio productions), the series recently returned to production with great success. David Tennant is a splendid Doctor. It can be seen on the Sci-Fi Channel here in the States, and, of course, on DVD.

For the uninitiated, Doctor Who follows the exploits of an alien Time Lord named the Doctor as he travels through time and space in a cavernous vehicle called the TARDIS. Typically, he goes on adventures with companions - often from Earth. His ability to regenerate when facing death allows for a new actor to assume the role, perhaps in part explaining why the series has been able to last for 45 years. Thus, each new actor becomes a numbered Doctor. David Tennant is the tenth actor to assume the role, for example, so he is the Tenth Doctor.

The Armageddon Factor is the final storyline of The Key to Time: a season-long epic in the middle of Tom Baker (the Fourth Doctor)'s tenure in the role. With his curly hair and lengthy scarf, Baker played the Doctor for seven years and became one of the most popular actors to appear in the role. The basic premise of The Key to Time sees the Doctor called into duty by the White Guardian to assemble the Key to Time, a cube object whose purpose is to maintain the equilibrium of all time and space. This cube has been split into six pieces and hidden across the universe, and the White Guardian needs the Key in order to keep the universe aright. Assisting the Doctor in his quest for these pieces are Romana, an intelligent Time Lord, and his robotic dog, K-9.

The Key to Time series had been released several years ago on DVD. For some reason, despite the number of classic Doctor Who stories still awaiting a DVD treatment, BBC Video has seen fit to double dip on this season with new "special editions." 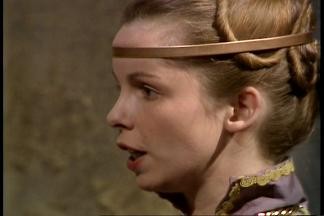 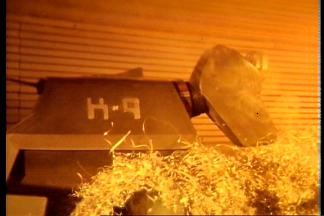 In any case, The Armageddon Factor completes the Key to Time epic in grand Doctor Who fashion. Its storyline is extended to six episodes, and despite the additional length, it packs more of a wallop than the previous two stories - The Androids of Tara and The Power of Kroll - combined.

Having secured the fifth segment of the Key to Time, the Doctor and Romana materialize in the TARDIS at the center of a lengthy interplanetary war between Atrios and Zeos. The sixth and final segment is, well, somewhere here. On Atrios, they meet the warmonger Marshall obsessed with winning his costly war against Zeos - no matter what the cost. He's also harboring a dark secret, communicating with . . . something . . . behind a distorted mirror. The princess Astra and her medical doctor lover Merak, meanwhile, are much more interested in contacting Zeos and negotiating an end to the war.

The Fourth Doctor, Romana, and K-9 become wrapped up in a complex endgame to this war that also involves a mysterious figure called The Shadow (not to be confused with the old time radio hero, of course) and another renegade Time Lord named Drax.

The Armageddon Factor is quintessential Doctor Who from the 1970s. These six episodes have everything that cult fans of the original series have come to admire, including goofy special effects, runarounds in caverns, a far-out science fiction plot, and master supervillains who seem to come straight out of movie serials from a bygone age.

Tom Baker is spot-on as the Fourth Doctor, as usual, with his over-the-top antics. The Armageddon Factor also has Mary Tamm's best performance as Romana - and her swan song. As Doctor Who fans know, the character would soon after regenerate, with Tamm being replaced by actress Lalla Ward. Speaking of which, Ward makes her Doctor Who premiere here as a different character, Astra, and she's good as well. Her penchant for characters who are both beneficent and full of righteous anger is on full display in this story.

Doctor Who fans are used to the classic series episodes being loaded with extras on DVD releases, but this new special edition of The Armageddon Factor takes it a step further. I'll detail this later in the review - but between this classic adventure and the extras, I'm going with a "DVD Talk Collector Series" rating for this disc, as I would with the concurrently released box set of the entire Key to Time series. 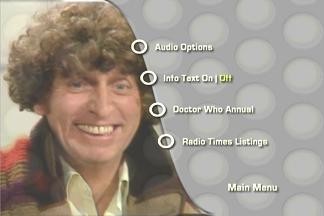 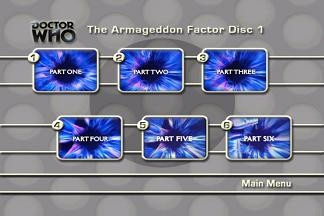 The six episodes of Doctor Who: The Armageddon Factor are presented in a full frame 4:3 aspect ratio that reflects their original television broadcast. The image looks as good as I've ever seen it with solid colors and okay detail - don't expect stellar blu-ray visual quality here, however, given the show's late-1970s video production roots.

Each episode of Doctor Who: The Armageddon Factor arrives with an English language Dolby Digital 2.0 mono track. Dialogue is always clear, and though the track is obviously limited by the television program's production values, the sound is fine throughout.

Subtitles are available in English for the hard of hearing.

DVD releases of episodes from the classic Doctor Who series have traditionally been generous with extras, and this special edition of Doctor Who: The Armageddon Factor is no exception. Indeed, this is perhaps the strongest release ever in terms of extras for a classic serial from Doctor Who.

For starters, the first disc, which houses all six episodes, also has two running audio commentaries. Actors Tom Baker, Mary Tamm, and John Leeson provide another informal commentary track, while Mary Tamm returns with actor John Woodvine and director Michael Hayes for a second track. In addition, there is an optional text information track for each episode.

A trailer for the fourth season of the new Doctor Who series precedes the main menu. Also, PDF files are included of the Radio Times billings and The Doctor Who Annual 1979.

The Armageddon Factor is the only story in the Key to Time series that has a second disc of extras. Disc two rather nonsensically begins with the same Doctor Who trailer that's also housed on disc one.

More significantly, this second DVD has Defining Shadows (15:40), a new documentary on The Armageddon Factor that includes the participation of writers Bob Baker and Dave Martin, designer Richard McManan-Smith, and actors Lalla Ward, David Harries, and Barry Jackson. Directing Who (8:25) has this serial's director, Michael Hayes, discussing his career. Rogue Time Lords (13:12) reviews the various additional Time Lords to have appeared on Doctor Who over its history. This was a nice overview of these characters. These three featurettes are in anamorphic widescreen.

Additional extras include Continuities (2:57), a collection of vintage ads for the show, and an Alternate / Extended Scene (2:52). Other extras offer vintage material on Doctor Who: Pebble Mill at One (8:30) is a 1978 news interview with Tom Baker; Radiophonic Feature (4:29) is an interview with Dick Mills and Brian Hodgson of the Radiophonic Workshop; and The New Sound of Music (1:02) looks at sound effects. Merry Christmas, Doctor Who (1:13) is a surprisingly unfunny sketch featuring the Fourth Doctor, Romana, and K-9 getting hammered on Christmas. A Photo Gallery (4:46) offers a slideshow of stills accompanied by sound effects and music from the program. All of these featurettes, of course, arrive in full frame. 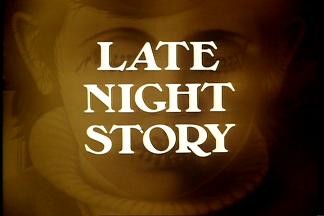 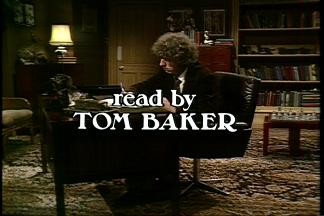 Perhaps the best surprise on any of the Key to Time discs is here: Late Night Story, a series of five scary stories performed with manic glee by Tom Baker that, according to the DVD cover art, come "from an unbroadcast 1978 series." This is a fantastic series! Baker's delivery is nicely effective. The stories are The Photograph (14:32), The Emissary (13:44), Nursery Tea (14:19), The End of the Party (15:01), and Sredni Vashtar (12:53).

The Armageddon Factor concludes the Key to Time season of Doctor Who with a bang. It's a fun story loaded with classic Doctor Who trappings that fans of the classic series should enjoy. Given its plentiful extras, including the Tom Baker series Late Night Story, this newly-released special edition of Doctor Who: The Armageddon Factor comes with a certified "DVD Talk Collector Series" recommendation. However, fans of the series will likely want to get the concurrently released special edition of Doctor Who: The Key to Time that collects all 6 stories in one multi-disc collection, rather than getting them piecemeal like this.