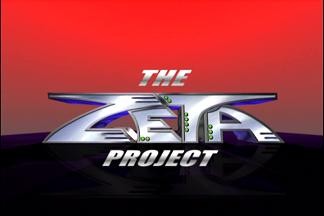 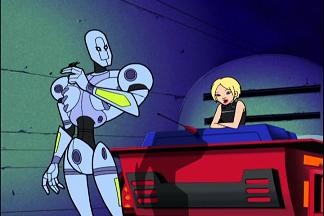 I knew absolutely nothing about The Zeta Project when I received it from DVD Talk to review, and thus I had no idea what to expect from this short-lived animated television series. The Internet Movie Database reports the series lasted for two seasons and 24 episodes total, airing between the years 2001 - 2002. Warner Brothers saw fit to release the first season (12 episodes) last March on this 2 DVD set. As I write this review, the second season appears to be in limbo - with no imminent release date. While it has become customary to release television shows on home video in season sets, of course, I can't help but think Warner Brothers probably should have just developed a "complete series" set, as that would have likely created a manageable 4 disc set for fans of the series.

In any case, The Zeta Project is a spin-off of the successful Batman Beyond cartoon series - indeed the cover art sports the DC logo of the company that owns the Batman franchise. Viewers unfamiliar with this program (like me) need not worry, however, as the cartoon is self-contained, no prior knowledge of Batman Beyond is necessary.

The show's two protagonists are Zeta (Zee) and Rosalie Rowan (Ro). Zee (voiced primarily by Diedrich Bader) is a killer robot on the run from government forces - a storyline kind of like a kiddie version of the Bourne movies or The Fugitive. Zee has become a pacifist and, perhaps naively, wants to convince others that he can live peacefully despite his intended purpose. In the first episode, Zee befriends Ro (Julie Nathanson), a smart-ass teen runaway. At first, she sees an opportunity to take advantage of Zee, as he has an unlimited credit card convenient for buying stuff. The orphan, however, soon develops a soft spot for Zee and decides to tag along for his quest, which by the second episode, becomes focused upon finding the scientist primarily responsible for Zee's creation: the enigmatic Dr. Zelig. It is Zee's hope that Zelig will be able to help him establish a non-killer identity. Hot on the pair's heels are well-equipped but not-very-efficient government agents led by Agent Bennett (voiced by the immediately recognizable character actor Kurtwood Smith).

Oh, and it should be mentioned that Zee has the ability to morph himself to any human form, mimicking any character he comes upon if he chooses.

While I can't say that I was impressed with this series, it did competently deliver Saturday morning animated hijinks that were appropriate for kids, and I suspect children of the right age would find the show entertaining. It has a fair amount of action and wisecracking characters. While the program does involve a running storyline, each episode offers a contained plot, and kids wouldn't have much of a problem "jumping in" at any point and figuring out the gist of the program quickly enough. It helps to have the premise explained and context provided at the start of every episode. The animation is okay, but a bit cheap-looking; backgrounds are often bland, and some action sequences don't seem fluid. A nice feature of the episodes is a quick commentary Zee and Ro provide on a 20th Century item at the end of each episode - it's completely unrelated to the show itself, but it concludes each episode on a humorous note.

If you are a novice to The Zeta Project, as I was, and curious about it, then I'd suggest you give the first two episodes - The Accomplice and His Maker's Name - a spin, as they set up the basic premise of the series. These two episodes should give you enough to judge whether or not you want to proceed. If you find the two episodes not to your liking, then skip over to disc two and watch the episode "Shadows," as it features a guest appearance by the iconic superhero Batman. 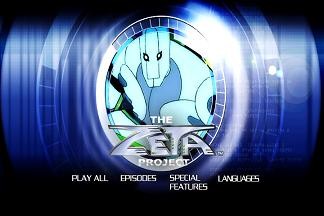 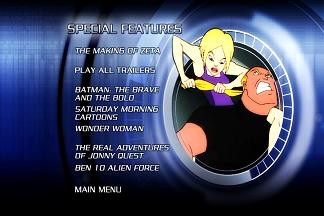 Warner Brothers provides The Zeta Project with a full frame presentation that they advertise is "a format preserving the aspect ratio of it original television exhibition." The show looks fine on DVD, with colors appearing especially vibrant. However, the animation itself leaves something to be desired. Action looks herky-jerky at times, and some aliasing is noticeable.

The lone audio track on all 12 episodes of The Zeta Project is an English language Dolby Digital 2.0 affair. The sound effects and dialogue always come off strongly, and for a television production, the track sounds fine - albeit not particularly dynamic.

Optional subtitles are available in English and French.

Disc one has the short The Making of Zeta (16:08) with comments from the behind-the-scenes creators and actors about the origins of the series. It's an informative short shot in a typical fashion: soundbyte comments shuffled with brief scenes from the series. Like the cartoon, this extra is in full frame.

Disc one also has trailers for Batman: The Brave and the Bold, Saturday Morning Cartoons, Wonder Woman, The Real Adventures of Johnny Quest, and Ben 10 Alien Force.

Disc two's sole extras are two episodes of the Batman Beyond cartoon series that feature Zeta: Zeta and Countdown. This is a nice addition.

The Zeta Project, a futuristic cartoon series involving a robot and its teen friend on the run, is hardly stellar viewing. However, the program consistently delivers childish action and adventure. Recommended.