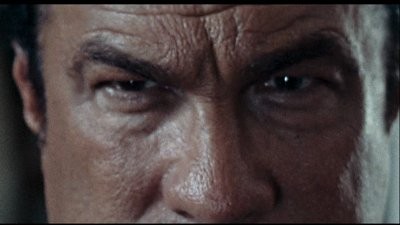 Driven to Kill is a direct-to-video film that was produced by Steven Seagal and directed by Jeff King. The film stars Seagal and is a pretty generic, low-quality action flick. The plotline is predictable, the acting is subpar, and the pacing could have used some work. Overall, Driven to Kill is one of those movies that you can go without. For more opinions about this film, please review to DVD Talk's reviews of the Blu-ray releases by Ian Jane and Adam Tyner.

Seagal stars in this movie as Ruslan. He is a former Russian gangster turned crime novelist. The story begins with Ruslan in a diner with his girlfriend. She tells him how amazed she is with his "badass-ness" and wants him to reenact one of his stories. In the past, Ruslan had played a game of cups with a metal spike as a prize. He smashed the cups without the spike. The story got her excited and she tells him that if he can do it again, he can have her and one of her girlfriends. Of course he does it and says that he is a real badass. This sole scene was a good indication of the quality of the rest of the film. It was a stupid scene and prelude to an awful movie.

As the rest of the story unfolds, Ruslan receives a phone call from his ex-wife Catherine (Inna Korobkina). She informs him that his daughter Lanie (Laura Mennell), who he has not seen in many years, is going to get married. She wants him to get on a plane to give Lanie away. He complies and makes the journey. When he arrives at the house, everyone is getting ready to go to the church. Ruslan meets Catherine's new husband Terry (Robert Wisden), who is not a good guy. He also meets Stephan (Dmitry Chepovetsky) and worries about his daughter's choice. Stephan is former Russian mafia and the son of Mikhail (Igor Jijikine), who pretty much runs the mafia. Mikhail and Ruslan also have a past and they are not on friendly terms.

After meeting the family, Ruslan goes to a bar while he waits for the wedding to start. At the same time, Stephan and Terry head to the church. While the men are away, the house is assaulted, Catherine is killed, and Lanie is badly hurt. Ruslan arrives on the scene and convinces the detectives to keep the fact that Lanie is alive a secret. He uses the opportunity to investigate and enact his revenge. During which, he compels Stephan to join him on his quest. As they investigate, Ruslan quickly goes back to his old ways and uncovers the reason why. He and Stephan are driven to kill...

As previously mentioned, Driven to Kill is not a great movie. The plotline is very generic and simple. After the first major scene (Catherine getting killed), it was pretty obvious where the entire film was headed. For the most part, the movie moved exactly as I suspected. There were a couple twists, but they were not anything major. Beyond the relatively bland storyline, Driven to Kill's other qualities are not positive. Seagal is himself. He does well in the fight scenes and manages to beat the living crap out of several bad guys. His acting is the same as in other movies with subpar dialogue. He also takes on a poor Russian accent that just felt out of his place. His fellow co-stars were exactly unimpressive.

Overall, Driven to Kill is an unimpressive, lackluster action flick that fails to entice or entertain. While I was not expecting a Steven Seagal direct-to-video release to be high quality, I expected it to be enjoyable on some level. Unfortunately, this movie offered nothing more than bad acting, poorly written script, and an awfully uninteresting storyline. In the end, you are better off not watching Driven to Kill. 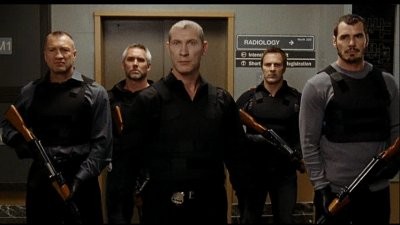 
Video:
As far as the picture quality goes, I cannot comment about it. The copy I have for review is a special screener copy, which is a single layered DVD-R with a very compressed picture. There is heavy compression and the picture is blocky and grainy. However, based upon the comments of my peers (who reviewed the Blu-ray release), I can only surmise that the retail copy does not look much better.

Audio:
The audio is presented in English 5.1 Dolby digital surround sound. The 5.1 track is dynamic and makes decent use of the surround sound capability. In general, the sound quality is good and it provides an audible and clean track for dialogue and it sounds very lively when necessary (sound effects, music, etc.). The DVD also contains subtitles in English and Spanish.

Final Thoughts:
Driven to Kill is as bad as movies can get. There is not much about it that speaks well. It is uninteresting, predictable, and weak. The movie lacked any real substance or quality. For those who enjoy Steven Seagal movies or cheesy action flicks, this one is not worth your time.