Wolverine and the X-Men: Fate of the Future 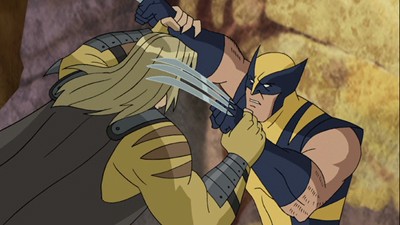 Wolverine and the X-Men is the animated series that ran on international television stations last year, featuring an X-Men timeline where a strike from the future has caused Charles Xavier and Jean Grey to disappear, Cyclops to withdraw in despair, and Wolverine to pick up the pieces of his team and organize a new group to prevent a sentient computer called Master Mold from establishing a society where all mutants are destroyed. Eventually, Logan discovers that Xavier is in this desolate future, and the telepath sends messages back through time to direct him toward preventing the destruction of mutantkind.

Wolverine and the X-Men: Fate of the Future is basically Season 1, volume 4, collecting episodes 14 through 18 of the original 26-episode cycle. (Vol. 3 was never sent to us for review.) The series has been a godsend for fans who wanted to see more X-Men adventures but were disappointed in the third movie or the Wolverine solo movie. Unlike those films, Wolverine and the X-Men is smartly written, constructing complex stories that will remind comics readers of the serialized adventures that have made the franchise one of the most consistently popular comics of all time.

In addition to good scripts, Wolverine and the X-Men maintains a quality of animation rarely seen in children's programming anymore. This may be because it is aimed at adults as much as it is the youngsters. The look of the show is a mixture of comic book graphics and Japanese anime, and though some episodes come off better than others, the overall look of the show remains excellent. The action scenes are fast and fluid, and the combination of good drawing and a solid voice cast means that the soap opera elements of the ongoing storylines have a satisfying pathos. 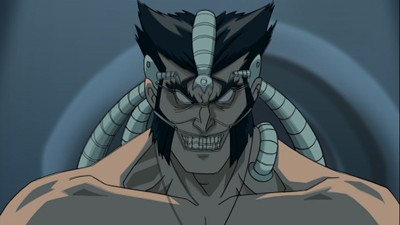 Episode 14: Stolen Lives - Logan (voiced by Steve Blum) receives a mysterious message that the daughter of Maverick, a former ally last seen in episode 11, is under threat. The message, as it turns out, comes from Mystique (Tamara Bernier), and their search for the girl leads them to the Weapon X compound, where Maverick (Crispin Freeman) and Sabretooth (Peter Lurie) await them. The raid on the base leads to clues about Logan's lost history, and also introduces us to X-23 (Tara Strong).

Episode 15: Hunting Grounds - Nightcrawler (Liam O'Brien) has been a prisoner of Magneto (Tom Kane) on the island of Genosha since earlier in the series. In this episode, he and the Scarlet Witch (Kate Higgins) are kidnapped and dropped into a "Most Dangerous Game" reality show run by the decadent fiend Mojo (Charlie Adler). As it turns out, Wolverine has also been captured by Mojo and turned into a feral killing machine.

Episode 16: Badlands - Wolverine, Kitty (Danielle Judovits), and Forge (Roger Craig Smith) lead an assault on a government anti-mutant facility that runs parallel to a battle in the future that Xavier (Jim Ward), Bishop (Kevin Michael Richardson), Domino (Gwendoline Yeo), and their team are having with mutant-killing robots with weapons systems that mimic Logan's powers. A good action episode, this one reinforces how the future is ever evolving, influenced by the past and Wolverine's direct action in the present. We also learn the fate of Magneto and meet the future version of his daughter, Polaris (Liza del Mundo).

Episode 17: Code of Conduct - The Silver Samurai (Keone Young) comes to settle an old score with Logan. He kidnaps his teammates and forces Wolverine into a duel. Flashbacks show Logan's past in Japan. The highlight of "Code of Conduct" is the swordfighting, which is well choreographed and smoothly animated.

Episode 18: Backlash - In retaliation for attacks against Senator Kelly (Richard Doyle) by the Brotherhood of Evil Mutants earlier in the season, the anti-mutant activist ramps up his efforts to enforce mutant registration. Part of his plan is activating Master Mold as the hub for control of all the Sentinels, the giant robots created to hunt and kill mutants. It's an action-packed installment, with the full team--including Storm, Beast, Emma Frost, Rogue, Cyclops, Iceman, and Angel--leading an attack to stop Master Mold from going online, while government troops elsewhere try to capture the Brotherhood--Quicksilver, Toad, Avalanche, Blob, and Domino.

It's a smart episode to end the set on, as it directly sets the stage for the big conflict that finishes off the season. The Sentinel army is the largest threat in terms of scale that the characters have encountered thus far. This means the finale of Fate of the Future is both exciting and satisfying on its own, but also adds to the overall mythos of the show. It's the kind of cliffhanger storytelling that keeps each individual segment self-contained, keeping the enjoyment of the casual viewer in mind while also rewarding those who want to invest their time further. Wolverine and the X-Men: Fate of the Future is the best entry of the series so far. 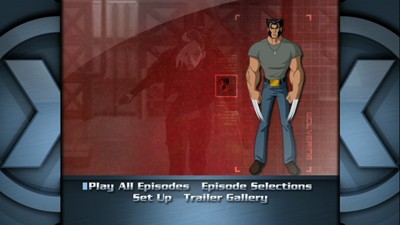 When previous volumes started coming out, there was some question whether there would be larger collections of Wolverine and the X-Men released. Though we are still working our way through the first season and so don't know even still if there will be a full season set, there has been a bundling of the first three volumes that carries a retail price of $29.98. That's $15 cheaper than buying the volumes one at a time, so basically one full disc free. This is something conscientious shoppers may want to consider before deciding to buy vol. 4, Fate of the Future. A second bundling may be planned to collect the second half of Season 1.

Video:
This new disc is in line with the previous editions: a 1.78:1 anamorphic transfer that is mainly crisp, only minor interlacing, and excellent, vibrant colors.

Sound:
The main English audio is mixed in Dolby Digital 5.1. The mix is solid, with good atmosphere. A Spanish 2.0 dub is also available, as is English Closed Captioning. 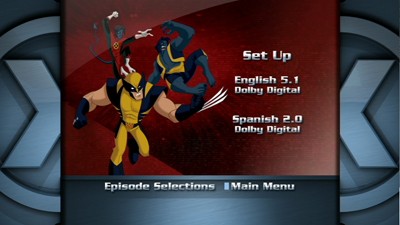 Extras:
In addition to trailers for other kids programming, there are audio commentaries on all five episodes by supervising producer Craig Kyle, head writer Greg Johnson, and writer Chris Yost. These are becoming the default extras for the series, and you kind of know what to expect at this point. Chatty, semi-informative, but nothing essential.

Wolverine and the X-Men: Deadly Enemies comes in a standard-sized keep case with a cardboard outer sleeve. The sleeve has lenticular printing on the cover so that when you move the image, it changes from standard badass Logan to the Mojo-fied Logan seen in Episode 15.

FINAL THOUGHTS:
I've enjoyed all the DVDs released from the first season of Wolverine and the X-Men, but this fourth collection, Fate of the Future, shows that this animated cartoon is one that keeps getting better the deeper it gets into its story. With good-looking animation and stylized action, it's the kind of X-Men adventure that the films once promised to be, a fun reimagining of the classic storytelling model from the comics. Juggling present and future timelines, the show producers are building toward an exciting climax, yet they also don't forget to deliver good one-off shows along the way. Recommended. 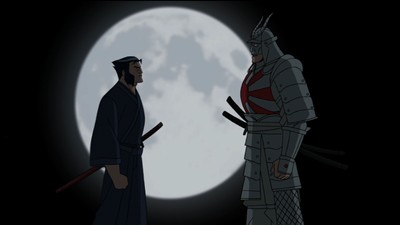