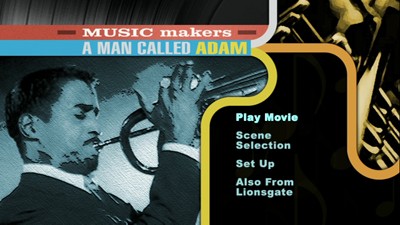 Lionsgate has a new line of DVDs called the "Music Makers" series, featuring films that showcase famous performers in either fictional vehicles, biopics, or documentaries. In amongst their first wave is A Man Called Adam, a 1966 jazz vehicle for Sammy Davis Jr. In it, Davis Jr. plays a horn blower by the name of Adam Johnson, an amalgamation of various jazz-age tragedies. Adam is famous for his passionate playing, as well as for his alcohol-fueled outbursts. An artist with integrity, he abandons the stage when a heckler demands he pander with some popular hits. Adam Johnson doesn't do what he's told, he follows his heart.

A guy with Adam's taste for the bottle can only keep ramming his way through life for so long. He tries to slow down for the calm and beautiful Claudia (Cicely Tyson), but like most addicts, he is going to have to find his rock bottom first. After he threatens the head of his booking agency (Peter Lawford) with a broken bottle, Adam is blackballed. It's only when he sees what this is doing to his band and his friends on the club circuit that Adam tries to make amends and agrees to go on the road the way his agent wants him to. Too bad more bad times are waiting for him out there.

A Man Called Adam is the only feature film directed by Leo Penn, who otherwise has an impressive and extensive television resume. It is written by Lester Pine and Tina Rome, who also have a bunch of television script to their name. (Rome also appeared as an actress in several Samuel Fuller movies, surprisingly enough.) These three do a rather impressive job of trying to capture nightclub life. Adam stays up all night, does business in the day, and gets into trouble regardless of the time. He is a conflicted man with a secret, and Sammy Davis Jr. is pretty good in the role. It's a demanding part, full of wild mood swings, which he is better at than he is at some of the speeches the writers give him. His acting is not all that different than the music he so convincingly mimes (the true trumpet work was by Nat Adderley). When he takes his performance off the chart, it can be quite remarkable. Adam's final breakdown is a wonder to behold. 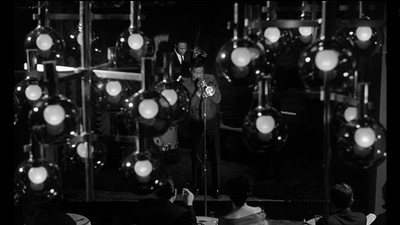 Famed saxophonist and songwriter Benny Carter composed the music for A Man Called Adam. Helping to lend the film an air of authenticity, the parts of the other musicians are played by real musicians, including an onscreen song from Mel Torme (as himself) and Louis Armstrong as Claudia's grandfather, a veteran whom even Adam looks up to. Armstrong takes a comic bow on the tune "Back o' Town Blues" that perfectly showcases his enduring appeal. Penn and his cinematographer Jack Priestly shoot the performances with an impressionistic eye for detail, working with close-ups and interesting compositions. They often put the camera behind glistening objects, like a chandelier, so that we may peer through them at the stage. Other times, the camera becomes unmoored, moving around the room on Adam's nervous energy. The photography is crisp and sharply lit, creating an almost documentary look at times. Though sometimes the edits can be a little clumsy, next to the music, it's the look of the picture that is most memorable about A Man Called Adam.

The story, on the other hand, would be forgettable if most of it was not already so familiar. Adam's arc mostly follows the usual trajectory. The writers do add some unique wrinkles to the narrative by making their story contemporary to the times and bringing the civil rights movement into it, but those scenes tend to come as forced and heavy handed. I was also surprised that the script vindicates Adam's wild ways in the end. Claudia is warned early on, by no less than Lola Falana, that she should not try to change Adam, he is who he is because of his flaws. It's rare that a movie about a fallen musician suggests that cleaning up his act is the worst thing for him.

Still, it's not enough to distinguish A Man Called Adam as any more than a musical curiosity. Even at a short 103 minutes, it runs out of steam midway through. Adam's white protégé, played by a tepid Frank Sinatra Jr., ends up being a focal point in the third act, and it's hard to figure out exactly why. Then again, I suppose it's only fair that the white sidekick be the convenient storytelling device for a change. A Man Called Adam is a serviceable drama and a fascinating snapshot of a particular music scene at a particular time, and that is more than enough to overcome its flaws and recommend it for a spin around the dance floor--but only just so. 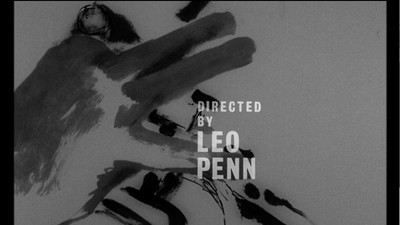 In addition to the expressive cinematography, A Man Called Adam also has a cool animated credits sequence, featuring a journey into the city using shapes and lines, and then images of musicians that emerge in sync with the music. The final shot, partially seen here, ends up pulling back from Adam's hands on his horn, and settling on a painting of the musician that is hanging in the club he's playing in.

Video:
The 1.66:1 anamorphic widescreen transfer on A Man Called Adam tends to be very good. The resolution and overall picture is very clear, though at times the lines go a bit soft and there are a couple of transitional scenes during performances where the image starts to ghost a little. There is very little scratching and spotting, and the tonal values of the black-and-white film is well defined.

Sound:
The soundtrack is mixed in 2.0 Dolby and is fine, if unremarkable. In some instances, the audio can sound a little distant. Ossie Davis in particular can sound like he is talking in a tin can, but that might be a flaw of the original recording. The music sounds superb.

There are Spanish and English subtitles available.

Extras:
Outside of a the trailers for two of the other Music Makers discs--Beyond the Sea and Buena Vista Social Club--the only bonus is a second disc, an audio CD with five songs from the movies in the first wave: "Mack the Knife" by Bobby Darin, "I Got a Woman" by Ray Charles (from Ballad in Blue), "I Want to Be Wanted" by Sammy Davis, Jr., "Veinte Anos" by Omara Portuondo, and Darin's "Beyond the Sea." This is a pretty cool idea, though it's disappointing that all four DVDs in the first wave come with the same CD. It doesn't really encourage series loyalty.

FINAL THOUGHTS:
Rent It. Part of the inaugural Music Makers series, the 1966 jazz movie A Man Called Adam tells the familiar story of a trumpet player whose demons threaten to destroy him. A good performance by Sammy Davis Jr., creative cinematography, and fantastic musical performances by Louis Armstrong, Mel Torme, and others make A Man Called Adam worth a run in the DVD jukebox, but its predictable, lackluster script means it's likely not going to get many repeat plays. 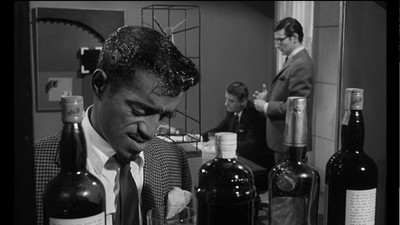