The Guild is a web series created by Felicia Day who not only wrote the show, but also plays a starring role as Codex. The series follows the trials and tribulations of a guild called The Knights of Good who play in an MMORPG (Massively Multiplayer Online Role Playing Game--if you did not have an idea of what that meant, you probably will not understand many of the jokes in this show).

The Guild: Season 3 consists of 12 episodes, each lasting between 8 minutes or less. The season begins with the Knights of Good camped out in front of a GameStop to buy the expansion pack for The Game. The Axis of Anarchy, an evil guild led by Fawkes (Wil Wheaton), shows up and cons their way into the front of the line to get the expansion pack first. After falling victim to the con and being forced to the back of the line, Vork (Jeff Lewis), leader of the Knights of Good, resigns his role as leader and goes away on a soul searching trip, which leaves Codex as the choice to lead the guild. Tinkerballa (Amy Okuda), a self centered, pre-med student used to getting her way, feels disrespected by this decision and leaves the Knights of Good to join the Axis of Anarchy, who she claims are more her style. To make matters worse, Clara (Robin Thorsen), who ignores her family to play The Game, is pressured to quit playing or risk losing her marriage. The guild's solution is to encourage Clara's husband, Mr. Wiggly (Brett Sheridan), to join and take Tinkerballa's slot in the guild. 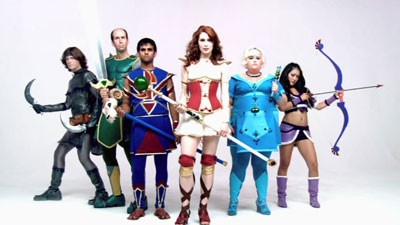 For former or current MMO players, this web series will hit home and provide plenty of laughs. The storyline is zany, but many of the situations are only slight exaggerations of what really occurs in game and outside of the game in MMO's. Take, for example, Clara who completely ignores her family to play The Game. Parents ignoring their families to play an online game is not unheard of, but Clara takes it to extremes with her comical disregard for her kids and husband. 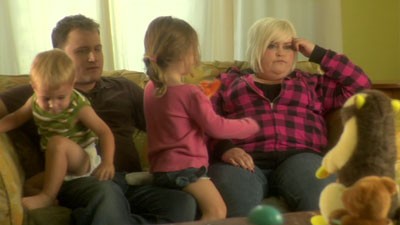 Most of the characters in The Guild are awkward and anti-social. Although the members of the two guilds in this series are caricatures of MMO players, they are representative of many types of players you meet in-game. More than once, experienced players will think, "I know someone just like that!" or say, "That reminds of this time one time...in WoW..."

Of all the characters in The Guild, Vork is the most entertaining. In fact, he is absolutely hilarious in most of his scenes. Vork plays a tightwad, straight man to perfection; his dead serious eyes bore a hole through whoever he is talking to and say, "I know more than you"--whether he actually does or not. Vork is never too proud to do anything to save a buck, and his cheapness is always good for a laugh. Zaboo (Sandeep Parikh), on the other hand, has taken a turn for the worse this season. While Zaboo's creepy obsession with Codex was a highlight during the first two seasons of The Guild, his shtick wears thin this season when he becomes Riley's (Michele Boyd) sex slave. So many aspects of this show are highly exaggerated, but the notion that a girl like Riley, or any girl for that matter, would give Zaboo the time of day is a large stretch. Most of the gags involving this "careful what you wish for" angle fall flat. 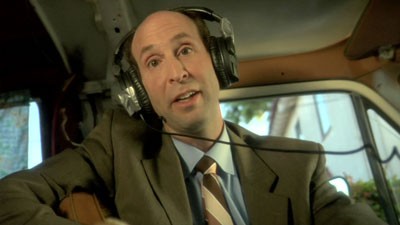 The Axis of Anarchy is a welcome addition to the cast. The one thing notably missing in the first two seasons of The Guild was an online rival for The Knights of Good. Fawkes is a veteran guild leader who makes a complete mockery out of the Codex-led Knights of Good. While Fawkes leads a guild of evil, unstable players, he maintains complete control and reins them in to do his bidding. He is egotistical and arrogant yet intelligent and cunning--a worthy adversary for Vork. All of the villains in the Axis of Anarchy are well played and hopefully will return for another season. What evil guild of anarchists would actually abide by the terms they agreed upon? 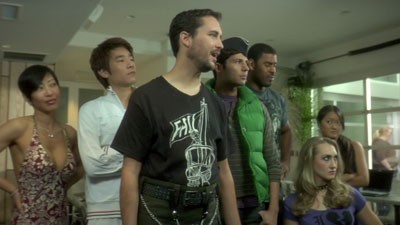 After three seasons and increased funding, The Guild still maintains an amateurish feel. This is actually a big part of the series' charm. It is a show that is unapologetically made for gamers by gamers. You legitimately feel like you could run into Felicia Day online in World of Warcraft. Her background as a gamer comes through in the script and in her portrayal of Codex--she can write and act, but she's not good enough to fake this. She's a gamer and viewers pick up on that vibe immediately. 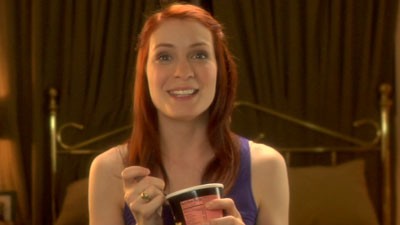 You will likely only understand what makes The Guild so much fun if you have spent hours online assembling groups for a quest, grinding through levels, going on raids, chopping down endless virtual trees, and getting ganked. It's safe to say that if you are an MMO addict or even a recovering one, then you will love The Guild.

Sound: The sound is presented in Dolby Digital 2.0. The sound quality is adequate for a comedy web series that is mostly dialogue.

Video: The video is presented in anamorphic 1.78:1 ratio widescreen. The quality is surprisingly decent for a show filmed specifically as a web series. There are some issues such as compression artifacts in the video, but they are not overly distracting. The big disappointment is the harsh cuts made during chapter switches. Most of the cuts are made just a second too quickly, which removes the last syllable or two of whatever is being said by a character. This frequently happens when Codex is wrapping up an episode. The effect is jarring and annoying; it screams of an amateur DVD production.

Extras: The Guild: Season 3 is loaded with special features. The following features are included:

Final Thoughts: As a former MMO addict myself, I love The Guild and the third season is just as good as the first two. Episodes of all seasons of The Guild can be found online and freely viewed at www.watchtheguild.com. This web series is light, fun, and full of laughs for gamers. If you enjoyed watching The Guild online, then getting your hands on this DVD helps support this series for, hopefully, more seasons to come. The DVD itself is packed with good and interesting special features that fans of The Guild will surely enjoy. Recommended.