City of Your Final Destination, The


This review is based on a promotional disc and is only reflective of the final product in terms of the movie itself. I cannot rate technical or bonus features. 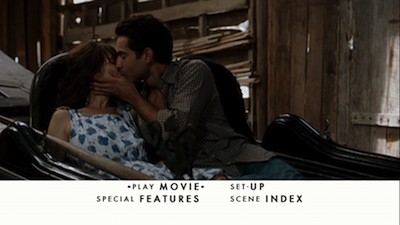 Omar Razaghi is a college professor hanging on to his job by a thread. When word comes that the family of a famous author he was hoping to write a biography on has refused to grant him authorization, Omar fears this is going to be the end of him. Hoping to stop being the eternal screw-up and turn things around, Omar leaves his truly awful girlfriend behind and heads to Uruguay to try to change the estate's mind.


The author at the heart of The City of Your Final Destination is an invention. His name is Jules Gund, and he only wrote one book, a tell-all about his own parents called The Gondola. The Gunds ended up in Montevideo after fleeing Germany post-WWII. Jules has left behind a brother, a wife, and a mistress, and these are the three people Omar (played by Omar Metwally) has to convince. The brother Adam (Anthony Hopkins) lives in a villa with his lover Pete (Hiroyuki Sanada), and he's not against having Jules honored in a biography. He could use the cash it might generate from renewed interest in The Gondola, and he isn't all that worried about his own life being turned topsy-turvy. On the other hand, Jules' wife Caroline (Laura Linney) doesn't want their arrangement exposed to the world, and she clings to a letter Jules allegedly sent her claiming he doesn't want to have anything written about him.


In the middle is Arden (Charlotte Gainsbourg), the mistress. She is not really against the book, but she is easily swayed by Caroline. They have gone on living together all these years, and there is a hierarchy to their arrangement. Arden has a daughter by Jules, and her life is spent on the expansive Montevideo property. She has grown lonely for other company, and so naturally she is going to be charmed by Omar. Just as Omar is going to be charmed by the drama. Yes, these people have put the function back in dysfunction, but at least they see Omar as being part of something, even if it's something they want to reject. His controlling girlfriend, Deirdre (Alexandra Maria Lara), only expects him to fail. 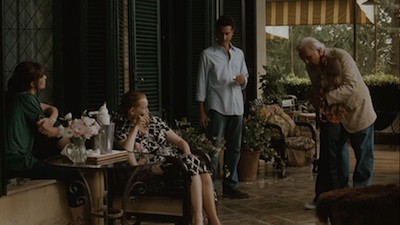 Ironically, Deirdre calls it. Omar is a failure. If an ensemble cast is like a chain of actors, and the chain is only as good as the weakest link, then Omar is the soft point in The City of Your Final Destination's chain. It's hard to say if this is a fault of how the character is written or how Omar Metwally plays him, so it's probably a combination of both. Omar is meant to be the Nick Carroway of this literary story, the outsider who desperately wants to be an insider and whose fresh eyes should provide commentary on what's happening with the group he is trying to penetrate. This means, sure, he is meant to be a bit of a cypher, but that doesn't mean he should be entirely devoid of personality. There is nothing at all substantial about how Omar is presented or performed, and there is only so much nothing you can put at the center of a movie until everything else goes tumbling after. This is a character who bears heavy portent. He is even loaded with the metaphor of having a phobia about quicksand. Don't worry, guy, that sucking sound you hear isn't a sinkhole, it's me losing interest.


The City of Your Final Destination is the latest film from James Ivory, and the first to be undertaken via the Merchant Ivory brand since James Merchant passed away several years ago. It's been sitting on a shelf for over a year and is currently involved in some legal tangles regarding production credits. It saddens me that the movie seems to carry these burdens with it as it trundles across the screen. The script is written by Ruth Prawer Jhabvala, the Oscar-winning screenwriter who has penned most of Ivory's films for the last several decades, and it's based on a novel by Peter Cameron. Having never read the book, I can't say whether it labors under the same literary pretentions as the film, but it wouldn't surprise me if this is a case of an author getting caught up in his own dreams of a literary legacy. I thank my lucky stars that no one attempted to create prose for the late Mr. Gund, and we are spared any purple phraseology.


The cast, to their credit, make a valiant effort to make something out of The City of Your Final Destination. Adam is the kind of role Hopkins barely needs to get out of bed to pull off (he gets to use the phrase "dear boy" a lot), but Linney is rock solid as the unbendable Caroline and Gainsbourg is soft-spoken and sweet, playing Arden with the right kind of vulnerability so that she is attractive without being broken. Too bad the big finish relies on a romance between her and Omar that hasn't really materialized onscreen. They are about as passionate in their scenes together as a piece of ice and a dead fish. Neither can really heat the other up. The revelation of love comes too easy, as do all the changes that Omar is meant to inspire. His arrival is intended to shake things up, but really, he just bores them all so much, they either have to get away or give in, there is no other option.


Which is kind of how I felt about The City of Your Final Destination overall. I didn't hate it, it merely existed as part of my life for two hours. I was fine with seeing it through to the end, but then, since I had to write this, I also didn't have the option of turning it off. You may choose to do otherwise, to get away yourself rather than give in. 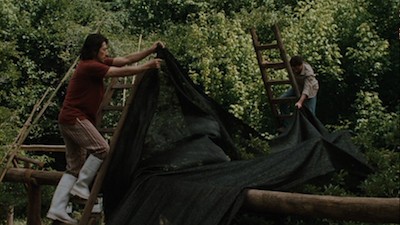 
The copy of The City of Your Final Destination that was sent to me is a promotional disc, and it is clearly labeled as such. Though it has a functional menu, clicking on the "special features" section only leads to an explanation that the features were not included for this test spin. Throughout the movie, a reminder that I am watching a screener also pops up intermittently as a subtitle running across the bottom of the screen. Thus, I can't really tell you how the final DVD is going to look. The promo disc is decent, if occasionally splotchy, so it if it's as good as this, I'd rate the image quality 3 1/2 stars--though one hopes they will do better. I'll leave it at no stars at the moment and reassess if I receive the real deal for review.


There is a 5.1 audio soundtrack, as well as 2.0 surround mix, and they sound very good. There are nice little touches in the back speakers, particularly in the nature scenes on the Gund estate. This leads me to believe the final product will sound equally good.


The DVD claims there will be subtitles of some kind on the final version, though these, like the special features, are not available for me. I do no not know if they will be multiple languages or just Closed Captioning.


Not only did the studio not include the bonus supplements on this disc, they didn't even give me info on what they would be. Since there is a section in the menu for features, I would assume there will be some, but your guess is as good as mine at this point. (I googled, and turned up nothing. Not even on the Merchant Ivory site.)


Oh, dear. I suppose this is going to have to be a Rent It. As an avowed Merchant Ivory fan, it pains me that The City of Your Final Destination falls into the same doldrums of most of their post-millennial work. The story of a literature professor traveling to Uruguay to try to convince the loved ones of a long-dead author to change their minds about the biography he is writing but who ends up changing their lives instead is about as underdeveloped as that sentence would make it sound. There is a great cast here--Laura Linney and Charlotte Gainsbourg in particular do fantastic work--but there is a big gaping hole where the main character should be. Omar Razaghi is just not that interesting a protagonist, and Omar Metwally is just not that good of an actor. (Hell, they couldn't even give him a different name.) The title may be The City of Your Final Destination, but really, it felt like a layover on the way to a better movie. 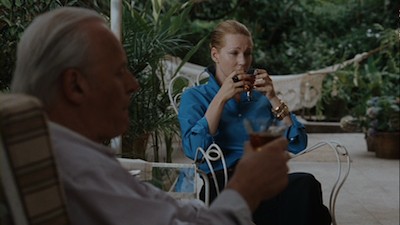