Soundtrack for a Revolution 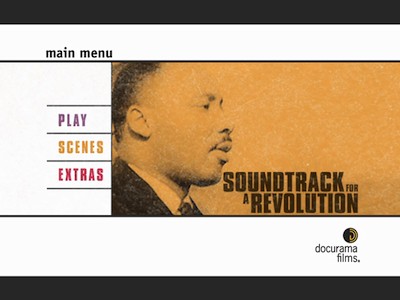 The new documentary Soundtrack for a Revolution is coming to DVD at a perfect time. With the United States once again caught in political turmoil, and with much of that turmoil being racially motivated (whether folks want to admit it or not), there is no better opportunity to dust off the story of the Civil Rights movement and remind people of the terrible toll racism took on our country mere decades ago. Granted, I'd much prefer that Soundtrack for a Revolution would be more about nostalgia for a triumphant period of time long since passed, with problems that seem so barbaric and antiquated we couldn't even possibly fathom how relationships between human beings ever got so bad, but that's not the world we live in, is it?

The film covers the growth of the Civil Rights movement, starting with Martin Luther King Jr. entering the fray, and the sit-ins and protests in Alabama and Mississippi, as well as the March on Washington. Soundtrack for a Revolution is no mere rehash of material, however; directors Bill Guttentag and Dan Sturman (who previously collaborated on the film Nanking) re-engage with the history through the tradition of song. They interview surviving activists and talk to them about the oral tradition that fueled the fight for freedom since the days of slavery, and how singing became the one way for the oppressed people to express themselves and spread revolutionary ideas. The narrative is connected to modern times by new performances from contemporary artists updating the protest tunes and spirituals for a new generation. John Legend, Joss Stone, Angie Stone, and the Roots, featuring backing vocals by TV on the Radio, tackle "Woke Up This Morning," "Eyes on the Prize," "Wade in the Water," and "Ain't Gonna Let Nobody Turn Me 'Round" with conviction and a little modern style.

We also hear some of the historical performances of these songs, as Guttentag and Sturman construct Soundtrack for a Revolution using old news and documentary footage, an educational film, and even some fascinating images of activists role playing to prepare themselves for sit ins. Some of these events featured sing-alongs, and the filmmakers track down Guy & Candy Carawan, a white couple who led many of the sit-in group choruses, to talk about how things came together. (Guy is credited with the adoption of "We Shall Overcome" as the theme of the movement.) Harry Belafonte and song leader Mamie Brown-Mason also talk about their parts in the demonstrations.

There are actually many people still around who were part of the Civil Rights efforts. Guttentag and Sturman interview religious organizers like the Reverends Samuel Billy Kyles, Ed King, Jim Lawson, and Harold Middlebrook, as well as aides to Martin Luther King, like Andrew Young and Dorothy Cotton, and King's widow, Coretta Scott King. John Seigenthaler, an assistant to Robert Kennedy, talks about their office's clash with Southern authorities, and Congressman John Lewis talks about getting students together to march. One of the most affecting sequences of Soundtrack for a Revolution is a montage of images of the living activists posing with their mug shots from being arrested for protesting in Alabama. There is also a sequence where legendary folk singer Richie Havens performs "May the Circle Be Unbroken" to accompany a collage of murder victims. The filmmakers pay tribute to those who gave their lives for their beliefs by showing photos of each person from when they were alive, accompanied by their name and how they were killed. The dead number among them white and black alike, and all ages, as well, including the four little girls killed in a church bombing in Birmingham, one of the most atrocious acts of the Civil Rights era. (But don't forget, white Americans can't be terrorists. I mean, that's the current propaganda, right?)

If I had one complaint about Soundtrack for a Revolution, it's that it doesn't zero in more precisely on the music angle. At times, that part of the documentary feels more like an afterthought. Also, there seems to be a missed opportunity by not having the artists involved talk about how this historical music has affected them. Why is it still meaningful? Does the tradition continue? One shot of Barack Obama at the very end of the movie is not really enough to sew it all up.

Be that as it may, Soundtrack for a Revolution is still an important historical documentary that bridges the gap between contemporary life and the struggles for the freedoms we all enjoy by showing how music unites us all. The Civil Rights Movement is full of powerful stories, and the fact that we have images and sounds to show us what it was like should hopefully go a long way to keeping future generations from forgetting the price that was paid by these brave trailblazers. 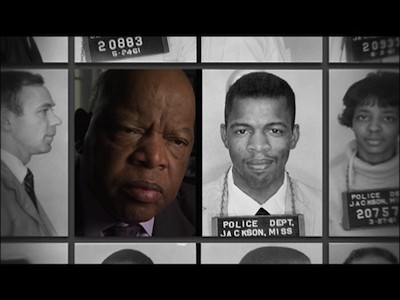 Video:
Soundtrack for a Revolution was shot in widescreen and comes to DVD via an anamorphic transfer. It looks good. The contemporary footage is crisp with good lighting and natural color tones. There is a little bit of ghosting, but it's not too bad.

Note: I saw some shimmering and artifacting in the bonus features that I did not see in the main feature, so expect a slight downgrade when you switch over.

Sound:
The movie is mixed in Dolby stereo and it sounds really good, even if it is pretty much centered right down the middle. The movie really could have stood a much more full mix, drawing out the nuances of the musical arrangements. 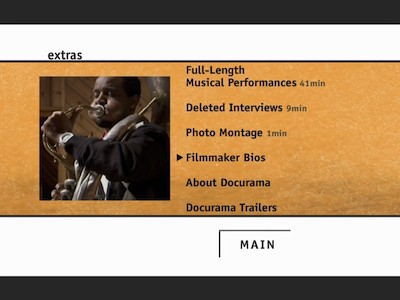 Extras:
There are quite a few extras on Soundtrack for a Revolution but none more essential than the full musical performances. Most of the new performances are either clipped in the movie or feature other footage cut into them. All eight songs are here in their entirety. The true standout is the Roots collaboration with TV on the Radio--who don't actually get listed on the title card. That's not cool. Two bonus performances by the Carlton Reese Memorial Unity Choir--"Ninety-Nine and a Half Won't Do" and "This Little Light of Mine"--brings the song total up to ten, and the music section clocks in at 41 minutes.

Three deleted interviews (9 minutes) add new anecdotes, including one woman remembering being bused to school in Selma, the significance of the song "This May Be the Last Time," and a longer description of violence in Mississippi.

A 1-minute photo montage compiles stills of performers and interviewees. There are also text-based filmmaker bios and info on Docurama, as well as some Docurama trailers.

FINAL THOUGHTS:
Recommended. Soundtrack for a Revolution doesn't fully realize its goals, but it definitely takes an interesting stab at them. The new documentary uses footage from the Civil Rights marches of the 1960s alongside new interviews with people who were there to re-examine what happened and the importance of music to the movement. New acts like the Roots and Wyclef Jean have recorded their own performances of the classic material, and these are used to punctuate the story and also to connect everything to today. Soundtrack for a Revolution could have used some more focus on its original intent, but it's still a good story with great tunes, and well worth giving a look...and a listen. 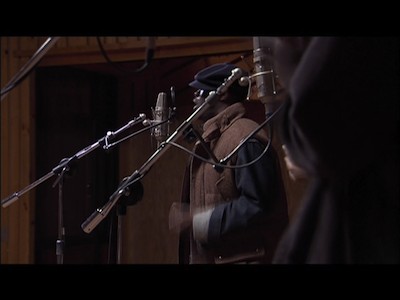