Twenty-three years before it was revealed James Frey pulled a fast one on not only the literary world, but also the general public, with his fraudulent autobiography, "A Million Little Pieces," a similar scandal rocked the media world. Gerd Heidemann a writer for the German magazine, Stern, had the scoop of a lifetime. An East German military officer had access to the supposed lost diaries of Adolf Hitler; his brother Konrad Fischer quickly appears to be a cash-cow for Heidemann, serving as the middleman between the officer, while Heidemann himself serves as the middleman between Konrad (or Conny as he's more affectionately known) and the press. In the end, what started as a small time con involving Heidemann skimming increasing payments to Conny, winds up becoming a global media fiasco, costing millions and the integrity of an army of media figures. 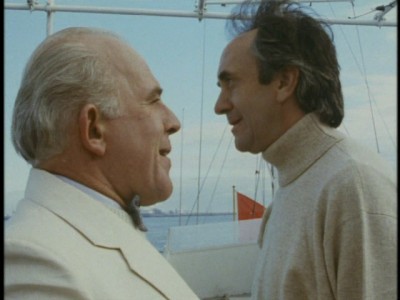 Alastair Reid's 1991, miniseries dramatization of the 1983 scandal, "Selling Hitler" is a frustrating telling of the bizarre events which straddle the line between absurdly humorous and downright pathetic. The series, running three and a half hours over the course of five episodes, begins quite slowly, introducing us to our "hero" Heidemann, played skillfully by the always-dependable Jonathan Pryce. Heidemann's natural charms are established through the relationship with his wife Gina (Alison Doody) as are his expensive tastes, in the form of a fancy yacht. When Heidemann finally meets Conny and is sold on the diaries, we can't help but feel a pang of sympathy when the first episode closes with the reveal that Conny is a fraud and is personally forging the diaries.


Reid's direction is a mixed bag, very workmanlike at times, allowing the natural events to unfold and the characters advance the story. However, the inclusion of Wagnerian fantasy sequences featuring Gerd and Gina (based on a constant reference to a "lost opera" also written by Hitler) try and shovel on the black comedy element that the production strives for at moments, but ultimately fails. The real comedy comes from reaction of the media men, who get word of Gerd's findings and allow themselves to be sucked in to an expensive bidding war, never really questioning the increasing asking price from Conny (artificially inflated by Gerd, who's skimming the difference) nor the seemingly endless supply of lost diaries. 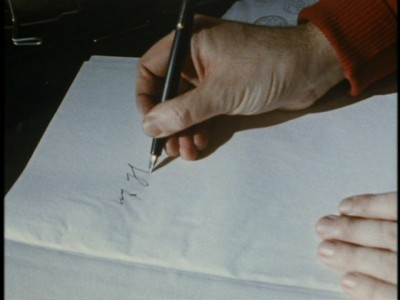 The strongest and most memorable moments come from the few revelations of the diaries, entirely mundane, which the moguls all agree confirm the authenticity. Even when historians get involved and dispute the authenticity, the greed of everyone will draw out a chuckle from even the most jaded. When the entire scheme, which is a much more apt word than business deal, crumbles, the viewer is left one final gross laugh at the expense of Gerd and his media comrades. However, despite the payoff, extremely poor pacing mars the production and my initial gut reaction left me feeling cheated. Reid doesn't make up his mind whether he's making a drama or a pitch-black farce based on actual events. The previously mentioned opera dream sequences, quirky, but annoying yodeling soundtrack, and an over-the-top, memorable, but mood breaking performance by Alexei Sayle as Conny, all hint towards the latter.


"Selling Hitler" is a merely adequate miniseries. Pryce does a more than admirable job at maintaining a character that is morally bankrupt, but still elicits the audiences' sympathy because he is being duped himself. The supporting cast is memorable as well, with the exception of Doody, who lazily plods her way through scenes. Tom Baker turns up as Gerd's editor in a role that distances himself from his iconic role as the Fourth Doctor, and Barry Humphries, pops in as Rupert Murdoch toward the height of the story. The cast would have been greatly aided by a stronger production design, which loses points for failing to capture 1980s West Germany; instead the entire show looks like early 1990s England. This oversight lets the overly stretched narrative wear out sooner than it should. Three and a half hours was far too long to get across what Reid produces; a deadpan tone and some judicious editing could have turned this into a far more memorable television movie. 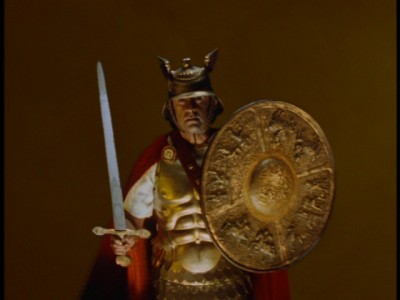 
The 1.33:1 original aspect ratio transfer is not an eye-pleaser. A moderately noisy looking transfer is afflicted with the occasional print damage and some color balance issues, with the majority of the production giving flesh tones a slightly warm look, while others sapping them of life. Contrast is a bit on the heavy side, with characters and objects getting lost into oblivion in darker scenes. Detail is soft to say the least, although, that could be attributed to the source material, as no sign of DNR rears its head.


The English Stereo audio serves the dialogue well, distortion free and appropriately mixed against other effects. The production gives the audio a chance to work up a sweat during the opera dream sequences, but even here, it just strives for average, showing a slight increase in life, but nothing spectacular. English subtitles for the hearing impaired are included.


The lone extra on the second disc is a text epilogue that one might expect attached to the feature itself, just before the credits roll.

"Selling Hitler" is a serviceable telling of one of modern media's greatest hoaxes. Worth seeing if just to laugh and point at the blind greed unfolding, it's a production that will likely leave you fondly remembering it's best moments. I find myself feeling this way about the production, and it's only when I am reminded of the adequate but dull filler, especially, during the first three-fifths of the program, that I recall feeling the story could still be told better. Rent It.