Jesse V. Johnson's previous directorial effort "The Butcher" was a welcome surprise. A direct-to-DVD old school inspired tale, it showcased the acting talents of Eric Roberts and Johnson's strong efforts and mixing putting a modern spin on classic storytelling. Now, Johnson's latest effort, "The Hitman Diaries: Charlie Valentine," arrives on DVD and shows that "The Butcher" was no fluke in terms of Johnson's talent as a storyteller and director.


The film focuses on the waning career of mobster Charlie Valentine (Raymond J. Barry), an older but still very lethal killer who has a very refined way of handling himself. Valentine gathers a crew of older crooks in a seemingly perfect plan to rip off his boss, Rocco (James Russo). However, nothing goes perfect in the underworld and the robbery, featuring cameo appearances from 80s action favorites Vernon Wells and Keith David, goes south quickly. Following a gruesome shootout, Valentine escapes with his life, but is caught in the act beforehand by Russo. Now, persona non grata , Valentine rips off Russo's prized car and holes up with estranged son, Danny (Michael Weatherly). In an interesting twist, Charlie is the more reluctant party to rekindle a relationship, but Danny, a bouncer on parole seeks to learn the ways of "the life" from the master himself. 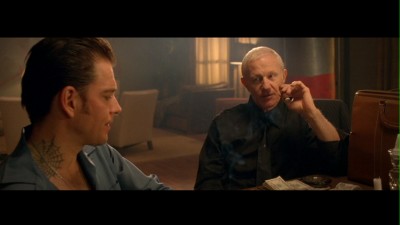 "Charlie Valentine" has a lot working in its favor, but also some nagging flaws that keep it from being a truly outstanding film. Johnson has a very confident vision for the film, taking old-school conventions and style and placing them in a modern setting. The titular character feels like an amalgam of 70s heavy with a 50s swagger. Barry does an admirable job of walking the line of (at times faux) elegance and genuine menace. He's charming when he needs to be, but as a scene towards the middle of the film shows, he can handle his own physically against people twice his size and half his age. He'll kill without batting an eye. Unfortunately, a major section of the film puts him as mentor to his son, and these scenes often feel underdeveloped and Barry's limitations shine through, most notably in scenes with a dancer named Blondie and his son.


In hindsight, Barry feels at times like a casting mistake. He feels like an actor best used in small doses as evident in his wisely limited role on "Justified." There's not a real good feeling of chemistry between the father and son, and even though Charlie's intention to remain somewhat detached from his offspring is a key subtext, when the two have to have heart-to-heart moments, things fall flat. Weatherly as Danny Valentine is easily the weakest link in the film, far too over eager and idealistic to be believable. Fortunately, Johnson steers things back on a steady course in the film's final act and reigns in Weatherly when it really counts. 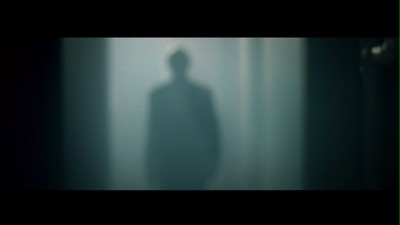 On the opposite end of the spectrum though, special mention goes to a surprising performance from Steven Bauer as Danny's boss, Ferucci. Bauer, who I have to be honest I only recall playing second fiddle to Al Pacino in "Scarface" as Manny, sneaks in and never lets the viewer fully see his intentions or motivations. He keeps viewers on their toes and when he steps up as a major player in the final act, the result is extremely satisfying. Tom Berenger also makes a cameo appearance as Charlie's parole officer, and I did wonder how the movie would have faired with Berenger in the titular role, he definitely has shown in the past he has the dramatic chops and tough guy cred to pull it off.


Last but not least, the action scenes in "Charlie Valentine" like in "The Butcher" are top-shelf. While nothing comes close to the sheer fun and insanity of "The Butcher's" final act, "Charlie Valentine" does have two great set pieces, at the beginning and end. The tone and intent of the film doesn't require over-the-top shootouts, so Johnson keeps things relatively grounded and brutal. To be fair, the entire movie is very well shot, mixing straightforward framing with stylistic flourishes for great dramatic effect. Johnson's visual eye is definitely consistent and it is one of the factors that makes this and "The Butcher" stand out from most direct-to-video releases. 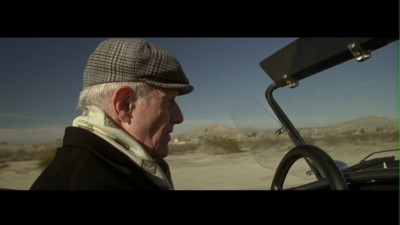 In the end, Johnson delivers a solid-B effort that comes so close to eclipsing "The Butcher." Pacing issues are non-existent; in fact, the middle section of the film feels rushed at times. The story itself is a tad cliché, but the obvious influence from older films makes this forgivable. I can only imagine how great a film Johnson could have made if he were working in the 70s and had access to an actor like Lee Marvin, James Coburn or Robert Mitchum. "Charlie Valentine" entertains, missing a few notable marks, but still worthy of winding up in the "win" category for all involved.


The 2.60:1 anamorphic widescreen transfer is a solid affair. Free of technical hiccups, it sports strong contrast and good color reproduction, capturing the color palette of the underworld as well as the lonesome natural scenery during an early driving montage. Detail is in the moderate range, with a healthy subtle level of grain ever present.


Sadly the English Dolby Digital 5.1 audio has some glaring flaws, which at times nearly clouded my judgment of the film. A lot of the dialogue at times sounds under mixed and hollow, while the soundtrack, which smartly uses diegetic scoring, feels just like a feature film mix should. Sound effects are underplayed but still effective. There are definitely segments where the dialogue sounds more appropriate, but the moments it doesn't, can be distracting. English and Spanish subtitles are included.


A commentary track with Johnson, cinematographer Jonathan Hall, and line producer Kelli Kaye strikes a good balance between technical information and fun anecdotes. Johnson is extremely knowledgeable when it comes to his influences, and his inspiration from period films of bygone decades is discussed. It's a nice listen free of false praise, but still shows pride in the final product.


"The Making of Charlie Valentine" is your typical promotional behind-the-scenes piece, gathering many participants for brief interviews. The trailer for the film is also included.

A strong effort, "The Hitman Diaries: Charlie Valentine" is two-thirds a good movie and one-third a merely so-so movie. Raymond J. Barry gives a memorable but flawed performance, while Steven Bauer is the pleasant surprise. Jesse V. Johnson continues to grow as a filmmaker, mixing the old with the new. Unfortunately, Lionsgate drops the ball with the audio on this disc. Give it a shot, Rent It.