Pirates of Dark Water: The Complete Series, The 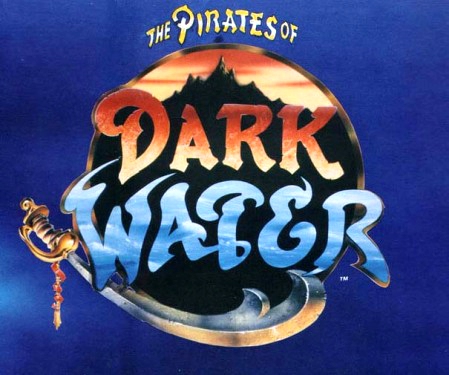 Ambitious but short-lived, David Kirschner's The Pirates of Dark Water (1991-93) blended sci-fi, fantasy and action into a cult-favorite animated series. Our swashbuckling story revolves around a band of adventurers in search of "The 13 Treasures of Rule"; upon collecting them all, they could prevent the alien world of Mer from succumbing to the evil power of Dark Water. These adventurers include Ren (a young man with a mysterious heritage, not an asthma-hound Chihuahua), Tula (an "ecomancer" with the ability to affect the environment), Ioz (a money-hungry rogue) and Niddler (a bird-monkey with a ravenous appetite), though they encounter other like-minded pirates along the way. Together (and sometimes apart), these protagonists sail the 20 Seas of Mer in search of these treasures...and though plenty of side-quests are here to distract them, The Pirates of Dark Water does a decent job of sticking to its main story.

Of course, this wouldn't be a respectable animated series aimed at kids without a suitable group of mustache-twirling, hand-wringing bad guys. Our heroes are constantly pursued by Bloth (dastardly captain of the Maelstrom) and his crew; like the Decepticons, the Foot Clan, COBRA and so forth, these sinister foes are simply bad guys for the sake of being bad. This, of course, does little to separate The Pirates of Dark Water from other animated series of the era, but it does earn points for an imaginative visual style, ambitious scope (even though the execution was short-lived), creative environments and colorful characters. The adventures of Ren and company only lasted 21 episodes, but the show's modest strengths should have carried it longer than just two years (although the franchise extended to a few well-received video games, action figures and more). It's also worth noting that the first five episodes, initially titled "Dark Water", were aired as a mini-series and featured a slightly darker, more ominous tone. Like TMNT and countless other animated shows, though, The Pirates of Dark Water gradually became goofier as time wore on...and it also drifted away from the main story, though it may have resumed the course if not for its premature cancellation. Presented by Warner Bros. Archives on four discs as a Complete Series collection, these 21 episodes include the following:

Even though the synth-heavy score hasn't aged very well, the voice acting for The Pirates of Dark Water still earns good marks. Featuring the likes of George Newbern (Justice League), Jodi Benson (The Little Mermaid), Frank Welker (far too many shows to count), Hector Elizonda (Chicago Hope), Brock Peters (To Kill A Mockingbird), Peter Cullen (Transformers), Tim Curry (The Rocky Horror Picture Show) and more, it's a fantastic line-up of talent that helps to elevate the show to slightly greater heights. One note about the voices, however: the first five episodes originally featured Roddy McDowall as the voice of Niddler, but Frank Welker assumed the role from episode #6 onward. These five episodes were redubbed by Welker for reruns, and those are the versions included on Disc 1. It's unfortunate that this collection does not credit McDowall for his vocal contributions, as the inclusion of both audio tracks (or at least a few deleted scenes) would've been a nice touch.

In any case, most semi-obscure shows have yet to be released on DVD, and some may never see the light of day...so any way you slice it, Pirates of Dark Water: The Complete Series is a welcome release by Warner Bros. Though the format of this collection leaves a bit to be desired (see below), die-hard fans of the series shouldn't have any problem throwing down $30 for this release. Those who don't have vividly nostalgic memories of the series may find themselves stuck on the fence, though.

NOTE: As mentioned on the packaging, this four-disc release is a "burn-on-demand" title and, unfortunately, will not play in many DVD-ROM drives and recorders (hence the lack of screen captures). Of course, this may affect whether or not you choose to purchase this title, but most stand-alone players should load these discs with no problem.

Presented in their original 1.33:1 aspect ratios, these 21 episodes don't look half bad. The color palette is dull at times and image detail tends to run a bit soft, but most episodes appear to be fairly clean and clear overall. Mild interlacing can be spotted at times, though it's generally kept to a minimum. Fans will be thrilled to finally have this series in decent condition---and though this isn't a perfect picture, it still looks as good (or better) than most lower-profile animated shows from the early 1990s.

Likewise, the audio presentation is somewhat basic but manages to get the job done. These episodes are paired with their original Dolby Digital 2.0 Stereo mixes and feature relatively crisp dialogue and music cues. Unfortunately, no optional Closed Captions or subtitles have been included with these episodes, which is always a disappointment.

The menu design and packaging are the first signs that this is a truly barebones release; on all counts, they give you the basics and nothing more. The navigation consists of static, straight-outta-1997 screens with no sub-menus. Each 22-minute episode has been divided into just two chapters (honestly, four should be the minimum), and no obvious layer changes were detected during playback. This four-disc collection is housed in a clear, multi-hubbed keepcase with hideously over-saturated cover art. Like the contents tucked inside, this is a no-frills effort that fans will tolerate at the very most.

Bonus Features
We barely even get menu screens, so of course no bonus features are on board. A short documentary---or at least a few vintage TV spots or art galleries---would've been a nice touch, but at least all 21 episodes are accounted for.
Final Thoughts

The Pirates of Dark Water: The Complete Series offers just that...but at the same time, this four-disc set is disappointingly thin. The series has held up well during the last two decades (aside from the music), blending action and fantasy into all 21 episodes. Though kids of the early 1990s may not recall this series in vivid detail, it's worth a second look 20 years later. Warners' four-disc package redefines the term "barebones", pairing a decent technical presentation with...static menus and efficient packaging. The Pirates of Dark Water: The Complete Series comes mildly Recommended for purchase, but only because it's not available to rent.