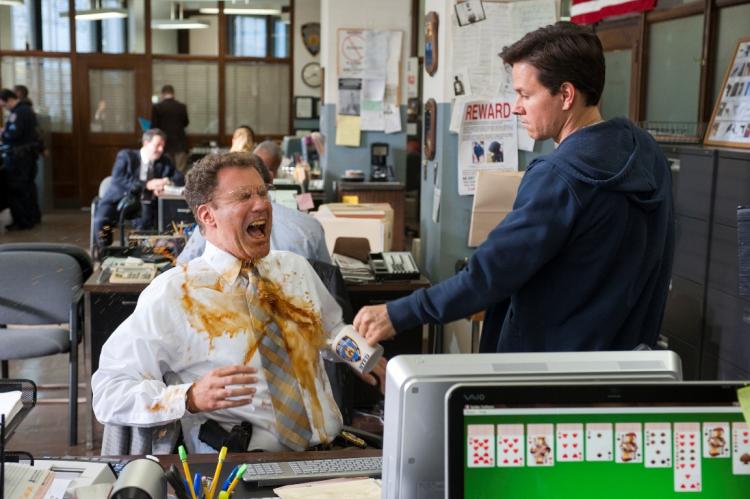 The Other Guys has a terrific cast and a promising concept, but most of the film falls flat despite much effort on the part of everyone involved. Will Ferrell and Adam McKay have made a couple of very funny movies together (Anchorman and Step Brothers), both of which always seemed on the verge of not being funny. This duo's comic sensibilities court a sense of impending failure and string audiences along on riffs that can become uncomfortably extended, but which often succeed on the basis of that very discomfort. For The Other Guys, McKay assembles a typically strong cast for a head-first dive into genre territory: action pictures. Whereas McKay and Ferrell's other films together seem to stem from character-based concepts, The Other Guys wants to embrace and enjoy specific genre conventions. As a jumping off point, the action genre hurts the film's comedy, which is forced to struggle against the tighter production demands of action sequences and a more plot-driven environment. McKay and Ferrell's usually loose, improvisational style seems burdened and curtailed by the need to cut faster and move the story forward.

Ferrell plays Det. Allen Gamble of the New York Police Department. He and his partner, Terry Hoitz (Mark Wahlberg), are desk-bound losers derided by just about everyone they work with. When the city's hero cops (Samuel L. Jackson and Dwayne Johnson) are killed in the line of duty, Gamble and Hoitz are given an opportunity to shine - an opportunity that they bungle at just about every turn, to the chagrin of their beleaguered captain (Michael Keaton). But they also build an incremental case against Sir David Ershon (Steve Coogan), a Bernard Madoff-style investment manager. The plot becomes a bit too twisty at this point, proceeding uncertainly and elliptically to include an appearance by Eva Mendes as Gamble's unlikely wife, and a focus on Gamble and Hoitz's strained partnership.

The film's cast list is staggering, and each performer works very, very hard, to mixed results. Keaton has some particularly good moments, but Coogan is wasted in a role that utilizes virtually none of his enormous talent. The key problem here is a sense that the cast is hemmed in by a script that relies too heavily on a standard action film structure. Based on those involved, The Other Guys should have been a lot more inventive in terms of stretching and subverting action clichés; instead, it sticks too closely to the demands of action movie pacing, wrecking the ability of these great comic performers to create something new within those boundaries. The Other Guys wants to get through scenes quickly, establish plot points, and build to action scenes.

This is unfortunate because the raw material and comic instincts are here - they just aren't allowed to develop and play out the way they should have. McKay is too concerned about getting to the next scene in trying to manage a script over-laden with plot points. Some jokes work extremely well, including the demise of the Jackson and Johnson characters, and several other bits. The Other Guys doesn't fall flat, it's just not the success that it should have been.

Image and Sound
The enhanced widescreen transfer looks great, as is the usual from Sony. The film was shot using the current standard washed-out action film palette, in somewhat harsh light. The transfer is very strong, with no discernible compression evidence, and well-modulated contrast. The 5.1 surround mix is surprisingly dynamic, particularly during the action and stunt sequences. Surrounds are used effectively - even aggressively - during explosions and car crashes.

Bonus Content
McKay's films have always come with a big helping of bonus content, but that's not the case this time around. The only extras are a couple of brief featurettes, including a group of outtakes from a single scene with Keaton that is pretty fun.

Entertaining enough, The Other Guys doesn't live up to its potential. Ferrell and the rest of the cast seem to enjoy themselves, but the script doesn't serve them well. The film plods along, buoyed only by very occasional moments of true hilarity. Rent it.