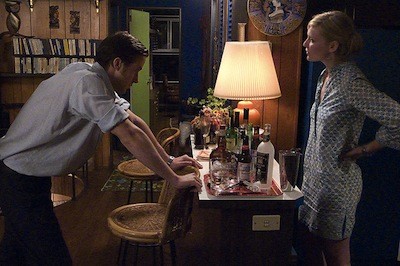 In 1971, Katie meets David when he is sent to her apartment to fix her leaking pipes. David is wearing a tuxedo because he was on his way to his father's upscale party, where daddy expects his progeny to hobnob with senators and mucky mucks. David, played by Ryan Gosling, is David Marks, of the "we own half of Times Square" Markeses--though he'd rather be a different David Marks than the expected blue chip off the old moneyed block. He and Katie (Kirsten Dunst) feel an attraction, and he takes her to the party. She survives meeting Sanford Marks (Frank Langella), a widower whose mentally ill wife jumped from the roof when David was just in elementary school. The young boy saw everything, and he's never been right since.

As whirlwind romances go, it's not terribly romantic, but at least David and Katie get along, and one would think there are worse things you can do than to marry into a wealthy family. Even if your husband doesn't want any part of daddy's fortune. He and Katie initially move to Vermont and open a health food store. Its name: All Good Things. It's one of those choices that will have an ironic significance. As Sanford lures David back to New York to join the family real estate firm, the newlyweds will discover that really, everything good was held in that store. It's the last of the few times we see the inscrutable David really happy.

All Good Things is the first dramatic feature by Eugene Jarecki, best known for his documentary Capturing the Friedmans. That movie was about the secrets that families keep; it delved into one clan's dark past and ended up leaving the audience--and perhaps the filmmaker--unsure of what to believe. Jarecki is up to similar shenanigans here. The script by first-timers Marcus Hinchey and Marc Smerling is based on real-life events, though the names are changed and, it would seem, we are no closer to the truth than law enforcement.

After David starts working for his father, he and Katie live well for a while. They start having problems when Katie wants to have children, but David is adamant against it. He grows more distant and erratic as time passes, and both husband and wife have drug problems. Arguments turn violent, and Katie can't get David to agree to a proper divorce. Then, in 1982, she disappears. Jump ahead to 2000, and a manuscript by one of David's friends (Lily Rabe) leads to the district attorney reopening the case. David goes into hiding, and the second half of the movie is focused on detailing that portion of his life. Jarecki chooses to thread David's testimony from a trial for a different crime through the movie, tipping his hand early that something is rotten in the Marks home--even if we don't see who David is talking to or why until late in the picture. It's one of several intriguing choices that Jarecki makes with his sound design. He regularly transitions from one scene to the next by moving into the next bit of audio before cutting away from the visual. It can be unsettling, but in a good way. It's like we're moving from thought to thought before each one can be finished, a small sampling of what might be going on in David's own fractured mind. 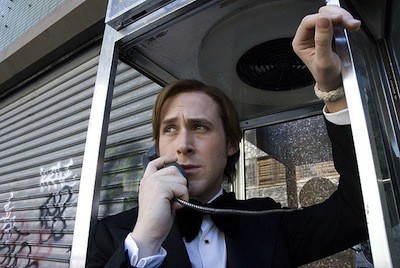 Admittedly, Jarecki's use of audio is probably the only thing about All Good Things that feels at all innovative. If you spend any time watching any of the hour-long news shows that clog up network TV after 10 pm every night*, then you have likely seen these kinds of stories play out: wife disappears, husband is suspected, husband thinks he gets away with it...but does he? Strip away Jarecki's austere tone, and you could also turn this into a Lifetime cable movie about domestic violence. Call it Heir to Madness or Murder was His Birthright.

The familiarity of the material is a flaw, but it's not a fatal one. Jarecki's even pace and chilly atmospherics succeed in keeping the movie from being lurid or exploitative, and they also serve to keep the viewer intrigued enough to keep watching. You always have the feeling that something dangerous is just about to be revealed, the tension will give way and the puzzle will be solved. Granted, we never quite get there, but there are some interesting developments after David goes on the lam. As it turns out, even true crime enthusiasts may not be able to call all the twists before they happen.

The real saving grace of All Good Things, though, is the casting. Everyone here is very good, including Rabe as the flighty writer and gristly veteran actor Philip Baker Hall, who plays David's friend in the fugitive years. Kristen Wiig and Nick Offerman, both known primarily for comedy, also make an impression in their brief scenes as Katie's confidante and her older brother, respectively.

It's the three actors that lead the picture that are the most memorable, though. Frank Langella is a powerful presence, and he brings the right pathos to what could have otherwise been an entirely unsympathetic role. It's also really great to see Kirsten Dunst in something substantial again. It's easy to forget that she has more to offer than we see in the breezy rom-coms she so often ends up in. As Katie, she shows how a grounded woman can lose her footing. It's a fragile performance of a fragile person, like a softer variation on one of her more underrated roles, the mentally unstable girl in Crazy/Beautiful.

Ryan Gosling has the toughest job of the bunch. He has to portray David as a guy whom we think we know everything about right when we first meet him, but as the story progresses, we realize we don't have the first clue. It's practically a reverse character arc. It's not that David reveals who he is, but the opposite: he withdraws so far that, like Katie, we no longer believe we ever knew him at all. He manages to dismantle the personality quite effectively, even if it doesn't entirely work as narrative. One could argue that trying to stay out of David's head is a cop-out on the part of the filmmakers. They put other unknowable pieces of the story together, but they keep their distance from this main one. I could have also used with just a bit more of the happy David from the early scenes. What Katie sees in him isn't established enough for the reversal to have as much impact as it should have. Sure, this is likely true to the reality All Good Things borrows from, but if you're going to stray into fiction anyway, go for it. It's not like we don't get what Jarecki and the writers want us to think happened. (Oddly enough, Robert Durst, the man David Marks is reportedly based on, allegedly likes the movie.)

Andrew Jarecki has a solid command of cinematic language, so it will be interesting to see his future efforts, especially if he gets his hands on a more complete script. All Good Things is definitely a case where the importance of the journey overtakes that of the destination. Worth at least a one-way ticket to see the actors do their thing. 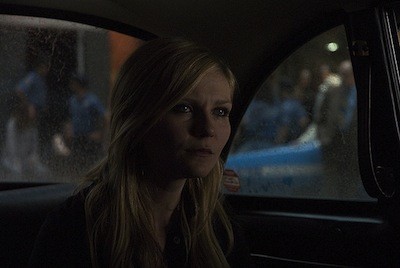 * Though I found a text article on CBS' 48 Hours website about Robert Durst, the man whose possible crimes were the inspiration for the movie, I can't find anything suggesting that this or any similar news show covered the case.