In 2000, Mark Hogancamp was beaten senseless outside of a bar by a group of brutes. The resulting brain injury wiped his mind clean, forcing the 38-year-old man to relearn basic functions, rebuilding his life after an extended hospital stay. Instead of feeding into an understandable rage over what was lost, Mark reclaimed what was left of his life through a curious hobby: photographs of 1/6-scale dolls engaged in a large-scale WWII recreation that reflects Mark's own dreams of community support, filling his vast emotional needs.

"Marwencol" is the title of this documentary and the name of Mark's faux Belgian town, where his dolls carry out their daily existence of war, patrol, and consumption while the artist creates vivid narratives that every figure participates in. Director Jeff Malmberg doesn't aim for the obvious with this odd snapshot of backyard therapy, instead capturing Mark in a pure sense of reaction to the camera and life itself, which is repeatedly reduced to 12-inch duty so he can process the world and regain some sense of control that was lost when he experienced brain trauma. 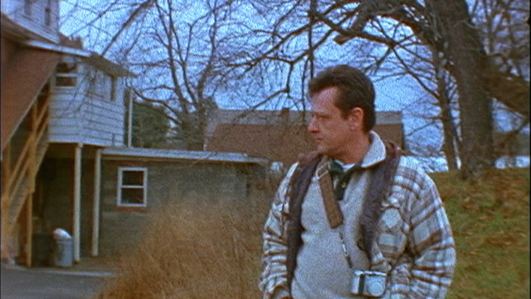 Without indulging a dripping sense of whimsy or sympathy, Malmberg allows Mark's wondrous work with the dolls to tell his story. A man obsessed with details, Mark dresses and arms his soldiers and floozies (catfighting is a local pastime) with meticulous care, erecting bars and shops to stage his stories in, visiting a local hobby shop to keep his world stocked with teeny minutiae. And what wonderful minutiae it is, committed to film by Mark in a manner that creates reality to the doll world, with lifelike scenes of conflict and reaction that feed into the creator's sense of escapism. Faced with mounting debt, medical difficulties, and a job rolling meatballs at a local restaurant one day a week, Mark channels his frustration into the combat tales of Marwencol, monitoring a combustible town populated with the alter-egos of friends and family.

A chain-smoker and woozy raconteur, Mark's an approachable fellow with a remarkable, irony-free sense of meditation. He lives through Marwencol and his photographs, which help him to cope with his heartbreaking life. There's an obsession with clothes and feminine footwear that's carefully explored, peeling away the layers of the Marwencol mayor, moving past the attack to observe a man snapping the pieces of his former existence together. Through the dolls, Mark is able to confront his assault, organize his friendships, and struggle with personal sexuality. Yet, the film isn't a heavy reinforcement of shame, but a composed celebration of creativity, brought to life through the soap opera of toys, offering Mark the hero status he's always dreamed for himself. 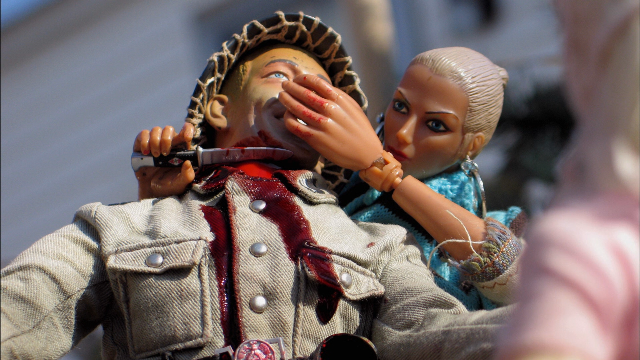 The AVC encoded image (1.78:1 aspect ratio) presentation is blended with various video and film sources, capturing different degrees of Mark's reality. The viewing experience is varied but purposeful, with home video intimacy creating a soft but fluid image. There's a lack of crispness, but the low-tech footage is served well through natural colors and a lack of overt digital hiccups. Film-based asides are more cinematic, with the presence of light grain and richer hues, permitting a more substantial read of screen details. Marwencol photographs are a visual feast on the disc, with a clean look at the artistry, providing fantastic textures and color pop. Format changes are handled smoothly.

The DTS-HD 2.0 sound mix delivers a frontal push to voices and music, delivering a basic, unfussy documentary experience that might not morph into something more explosive, but fits the unsettled mental mood here perfectly. Interviews are cleanly arranged (emerging from film and video sources), with all thoughts and monologues easily understood. Scoring is light but well blended into the picture, keeping back while the visual elements provide the more convincing cinematic power. The disc also handles silence quite well, supplying a rich sense of calm to help study the photographs and Mark's weary face.

There are no subtitles provided. 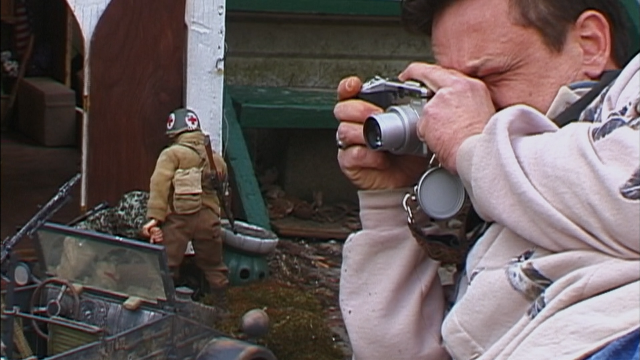 "More Stories from Marwencol" (11:41) extended the narrative of the town, simply including new tales of wartime death, destruction, sensuality, and jealousy, brought to life through these amazing photographs and Mark's narration.

"Deleted Scenes" (19:02) are short beats of recollections and questioning from Mark, who expands his thinking on outside interpretations of his work, the residual effects of his attack, and the finer details of Marwencol -- a place where pornography is freely consumed. There's also a more in-depth look at the construction of the town.

"Mark's Reaction to the Film" (2:32) isn't quite a profound reaction to the picture as expected, but the subject's thoughts after a home viewing are quite interesting, pinpointing the message of the feature. 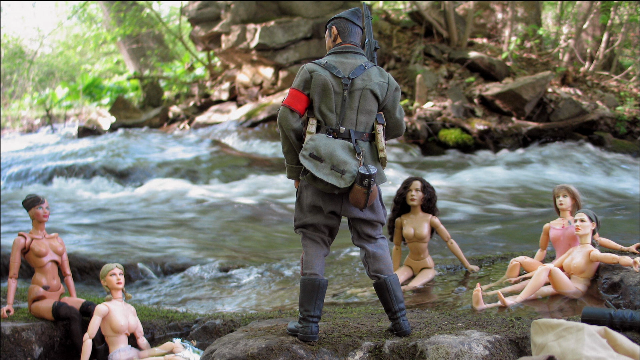 Turning Marwencol into a New York art show is perhaps the only real sense of plot the documentary has. It's an interesting tension, brought on by Mark's high-heeled anxiety, but the true beauty and amazement of the film is best left lingering inside the borders of this imaginary town, populated with plastic grunts and powered by the artistry of a man attempting to discover his true self for the second time in his life. 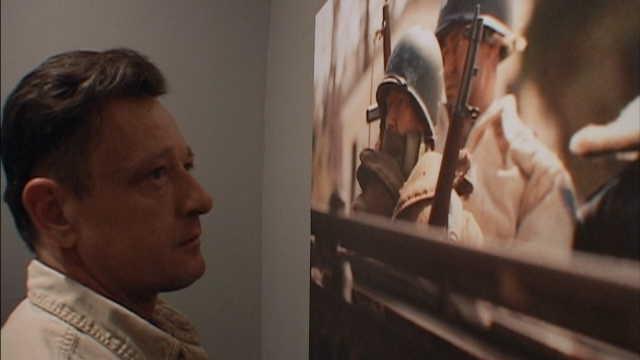