A true oddity in the martial arts genre, 1979's "The Crippled Masters" is equal parts exploitation, high camp, and crowd-pleasing action. The first in a trilogy of films starring Jackie Conn and Frankie Shum, two real-life handicapped martial artists, the film wastes no time setting up a back-story, instead beginning with Lee Ho (Conn) having his arms brutally removed via axe, a punishment for vaguely alluded to transgressions against the film's villain Lin Chang Cao (Chen Mu Chuan), a scar-faced kung-fu master with a penchant for cruelty and a metallic hump on his back. 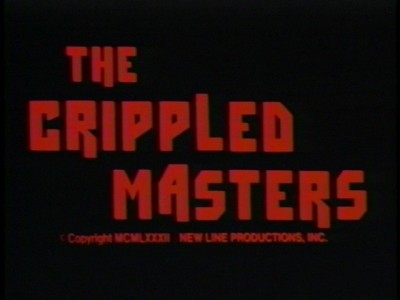 Conn (in real-life, a victim of Thalidomide) is tasked with carrying the film forward for a good 20 minutes, until we jump back to the evil Cao as he dissolves the legs of Tang (Shum), a henchman who was witness to Ho's earlier disfigurement. Fate brings the two together, and with the help of a kindly farmer/martial arts master, the two begin their training, in hopes of seeking revenge for their injuries. What follows is your standard martial arts story of seemingly inept characters growing into heroic ass kickers. "The Crippled Masters" is a shocking experience, as it goes from using the two men's very real disabilities for sick laughs as they struggle to do basic tasks like eat and move, to highlighting Conn and Shum's amazing martial arts skills.


In the first training sequence, Conn displays his trademark ability to manipulate a bo staff with short, partially formed hand present at his shoulder. As the "legs" of the duo, Ho must be able to use his feet like hands, gripping the staffs with his toes before tossing them to his deformed hand, and spinning them around his body with jaw dropping precision. Later, as the duo go to confront the townspeople who mocked them earlier, he demonstrates his quick feat and penchant for head butts while, Tang moves himself from table to floor with his hands, proving to be as fearsome as his counterpart. Shum's real-life handicap appears to be severely atrophied legs, which he keeps crisscrossed beneath his body. It's during this pivotal scene that the film transcends from being a cheap exploitation film into something special. 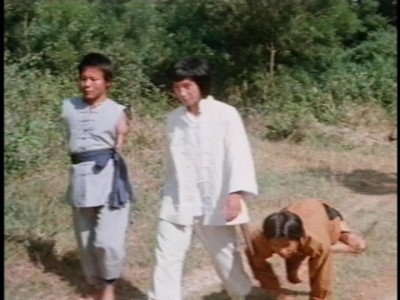 Conn and Shum are without a doubt amazing talented martial artists and while the storyline employed the bring their real-life disabilities into play is undoubtedly tasteless, the director makes sure the two are portrayed as heroes, who will not allow these setbacks to bring their lives to a halt. Each action sequence is easily more exciting than the last and even though the foes often fall into the classic trap of sending one guy at a time to attack, the stunt work is extremely entertaining. The final fight with the duo teaming up against their ultimate foe is the obvious highlight with Tang climbing on Ho's back at one point, to dish out additional punishment.


The weak point of the film is the paper-thin plot, taking two freshly deformed men and in what seems like a day or two, sending them off masters. The film is essentially one fight after another for the last 50 of it's 88 minutes, with only brief bits of often, incomprehensible narrative to bridge the gaps. The film as presented is dubbed, adding a heavy campy tone to things, along with the goofy score that is equal parts Saturday morning cartoon and dramatic cues reminiscent of The Spanish Inquisition sketch from "Monty Python." "The Crippled Masters" is not high-art, nor a great martial arts film in the technical sense when compared to a Shaw Brothers film or Bruce Lee classic, but it's still very entertaining, exciting, and doesn't take itself too seriously. 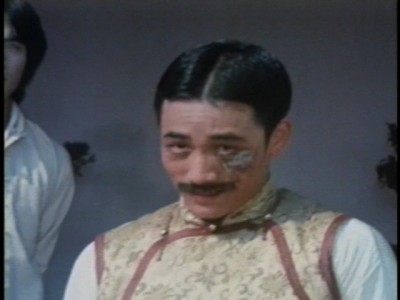 
The 1.33:1 aspect ratio is an obvious pan-and-scan job. IMDB reports the original aspect ratio was 2.35:1 and that would not shock me one bit, as the frame is very cramped. Still, the fight scenes are captured well and lie in the center of the frame. The image quality appears to be from a well-preserved VHS as colors are slightly washed out and detail is below average. There is some occasional jitter to the transfer and compression artifacts are minor, but present.


The case advertises a Dolby Digital English 5.1 track, but in fact, this is false, as the actual track is a somewhat tinny English stereo offering. As stated above, the film is dubbed and to quite comical effect, with voices and fight effects all louder than any other natural element, and high-end distortion is definitely a prevalent issue.


The sole extras are text-based biographies of the two leads and a page of trivia.

One of the strangest martial arts films I've ever witnessed, "The Crippled Masters" manages to shed a tacky, exploitative opening and deliver a thoroughly enjoyable, often campy, story of revenge. Conn and Shum would team up two more times in sequels to the film, both only borrowing the title. It's just a shame they didn't find their way into larger pictures, as their fighting abilities were undeniable crowd pleasers. Recommended.