In 2003, Sofia Coppola wrote and directed the indie smash, "Lost in Translation." An ode to pains of attraction and the loneliness of fame, the picture hit commanding emotional and stylistic chords as it established an enchanting sense of fading melancholy. "Somewhere" is an aesthetic cousin, again traveling through the glittery void with famous people sinking deeper than they realize, finding salvation in companionship and unspoken affections. As to be expected with a director essentially repeating herself, the results are considerably less poignant, with Coppola forgoing the challenge of developing emotional bonds to wallow in a tedious world of Hollywood superficiality.

Action superstar Johnny Marco (Stephen Dorff) has become trapped in the monotony of fame. With a routine of girls and publicity, Johnny has lost his spark, taking to the party life at the Chateau Marmont with a pronounced resignation. Keeping his spirits up is Cleo (Elle Fanning), Johnny's 11-year-old daughter, recently dumped into his care for an indefinite stay by his frustrated ex. While the duties of film promotion and womanizing call, Johnny brings Cleo along for his colorless globetrotting adventures, bonding with his child in ways never experienced before, altering his priorities for the first time in a long time. 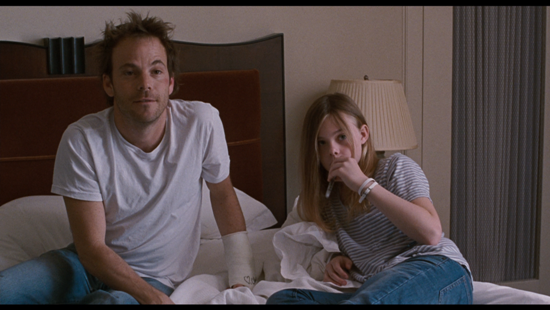 "Somewhere" had such amazing potential. As the daughter of renowned filmmaker Francis Ford Coppola, I'm sure Sofia Coppola has a thousand autobiographical stories of domestic divide in her back pocket, perhaps experiencing the same interpersonal longing found in both Johnny and Cleo. The filmmaker also brings a host of influences to the picture, taking cues from the observational directorial gods of the 1960s to fashion her own esoteric slice of Hollywood life. There were countless directions for "Somewhere" to take, most offering a rewarding, touching depiction of a life exhausted, seizing rejuvenation from an unlikely, but natural source of comfort. Instead, Coppola probes the nuances of nothingness.

"Somewhere" is an episodic examination of frayed ends, following Johnny as he slogs through his daily rituals and obligations in a finely bearded fog, acting blasé to the world of privilege around him. He's a Hollywood icon at an undefined stage in his career, using sex as a sedative while he plays the part of a famous man, feigning paparazzi paranoia and keeping a one-man entourage in pal Sammy (Chris Pontius). It's already a struggle to find sympathy for a man in the throes of affluence, especially one played edgeless and blankly by Dorff, but Coppola doesn't even attempt to dig into Johnny and find the spark of communication that helped to illuminate Bill Murray's Bob Harris in "Translation." Instead, she watches from afar, using stupendous cinematography from Harris Savides to supply the texture of the experience, maintaining an air of disconnect to achieve profundity. "Somewhere" is frigid, uneventful, and registers as bad poetry. There's no reason why it had to falter so extensively. 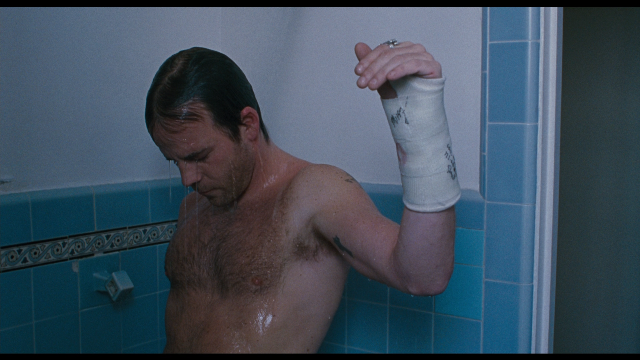 Coppola strains for integrity, only to achieve stasis as Johnny stares out into the unknown, glumly awaiting his next easy conquest or chirpy publicist to offer guidance. It's a day in the life of meaningless characters who never grow into substantial figures of vulnerability. It's all just there in "Somewhere," droning on while Coppola arranges her trite parallels and conventional ending. If there's something intellectual or emotional cooking inside Coppola's mind here, she never shares it. 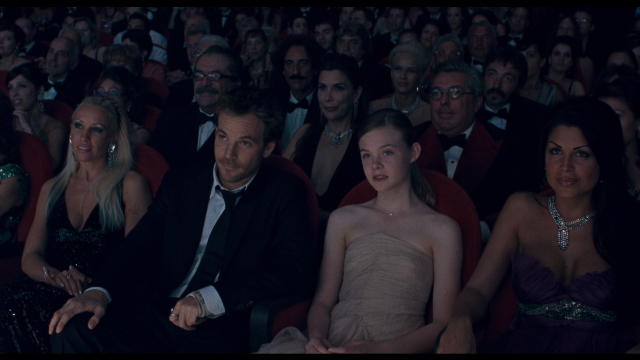 The VC-1 encoded image (1.85:1 aspect ratio) presentation does a fantastic job protecting the delicate cinematography of the film, with a pleasing read of light grain helping to sustain the cinematic texture. Colors are generally fragile, but comfortably separated, permitting a personality to the Los Angeles locations and hotel interiors. It's not an accelerated color palette, but one of slight reduction, superbly captured on the disc. Skintones are warm, assisted by the Blu-ray's welcome clarity, seizing a meaty look at performance subtleties and set decoration accomplishments. Dorff's facial hair alone is well served on the disc, providing a constant HD texture. Shadow detail is rarely challenged, but also appears within reason, preserving information from nighttime drives and darker outfits.

The 5.1 DTS-HD sound mix generally wrangles with silent moments, preserving the minor details of the Johnny's headspace, impressively working a quieter churn popped by the bustle of life. While dialogue exchanges are handled skillfully by the track, sounding weighty and crisp, atmospherics are key here, with the mix digging into the sounds of various locations, snatching the particulars of props -- a press conference scene is an evocative play of camera clicks and voices. Low-end is light, while soundtrack selections retain a warmly echoed feel, creating strong room environments. Again, the disc handles silence superbly, underlining the isolation of the lead character with a strong sense of quiet. French and Spanish tracks are also included. 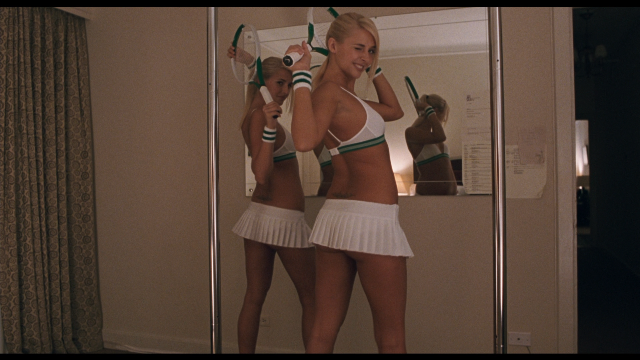 "Making 'Somewhere'" (17:03) is admittedly a fawning piece of promotion, giving a nice, long backrub to Coppola. However, this is a remarkably assembled making-of featurette, shot in a retro style recalling the 1970s, with emphasis on casual conversations with the cast and crew. Motivations and performance inspirations are explored, along with the filmmaker's vision for the piece, providing a true feel of intention and execution. The BTS footage is raw and perfect, and the conversations are rounded and articulate, using the short running time to dig into the heart of the moviemaking effort. It's a beautiful mini-doc that provides a refreshing change of pace from the BD supplement norm. 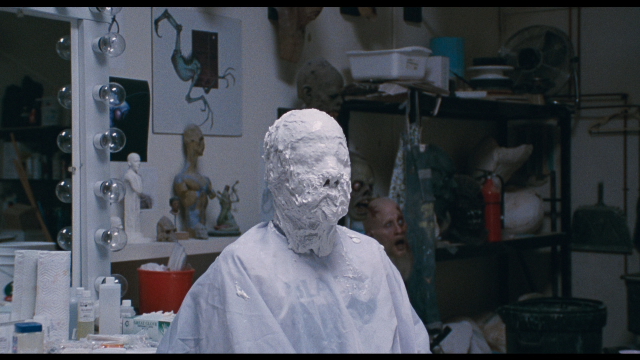 There once was a time when I couldn't wait for the next Sofia Coppola film. Now, I'm fairly certain I never want to see another one. 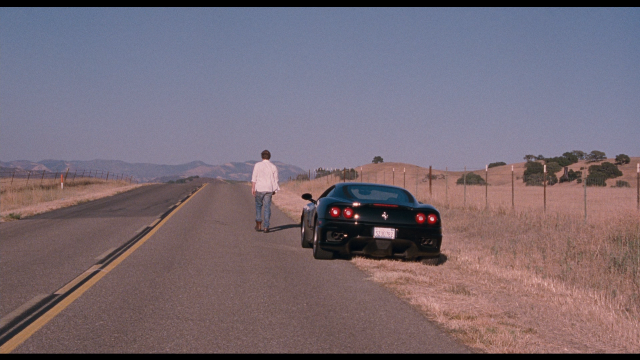