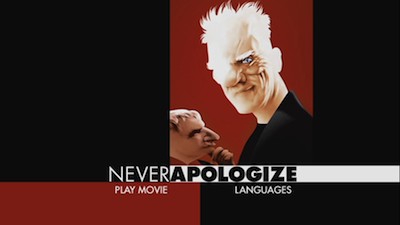 Never Apologize is a one-man stage show performed by actor Malcolm McDowell in tribute to Lindsay Anderson, the revered British film director. Anderson gave McDowell his first big break in cinema, casting him in the cult classic If..... They would go on to further collaborate on the films O Lucky Man! and Britannia Hospital, as well as multiple stage plays. Anderson died in 1994, ten years after his last major motion picture, The Whales of August, which was produced by and featured McDowell's then wife, Mary Steenburgen. Theirs were paths that never stopped crossing.

The monologue was put together by McDowell from his personal memories and also using the diaries of Anderson and of writer David Sherwin, who scripted the three movies the pair made together. Never Apologize is clearly coming from the heart, and the anecdotes that McDowell shares are genuinely funny, shedding light on their creative relationship and the wild times that informed their groundbreaking motion pictures. Other cinema figures show up, including John Gielgud, Laurence Olivier, and Bette Davis, and McDowell does amusing impressions of them all. He even reads Anderson's diary entry about meeting John Ford and dons Ford's trademark gruff manner.

Most of Never Apologize is just McDowell onstage, with brief clips from the movies discussed and also still images to illustrate the various tales. McDowell is engaging, but at times seems reserved. He goes to a podium to read from the other men's writing, and when he steps away, he regularly hangs on to his reading glasses. I guess this maybe gives him something to do with his hands, but for as small as the glasses are, they seem to actually put a block between him and the audience. This performance of Never Apologize was shot by director Mike Kaplan for television broadcast, and frankly, the production looks it. The multi-camera set-up has no real flair, and the video quality is not on par with what one would expect from a filmed concert in 2007. Did this really play at Cannes?

Which isn't to suggest I didn't enjoy Never Apologize, because I did. I like stories from film sets, and McDowell is a good one to tell them. It just seems like a strange program to push out on its own. The subject matter is so specific and the presentation so underplayed, it really seems like a documentary that would have best been left for a DVD extra. Finding some place to put it would have given Warner Bros. a good excuse to get an O Lucky Man! Blu-Ray in the pipeline, for instance. Then Never Apologize could have been anchored by one of its main subjects and served a much better function and value. 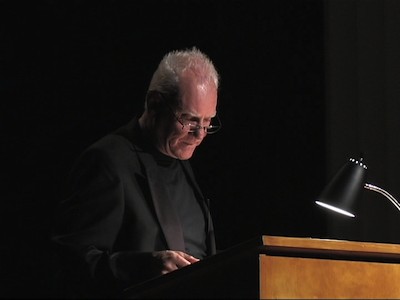 Video:
Never Apologize appears to have been shot on video, and the full screen presentation on this DVD shows all of the source material's flaws. Colors are hazy and lines are faded, and there is a lot of combing and stairstepping throughout. Even the clips from Anderson's films look pretty bad, suggesting that this whole thing was just dumped to DVD without much thought for how it would look. It's not bad enough to keep you from enjoying Never Apologize for what it is, but it is another argument for this not being worthy of a stand-alone release.

Sound:
The audio is mixed in Dolby Surround, though it's a one-man show recorded live, so there is not much mixing to be done. The soundtrack is clear and no effects were necessary, so it works just fine. (Though, it's pretty obvious when McDowell looped the audio in certain scenes, the sound quality and lip sync has a noticeable separation from the rest.)

Optional English subtitles for the deaf and hearing impaired are available, as are subtitles in French and Spanish. (These aren't listed on the packaging, but they are on the DVD menu.)

FINAL THOUGHTS:
Rent It. Do you like Malcolm McDowell? Do you like the movies he made with Lindsay Anderson? Then the one-man tribute to Anderson Never Apologize might be something you'd get a decent evening's entertainment out of. With a focus that narrow, however, I don't think it has much broader appeal than that. It's not an inclusionary program; if you haven't seen If.... or O Lucky Man!, Never Apologize isn't likely to get you pumped up to do so. Plus, the DVD presentation is pretty iffy itself. 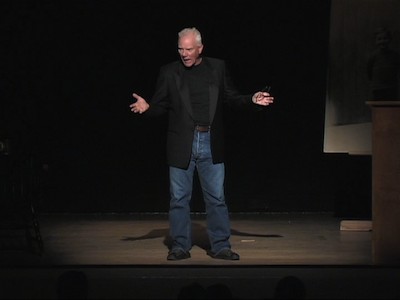