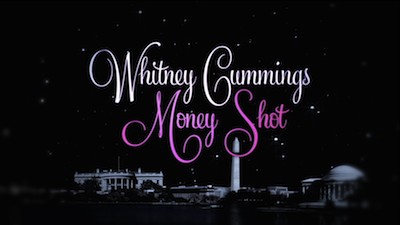 I first started paying attention to Whitney Cummings after seeing her on the Comedy Central Roast for Joan Rivers. Her short set of insults was incendiary and hilarious, the kind of mean humor a jerk like me can get behind. I still like her on the Roasts, but I am having a much harder time with her whenever she appears anywhere else. Whitney Cummings: Money Shot is a new stand-up special that gives us 48 minutes of the comedian out on her own, doing her thing, presumably exactly as she wants. Absent are the harsh zingers and well-observed takedowns of human behavior; in their place, lots of jokes about relationships.

There is an old gag on The Simpsons when Homer tunes in to a parody version of Def Comedy Jam, and the Simpsons writers decided to send-up that show's humor style by showing a comedian doing a variety of "Black guys do [blank] like this...but white guys do [blank] like this" gags. Whitney Cummings: Money Shot could be characterized in much the same way, just replace race with gender, dust off your hands, work done. Except, unlike Homer Simpson, I wasn't laughing at my own lameness...because most of the time I wasn't laughing. 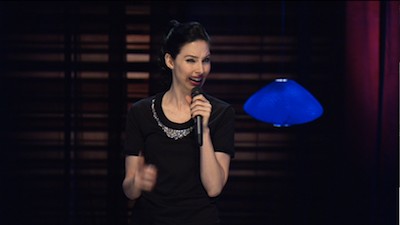 Which isn't to say I didn't laugh at all. There are some good bits in Money Shot--though I think most of the best material was recycled from Cummings' much shorter slot in Douchebags and Donuts. It may just be she's better in small doses. Her delivery tends to be a little one note--loud and forceful, punctuated by an exaggerated face and a self-satisfied giggle. The DVD proudly touts the comic's regular appearances on Chelsea Lately, but I don't know how those go, I can't stand that program either. Maybe, however, that venue reveals the real Cummings and the Roasts are another thing entirely. Meaning, if you like Chelsea Lately, then you'll possibly like Whitney Cummings: Money Shot, as well.

Comedy is the most subjective art form there is. If there was a way to zero in on something that would make every single person who hears it laugh without fail, it would be the proverbial lightning in a bottle. Money Shot hardly made me laugh at all, but I'm guessing, using the parlance of relationships, it's not Whitney, it's me. I chose wrong when I grabbed this DVD out of the pile. I won't be calling back for a second date. Because I'm a dude. And I'm so lame. 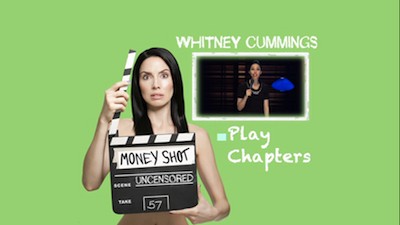 Video:
Whitney Cummings: Money Shot comes to DVD as a fair but somewhat subpar 1.78:1 widescreen transfer. The concert was shot with multiple cameras so there are a variety of angles, though very little by way of turnaround to include the audience. (Excepting one of the best sequences in the show: Cummings going off the cuff to harass some guys sitting down front.) The image quality overall is soft, with persistent haze and ghosting. To be fair, it's not like anyone was expecting Money Shot to win any cinematography awards, but you'd think a new program like this could at least have sharp resolution on DVD.

Sound:
The audio is mixed in Dolby Stereo, and it works. The focus is obviously going to be on the star, and her jokes come through clearly and loudly. Audience noise is kept to a minimum and not really given much enhancement.

It's worth noting that this is the unedited version of the concert, with all the dirty words intact. I assume there is an edited version airing on Comedy Central.

Extras:
Zilch. Apparently bonus features are something only men like. (Oh...snap?)

FINAL THOUGHTS:
Skip It. There is no simpler way to say this: Whitney Cummings: Money Shot didn't make me laugh. The foul-mouthed lady comic sticks to a pretty strict male/female relationship thematic line, and most of it didn't strike me as all that clever or insightful. Your mileage may vary, but keep in mind, this special is not even 50 minutes long and there are no extras on the disc, so it's not really much of a DVD even if you do like the content. 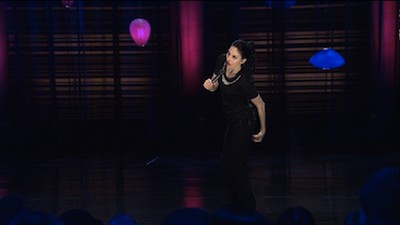