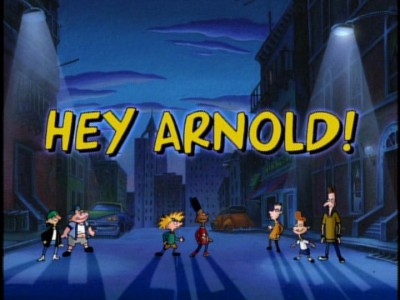 Hey Arnold! is a unique and entertaining family-friendly television program that aired on the popular Nickelodeon network beginning in 1996. The series was in some ways unlike any of the other programs on the network: the differences begin with the title character having a football shaped head and extend to the multi-cultural and racial acceptance the series displayed along with the important backdrop of Arnold living with his grandparents.

Arnold is raised by his grandparents Phil and Gertrude. An early episode in this first season displays an infant Arnold looking up at loving parents after birth. The scene plays out as a flashback of sorts, and the sentiment is moving. Yet there is no discussion given between the grandparents and Arnold over his parents. No information is given as to what exactly happened to his parents. Arnold is an orphan in the sense that he does not have his parents but there is much love shown and given to him by his grandparents. They make up a family unit that works and it's wonderful to see this display of a child's upbringing on a children's television series. There are many kids these days that end up being raised by grandparents instead of their natural parents for one reason or another. This element of the series brings a positive message that needs to be shared with youth. It could encourage understanding among young peers of the different ways in which fellow classmates or friends are being raised, and for children who are raised outside of the typical social norm it brings greater understanding of their own situation. Family is Family. That is one of the core elements to Hey Arnold! It is a message that helps the series to be much more valuable to youth than mere entertainment.

The series has the benefit of being simplistic without ever being a simple show. This is the kind of development that takes a huge amount of talent on the part of the entire creative team. The plotlines are always secondary on this series. There are no continuing storylines to really bring viewers back for more in that sense. The only reoccurring elements that drive the story belong to a school crush that Arnold has for a girl he hardly knows and the much more, um, passionate crush (some might say obsession) that fist-wielding Helga has for him (she seems to want to beat him up constantly and bullies him around others but then she will turn around and professes her love for him... to herself). Most of the show is character based and while the storylines are always quite involving and worthwhile they also allow viewers to jump in whenever they want without much impact on the production continuity. 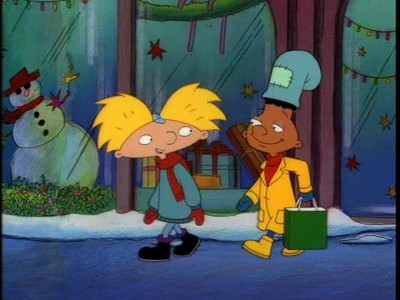 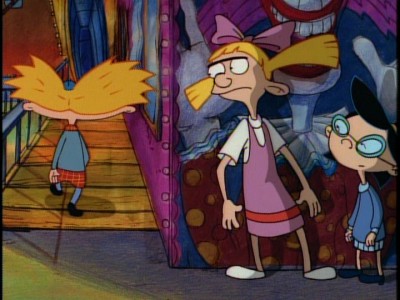 There are some essential episodes in the first season. The two biggest spotlights are actually the two 30 minute long episodes (Arnold's Christmas and Arnold's Valentine). Series fans will be pleased with how each episode further develops the characters and enhances the richness of the storytelling. The longer episode format gives more time to developing the plot and focusing intently on the characters.  The standard two-stories per episode format works considerably well and does bring interesting plots but sometimes it is nice to see an episode that feels as though it was developed to be a short feature film.

The show brings young audiences a sense of racial acceptance that isn't always as common in children's shows as one might hope for or expect to see. Arnold's best friend Gerald is as close to him as a brother would be and he is African American. There is never anything said on the show to make it seem out of the ordinary at all, which is wonderful, as it isn't out of the ordinary. Tons of kids these days become close friends with people of all races. Yet there is always a need to keep youth educated of how friendships and relationships are based upon character and not on appearances: no cultural boundaries need apply at all.

Craig Bartlett did a wonderful thing in creating this show. It's contains many lessons for kids to learn and it has solid craftsmanship that makes it entertaining for viewers of all ages (including adults). The characters are distinctive, memorable, and downright wonderful. Viewers grow to like Arnold, Gerald, Helga, and the rest of the characters because they speak to viewers of all ages through the expertise of the genuine writing. Hey Arnold! is thematically rich, entertaining, and emotionally rewarding television that is worth owning and sharing with others. 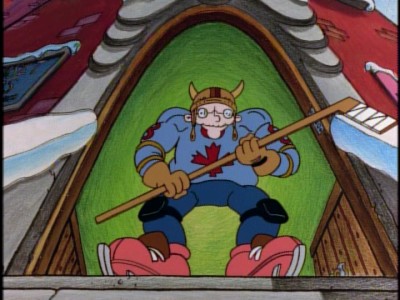 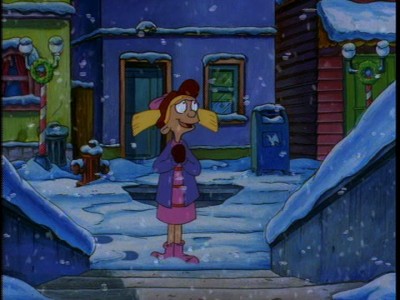 Hey Arnold! Season One presents the entire 20 episode run across four discs in the original broadcast aspect ratio of 1.33:1 (full frame). The picture quality is considerably weaker than fans were probably hoping for but Shout Factory's release should be able to match the Burn on Demand release quality. The series is riddled with compression issues and the contrast is somewhat inconsistent too. The colors are acceptable but less vivid than some fans may be expecting to see. It's a disappointing release in the picture quality department but it is also unlikely that a better release will ever come out on DVD. The animation manages to still be impressive regardless. 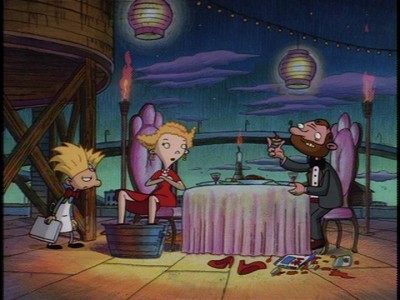 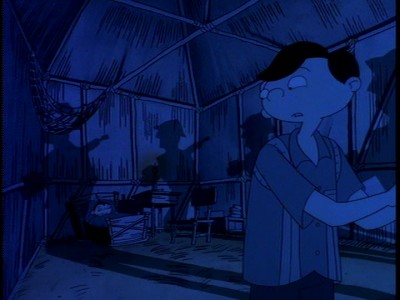 The audio quality for Hey Arnold! Season One manages to match the picture quality in that it seems disappointing and inconsistent. The Dolby 2.0 tracks are certainly listenable with a good enough ability to reproduce the dialogue but the audio tracks aren't dynamic overall. The series will never sound that amazing, but it was unfortunate that it ultimately sounded so average.

There are no extra bonus materials on this Season One DVD release. 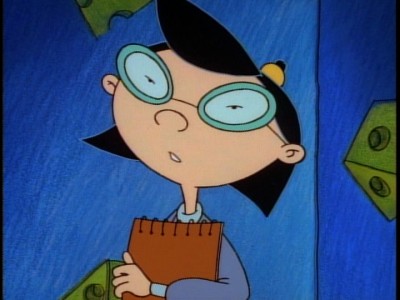 Hey Arnold! is a meaningful show with plenty to offer audiences. The series has charming characters, unique animation, and great lessons for youth. It is one of the best animated programs of the 1990's. Fans will want to purchase this DVD set despite the poor PQ/AQ because of the high quality of these twenty season one episodes. Highly Recommended.