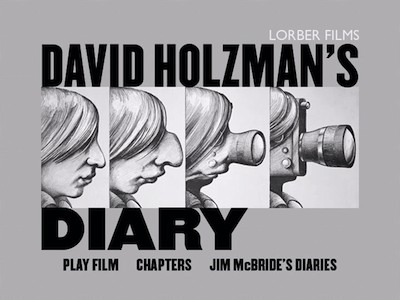 I thought the name Jim McBride sounded familiar, and then it hit me with a big "Duh! Of course!" when I finally got a chance to look at his IMDB page. He's the guy who directed the 1980s remake of Breathless, replacing Jean-Paul Belmondo with Richard Gere and sucking all the spontaneity and inventiveness right out of Jean-Luc Godard's original concept. All the more ironic, then, that his first feature, the independently produced David Holzman's Diary, so heavily references and owes a debt to Godard and his compadres in the French New Wave. There is quite a gulf between original impulse and eventual execution, something McBride's cinematic protagonist learns all too well.

David Holzman's Diary was released in 1967. It starred L.M. Kit Carson (a writer on Paris, Texas and Texas Chainsaw Massacre 2) as David, a young man of his era, concerned with the draft and his recent unemployment, just like any other fellow his age would be. Looking to fill his time, and also to maybe wrest a little meaning and control out of his upended existence, David starts to record diary entries with a 16mm camera and a tape recorder. These aimless monologues quickly turn from his own boring existence and begin to look outward: he spies on the woman across the street, another woman tells him about her sex life, his friend (Lorenzo Mans) dismisses his endeavors and his quest for truth. David's girlfriend (Eileen Dietz) sees the now ever-present camera as an intrusion, and she's probably right. David, who can quote Godard and Truffaut liberally, lets it take over his life.

It's pretty amazing to consider how far ahead of the curve McBride was when he wrote and directed David Holzman's Diary. There was no such thing as vlogging or even regular blogging back then, no reality television, no notion that the masses would ever have such accessible outlets to record the minutia of their everyday lives. There also wasn't the same prevalence of fake documentaries, McBride was really blazing a new trail. He smartly doesn't limit David's recordings to his rambling thought processes, instead cutting up the narrative with footage of David's street, a montage of everything David sees on television over the course of one night, playing around with a new lens--the kind of things a guy might get up to when he is bored and has a camera and nothing better to do.

L.M. Kit Carson is utterly convincing as David. His performance feels extremely real, it never comes across as a put-on. His aimlessness does not seem calculated or choreographed; rather, it's the unfocused wanderings of a guy with no plan and no clear ambition. Perhaps it's his own lack of focus that causes the project to fail for him, not some inherent flaw in cinema. He expected that Godard's oft-quoted maxim that film is truth 24 times a second to hold true, and that by recording his life for posterity he would figure out some secret about himself or the meaning of existence. This, of course, does not come, and his expressions of anger towards the unseen, intangible figure of capital-C Cinema is maybe a discovery that an education in film is no education at all. Sitting in front of a camera is no substitute for living, just as sitting and watching what others do on camera isn't, either.

Maybe this betrayal was one Jim McBride felt for real, as well. Ben Stiller would actually parody the notion of video diaries on his early '90s sketch comedy show, and in his skits, his camera would always capture too much and he'd end up humiliated. It seems to be a common aggravation for those who bank too heavily on these clunky old machines. And maybe this ran through Jim McBride's head fifteen years later when he started rolling on his Breathless remake. He was going to get back at Godard for making him a chump. He was proving there was no one truth, the entirety of motion picturedom is malleable.

Then again, maybe not. David Holzman's Diary is its own validation. It did kick off an ongoing career in cinema, so I'd believe that despite whatever lack of success I perceive in his version of Breathless, McBride's intentions were likely honorable. He start out by making David Holzman's Diary, which remains a very good, very successful film regardless of what came after. All that film history clearly came to some profit for the filmmaker, even if didn't for his alter ego. 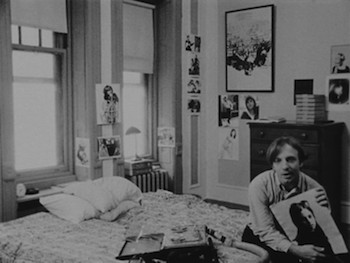 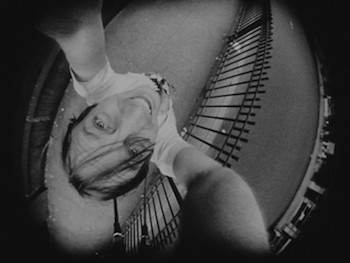 Video:
Kino has loaded David Holzman's Diary onto one disc at its original aspect ratio of 1.33:1. The full frame image looks great. The black-and-white photography is clear and nicely cleaned up. Scratches or anomalies in the print appear intentional, preserving the lo-fi illusion. This is supposed to be a guy recording himself in his apartment, after all, to scrub out every piece of dirt or buff up every scratch would be a disservice.

Sound:
The soundtrack is given a 2-channel mix mimicking the original mono audio recording. The dialogue is easy to hear and the ambient noise of the real world comes through. Again, the recording doesn't sound perfect, but it wasn't meant to, there's a nice hollowness that perfectly captures what David's "actual" tape recordings would have sounded like.

Extras:
David Holzman's Diary is released as a single disc in a regular DVD case with an outer slipcover. 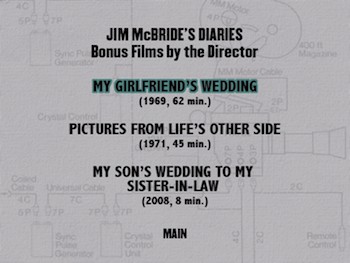 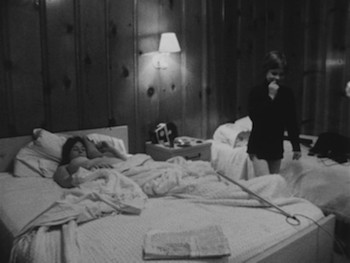 The bonus material consists of three shorter films made by Jim McBride. The heading for the section is "Jim McBride's Diaries," and this is revealed as fitting once you start watching the material. The first movie, the hour-long My Girlfriend's Wedding (1969) takes the notion of a video diary and applies it to the director's British lover, Clarissa, who has come to New York seeking an abortion. After a short time staying with McBride, she meets a "revolutionary" who agrees to marry her so she can stay in America and eventually bring her young son over, too. It's never quite clear why McBride doesn't marry her himself, since they remain together, it just seems to be a selfish indulgence on her part: she'd rather the legal union be business, and her love affair be for fun. The way Clarissa talks about revolutions and the like, were this fiction, she'd be bordering on a parody of the 1960s activist "free spirit." McBride chronicles her life in a way that only a man in love can do. He encourages her to monologue, including a long sequence where she goes through the contents of her purse. Eventually, he accompanies her to her wedding ceremony at City Hall, and for a brief moment, begins to question his own place in this narrative. How does this confessional space apply to him? Is it exploitative? Can it even legally be shown without immigration getting involved?

The second film, Pictures from Life's Other Side (1971; 45 minutes), picks up two years later. Clarissa and McBride are still an item, and her son is now with them. The documentary tracks them on a cross-country journey. It's them and two dogs, and Clarissa is five months pregnant. The confessional element is jettisoned, and really, this is more of a self-centered, glorified home movie than a narrative documentary. It's loosely put together and lacking in a coherent point; this does, however, accurately reflect the McBride family lifestyle out on the free-love highway. Their permissive way of doing things will test the boundaries of tolerance for even the most liberal-minded viewer. The last and shortest movie, My Son's Wedding to my Sister-in-law (2008; 9 minutes), jumps ahead several decades and is basically a detailed family tree. Your interest in it will depend on how invested you've become in this clan's story in the previous documentaries. I was pretty much done by this point and found it tedious, even at such a short running time.

FINAL THOUGHTS:
Recommended. David Holzman's Diary is a surprisingly prescient piece of indie cinema from 1967. This verité prediction of the mockumentary genre and modern culture's preoccupation with self-indulgent self-chronicling was right on the money, and Jim McBride's invented story of a '60s twentysomething and his obsession with cinema playfully raises some intriguing questions. Though the bonus films that come with it exemplify the law of diminishing returns, David Holzman's Diary is an essential piece of cinematic evolution, setting the tone for many years of indie film to come. Sundance began here just as much as with Cassavetes. 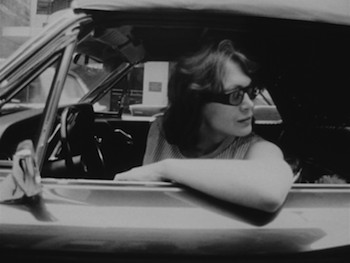 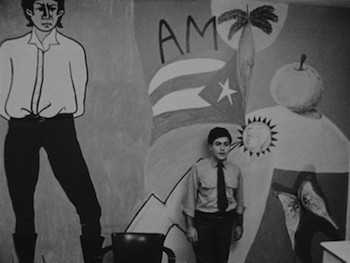