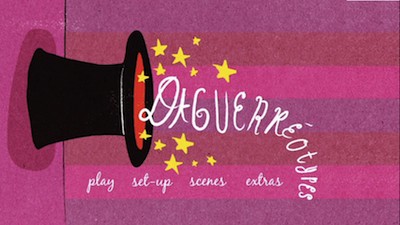 Agnes Varda's 1975 documentary Daguerreotypes is a charming, unpretentious portrait of a neighborhood. Her neighborhood, to be exact, the place where she's lived and worked since the 1960s--and continues to do so, as seen in the more recent Beaches of Agnes. The particular area is the Rue Daguerre in Paris, a quaint, isolated, and self-sufficient street where time has seemingly stood still. Older couples run their honest-to-goodness mom-and-pop businesses, which range from curio stores to beauty salons, butcher shops to driving schools, and keep the area functioning and traffic flowing in and out. The title of the film is a play on words, referencing both the name of the street and the old-fashioned way of photographing subjects. Daguerreotypes is a flash in time, a freeze-frame on the world outside Varda's doorway, preserved forever.

Daguerreotypes has a loose form. Structure emerges slowly. Varda shoots mainly from inside the stores, observing the daily routine--setting up, serving customers, and tearing down. She uses the Blue Thistle as her center point. Its owners appear to be the oldest on the street, and their main product is handcrafted perfume (and Varda's daughter is one of their regular customers). The husband is a pleasant old man with an ever-present smile; the wife is a bizarre specter, always hovering. They couldn't be more opposite. From there, Varda begins to explore the street, pausing for a montages of the couples sharing stories. We learn how the longstanding lovers on the Rue Daguerre met, and also whether or not they dream and of what.

Cut into these everyday scenes is a very uncommon event: a magic show set up in the corner café. Everyone from the Rue Daguerre goes to see the magician do his tricks. He speaks of magic as an example of science fiction, an adjustment to the times, though his speech suggests he is already behind them, referencing movies that are many years old at the time of the performance. This still fits Varda's poetic expression, however. Time is immaterial, Daguerreotypes seems to say; in this spot, past, present, and future are one. Day-to-day living supersedes any grand scheme the cosmos may demand of Varda's neighbors.

Yet, there is also a wistful pondering, mainly evident in Varda's own narration. Is the Rue Daguerre its own trap, like fly paper that has captured all of these people and is preventing them from moving on? I guess it's a matter of point of view. That some of these folks have stopped dreaming could be considered sad, but from another angle, it means they already have everything they will ever need. 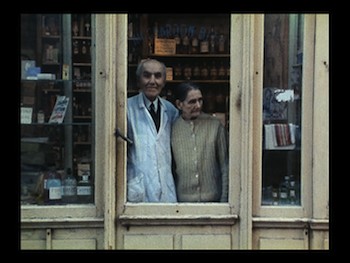 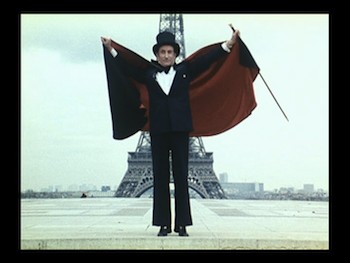 Video:
Cinema Guild has released Daguerreotypes as a full-frame image that shows its age, but in ways that are fitting to the subject. Daguerreotypes looks like a film that was shot in the 1970s on Super 16 (which it was), with soft colors and natural lighting. It was never intended to be razor sharp or seen in high-definition, and the period-accurate transfer is extremely pleasing, adding to the feeling that we are peering back in time at an age that has long since passed.

Sound:
The original French soundtrack is mixed in stereo, and it sounds very good. Dialogue is clear, and the natural ambient sound of the street is preserved. The optional subtitles are written well and match the pacing and rhythm of the subjects.

The most substantial bonus feature is also a delightful one: "Rue Daguerre in 2005" is a 22-minute documentary taking us back to the locations from Daguerreotypes, looking at how they have changed and who might still be there. Camera operator Nurith Aviv also returns to reminisce about shooting the movie alongside the director, and Varda shares some of the reactions to the documentary.

There are several short pieces on the DVD that also catch us up on changes on the street. "Bread, Painting & Accordian" (8 mins.) introduces us to the man who took over the bakery prominently featured in the film and shows how he kept the old wood stove tradition while redecorating the space. We also get a scene from Varda's 1988 effort Jane B. for Agnes V. that was shot in the same bakery. "Fete de la Musique Rue Daguerre 2005" is just over three minutes of live musical performances filmed during a festival in the neighborhood.

"Daguerreotypes: Photographic Objects" (6 mins.) explains a little about daguerreotype photography via an exhibit of old pictures.

Finally, there are trailers for other films, and to advertise the DVD of Cinevardaphoto, a Varda short from that disc paying tribute to the Cinemateque.

FINAL THOUGHTS:
Recommended. Daguerreotypes is a charming portrait of the street Agnes Varda has now lived and worked on for nearly half a century. Filmed in the mid-'70s, the documentary freezes a moment in time, creating a record of the people that live and work on the Rue Daguerre. It's an effective image of an era that was out-of-time when it existed and has since passed, a moment in one small corner of the world that would have otherwise gone unpreserved. 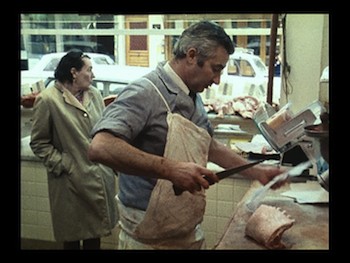 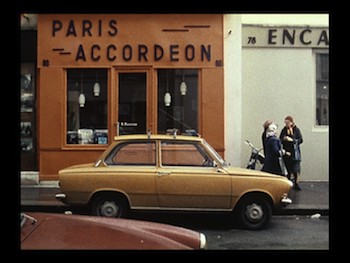