Universal // Unrated // September 6, 2011
List Price: $49.98 [Buy now and save at Amazon]
Review by Stuart Galbraith IV | posted September 29, 2011 | E-mail the Author
The Office (2005-present) is back for another season of often hilarious and occasionally very perceptive shows, Season Seven being, sadly, the last for series star and anchor Steve Carell.

It's anyone's guess how The Office will fare without him - actor James Spader has already taken his place - but over time the series has dramatically mutated in innumerable ways, including from shifting its focus on (primarily) four characters to a much wider ensemble cast of eccentrics. Indeed, not only is The Office's seventh season all but unrecognizable from the great British comedy that preceded it, a show frequently painfully uncomfortable by design, this Office doesn't even much resemble its own earliest seasons. Just as The Simpsons started out satirizing lower middle-class American families with relatively believable characters and situations, it's since morphed into a wild free-for-all collage of outrageous humor. And like The Simpsons, The Office remains a very funny show, even if it's light years removed from what it used to be.

A five-disc set containing all 24 episodes, most running about 22 minutes but including two hour-long shows plus several "producer-extended" episodes, The Office - Season Seven is bolstered by more than 100 minutes worth of deleted scenes, audio commentaries, webisodes, and other supplements, all worthwhile. 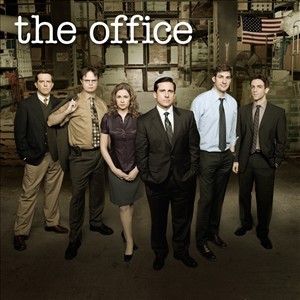 Michael, meanwhile, believing he has herpes, drives around Scranton contacting all his former girlfriends and one-night stands. This causes him to reexamine his past relationships, especially with Holly (Amy Ryan) - the one that got away.

Their quirks will no doubt fill some of the void Michael's departure will bring, with Andy especially sharing much of Michael's social clumsiness. Most season seven shows revolve around or significantly feature these supporting characters. Meredith, for instance, figures prominently and hysterically in "The Sting," while Toby and arch-nemesis Michael go head-to-head in "Counseling."

Much as Jim and Pam keep the series grounded, it gratefully hasn't lost its social edginess, either. For all its broad humor The Office remains a surprisingly accurate portrait of a struggling white-collar corporate America, reflecting with unexpected honesty an American economy in the doldrums, and of a medium-size paper company teetering constantly and precariously on the brink of bankruptcy.

Filmed in high-definition video, Universal's The Office - Season Seven (or, to be precise, the office - season seven) looks good on DVD, though its Blu-ray counterpart is recommended if the viewer is so equipped. The 1.78:1 aspect ratio serves the show well, especially given how much an ensemble show this has become. Audio is Dolby Digital 5.1 (English only), with optional English SDH and Spanish subtitles are included on this region 1 DVD set.

The 24 episodes are spread across five extras-filled discs. The menu screens are notably easy to manipulate, with FBI warnings and disclaimers easily bypassed.

Consistent with past seasons, Universal's excellent Season Seven set is packed with worthwhile supplements, the best being deleted scenes, several minutes at least for each and every episode. Proof of The Office's quality writing is that most of the deleted footage is as good as what made it to the final cut. I'm certain most people watch these discs as I do: once an episode is over I immediately dig into that episode's deleted scenes, which usually extend these 21/22-minute shows to 25-30 minutes.

The complete Threat Level Midnight, running 26 minutes, is also included and it's featured prominently in the packaging and menu screens. Webisodes (eight minutes) and a blooper reel (15 minutes) round out the satisfying assortment. The DVD set even comes with a half-sheet style poster, the cast posing like Georges Seurat's "A Sunday Afternoon on the Island of La Grande Jatte."

Though it has changed enormously through the years, The Office is still the same funny show with writing and performances as outstanding as ever. Highly Recommended.