File of the Golden Goose, The

So bad it's fun at the beginning, and then it gets worse...which makes it more fun. M-G-M's Limited Edition Collection of M.O.D. (manufactured on demand) discs for on-line sale has dug up The File of the Golden Goose, the 1969 international crime meller from United Artists starring Yul Brynner ("Ohhhhh-bay?"), Charles Gray and Edward Woodward. One of Brynner's last hurrahs as the lead in a halfway decent studio effort, The File of the Golden Goose didn't satisfy anyone when it first came out, but it's worth at least a rental if you're in need of some bald-pated Brynner shtick...and who doesn't like that? A solid vintage trailer is included as a bonus. 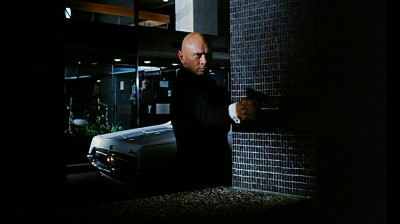 Someone is passing around phony $100 greenbacks all over the world, and it's up to Secret Service Agent Pete Novak (Yul Brynner) to find out who's the distributor. So, he promptly breaks up with his girl, and blows away the drive-by killers who must have been tipped off to Pete's new assignment...before he notices that his girl was zapped in the crossfire. Now it's personal for Pete, so he's off to jolly Olde England to hook up with Superintendent Sloane (John Barrie), who's in charge of counterfeiting for Scotland Yard. Barrie pairs Pete up with Arthur Thompson (Edward Woodward), an enthusiastic―and married―copper who ignores the belittling jabs from Peter about married men in police work. Infiltrating the organization as the sole surviving members of the "Golden Goose" gang, Pete and Arthur must constantly back up their phony criminal backstories before "The Owl," Harrison (Charles Gray), discovers they're lying and has them eliminated. 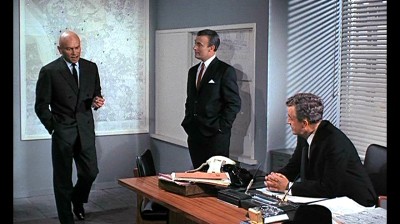 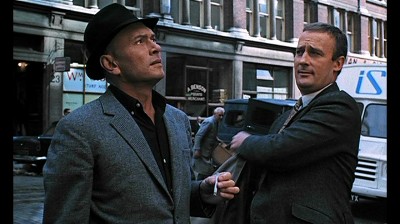 One can be forgiven in thinking in the first few minutes of The File of the Golden Goose that they're watching some awful late 60s international TV production, rather than a big-screen motion picture headlined by a (once) top star. From the rather silly opening credits with the completely inappropriate, lilting theme music set over a boy and his dog running in the beach surf (you can just hear director Sam Wanamaker yelling, "Quit looking at the camera, you little bastard!"), to the bare-bones montage of counterfeiting illegalities all over Europe, The File of the Golden Goose has "cheapjack production" written all over it. And once Patrick Allen starts his hilariously corny narration, introducing Brynner like he's a character in a 1930s radio play, that dodgy image is completed, with the icing on the cake coming from the first "action" scene that has Brynner pantomiming the recoil of his pistol by unconvincingly moving his arm back and forth. My notes at this point read, "We're in BIG trouble here." 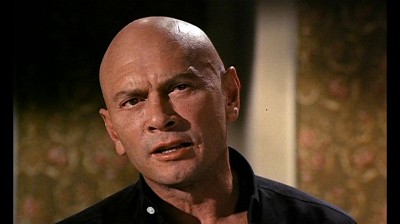 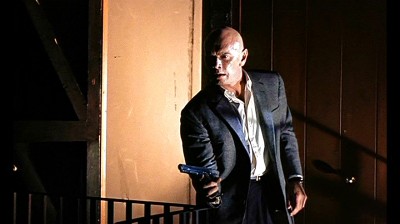 The File of the Golden Goose does gradually become more fun to watch, but it takes a little while to get there...and one needs the right attitude to achieve such acceptance. Working from a script by two seemingly incompatible writers, John C. Higgins (T-Men, He Walked By Night, Big House, U.S.A., Robinson Crusoe on Mars) and Robert E. Kent, going by "James B. Gordon" here (Rock Around the Clock, Don't Knock the Twist, Hot Rods to Hell, The Christine Jorgensen Story), director Sam Wanamaker is hopeless at creating anything resembling a well-shot, well-paced movie. Set-ups are strictly TV-square and dull (even the location work is picture postcard-predictable), and scenes are tempoed at a distressingly lugubrious speed against gimcrack sets that wouldn't have passed muster for a Thunderbirds episode. I can't remember a single picture that Wanamaker (a much better actor than director) helmed that was anything but marginal, and The File of the Golden Goose didn't disprove that subjective memory. 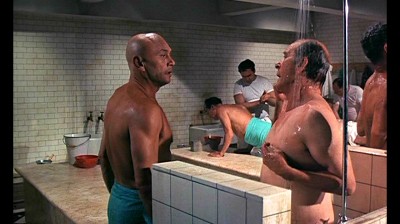 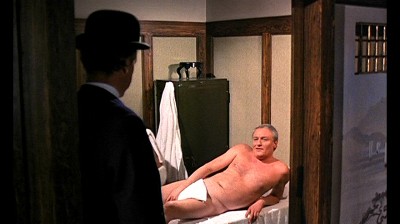 As for Yul, particularly at the beginning of the film, dressed exactly like Bing Crosby on one of his TV specials in tweed jacket and short-brimmed Fedora (when the shots match, that is), the fading star overplays the tough guy as if he's floundering at a Guys and Dolls audition. By this point in 1969, Brynner's status as an A-list actor had long since been tarnished by marginal projects like Once More, With Feeling!, Surprise Package, Flight from Ashiya, the notorious bomb The Poppy Is Also a Flower, Triple Cross, The Double Man, and The Long Duel, so it's not hard to read the slightly strained look in his eyes as one of, "How did I wind up in crap like this after The Ten Commandments and The Magnificent Seven?" (it's shocking to see his face in close-up and realize he's only 45 here: he looks ten years older at least). Taking this all into account, everything in The File of the Golden Goose points to a complete disaster. 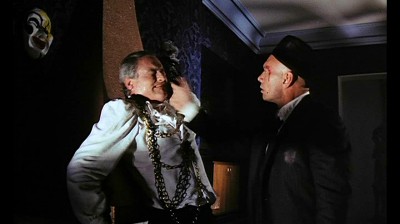 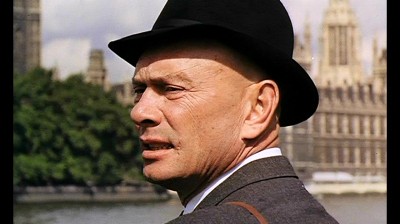 However...once you accept that The File of the Golden Goose is all faintly ridiculous and inept, you start to have fun with it, particularly when you listen to the tight-lipped, punchy one-liners that seem to get more diverting as the film wears on. Little bits and pieces start to amuse you, like the game of chicken they play with Yul, strapped to the hood of a car in a parking garage. Or the sequence where Yul searches for "queer queer" Charles Gray in all the London bathhouses as a dirty sax solo plays on the soundtrack (that might be worth admission alone). We get to see the absolutely hilarious Gray's bare backside, before he treats us to some debonair frugging at his own orgy (thank you, movie gods), an orgy broken up by Yul who starts kicking all the hippies' asses when he storms in and breaks it up. At this point in the film, you start wondering why the movie hadn't been this great all along, a wish driven home when Yul starts bitch-slapping the terrified Gray for the fun of it. Gray, always a wry, snappish, campy delight in anything he appeared in, has the movie's best line when, attired in a brocaded red velvet smoking jacket, snaps off a Western on his TV set and spits out, "I'm sick of looking at stupid, ugly people." Amen, Charles. Edward Woodward, given a nothing role, is still fun to watch in his cheerful turn here―a million miles away from his then-current Callan character. And Yul, despite (or perhaps because) of the overacting, becomes quite funny as he increasing pushes the buttons of the counterfeiting gang as he rises up through the ranks, bullying subordinates as he tries to nail the big fish. His constant posturing (what's a Brynner film without posturing?) reaches an apex when at one point he's wheeled out on a loading dock dolly like a Botticelli sea nymph (I hit the floor on that one), and before you know, he's grabbing a Sten and machine-gunning a helicopter down before the fade-out. None of this is "good" filmmaking, but it's amusing in its obvious miscalculations, and pleasurable because it does all of this with an absolutely unselfconscious straight face. And that, small comfort as it is, is enough for The File of the Golden Goose to entertain you. 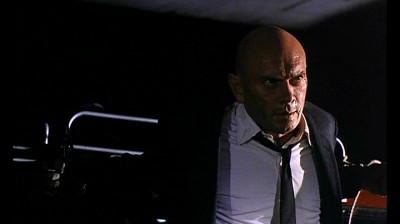 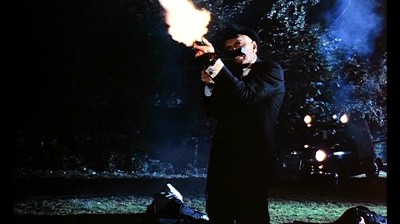 The Video:
The anamorphically-enhanced, 1.66:1 widescreen transfer for The File of the Golden Goose looks a little grainy and dark here and there, but the color is mostly good and the image relatively sharp. However, dirt and screen anomalies are present, particularly at reel changes.

The Audio:
The Dolby Digital English mono audio track is okay, with a relatively healthy re-recording level and minimal hiss. No subtitles or close-captions, though.

The Extras:
A pretty cool vintage trailer for The File of the Golden Goose is included―it makes the movie look like a lot more fun than it is...which is what a trailer is supposed to do.