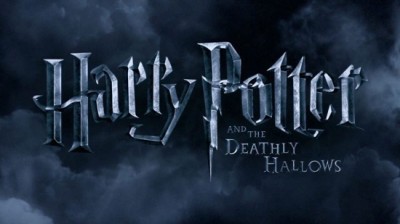 Harry Potter and the Deathly Hallows: Part 2 is the second chapter of a two-part film that concludes the long-running Harry Potter film series which adapts the novels of the incredibly gifted and literary genius J.K. Rowling.  This final segment of the ongoing story once again features a screenplay by Steve Kloves (who adapted each book with the only exception being Harry Potter and the Order of the Phoenix).  David Yates once again directs the feature-film. Yates became involved in making the series when he made Harry Potter and the Order of the Phoenix and he has remained director for each subsequent feature film (and ended up directing half of the films in total -- no small feat whatsoever).

The story picks up where the first part of Harry Potter and the Deathly Hallows left off. There is only a briefly shown clip from the final scene of the first installment to remind audiences that Voldemort (Ralph Fiennes), the enemy of Harry Potter and all who cherish goodness, now has the Elder Wand (the most power wand in the wizarding world).  Harry (Daniel Radcliffe), Ron (Rupert Grint), and Hermione (Emma Watson) must find the remaining Horcruxes that have separated segments of Voldemort's soul. This all leads (naturally) towards a final confrontation against Voldemort (who ruthlessly killed Harry's parents and countless other wizards and muggles).

Part 2 brings the audience almost directly into the gigantic and intense climax of the entire series but is wise enough to spend the first 30 minutes or so focusing on closing out remaining plot-points that needed to be resolved before entering the final stages of revelation, confrontation, and ultimately closure. Once the film begins entering that last leg of the entire series things become dramatically heightened to such extremes that it's one of the most thrilling and satisfying large-scale films to be produced in recent years. This is one epic conclusion that should manage to leave audiences feeling extremely satisfied.

David Yates has improved in many ways as a director over the course of his four Harry Potter films. While each film has had a share of amazing satisfaction and disappointment (at least for those who consider themselves true Potterheads) this is his best effort overall. The visual style employed within both parts is perfectly complimentary and when viewed together the flow seems to work very well, leaving audiences the choice of experiencing the full story of the conclusion as if it was one epic work. That was the right approach and Yates brings enough solemnity, excitement, and character moments together to form some genuinely satisfying results.  Harry Potter and the Order of the Phoenix and even Harry Potter and the Half-Blood Prince (which suffered from many alterations and cuts made by Steve Kloves' script) were incredibly well made too but the concluding act proves to be one of the most powerful cinematically.  In a short epilogue (which closely mirrors that which was written by J.K. Rowling) Yates even taps into the more sentimental approach of director Chris Columbus (who helmed the first two films).

There are moments in the screenplay that could have used some extra polish. Some extended moments with the characters in their final moments in the entire film series could have benefited the story and made things even more satisfactory. Fred and George, in particular, are relegated to very little screen-time and that was a serious disappointment. Other characters (such as Hagrid) are also awkwardly placed in certain spots and don't get the perfect curtain call. It almost makes one wonder if there is some missing footage that was cut simply to shorten the theatrical run-time and offer an extended version someday down the road.  Otherwise, some occasional bumps by Steve Kloves are noticeable. Many characters also die in the extended battle at the end of the film. Most of these characters aren't given an adequate send-off and only receive a brief shot of them lying dead. It's horrific, to be sure, but takes away something from their heroics and isn't entirely true to the way things played out in the book. This was no doubt a "casualty" of sorts from the film having to keep to a PG-13 rating. Kloves does keep most of the heart of the book intact and despite some complaints one might have as a devoted reader he still managed to do a solid job adapting the final novel.  At least the fan-favorite character Neville Longbottom (Matthew Lewis) received some glorious time to shine as another hero of Hogwarts School of Witchcraft and Wizardry. Was everything perfect? Nope. Yet so much of the film actually is.

The acting is one of the spotlights of the film, and Daniel Radcliffe proves how amazing he really is in the central role by grounding the entire story and making the emotional journey worth the wait because of his satisfying performance in Harry Potter and the Deathly Hallows: Part 2. Radcliffe carries the series to a grand finale and only someone as talented and dedicated as him could have seen this series through to the end. Emma Watson and Rupert Grint remain perfect for their roles of Ron and Hermione and when a special moment occurs between these characters it is truly satisfying and convincing. Fans will be happy! Alan Rickman delivered one of his best performances as Severus Snape and one can only hope that the Academy Awards recognize his stunning portrayal of the character this time around.  Overall, it is truly just fantastic to see so many supporting characters receive a brief moment in the spotlight again with actors who are fantastic at representing them.

Alexandre Desplat has outdone himself in composing one of his most moving and thrilling scores yet. While John Williams started the series with his own magical scores, Desplat has done a terrific job in bringing the Harry Potter scores back to a world of traditional orchestration and emotions rooted in music that perfectly complements the filmmaking. With the grace and beauty of Lily's Theme, this is another film score that can be placed as memorable and important to the overall power of the series. Music is often at the heart of why this series has been so fantastic. Desplat carries the heavy weight of concluding the film series with one of the best scores in the entire run.  It shouldn't disappoint those who love a good score.

It's hard to believe this is the final installment. The last time audiences will likely ever flock to a movie theater for another adventure with Harry Potter, the wizarding world's hero known as "The Boy Who Lived".  In my mind there is also another way to refer to this special being (because referring to Harry Potter as a character almost seems like a slight at this point; he feels like a friend to those who have experienced these stories). Harry Potter should also be remembered as "The Boy Who Loved".  The compassion Harry felt was something that extended to his closest friends and in a very unique way everyone became as close as family. Ron and Hermione were most especially, of course, his closest friends. What about Hedwig, Hagrid, Lupin, Dumbledore, Ginny, or indeed his actual blood relative Sirius? Harry cared for them all. Harry Potter was by nature someone who believed in fighting for friendship, family, and all of his loved ones. It's that kind of special magic that can't be reproduced through using a wand or crafting an incredible cinematic spectacle (which is exactly how I would describe Harry Potter and the Deathly Hallows: Part 2) that makes this a series which taps into the hearts and minds of millions of readers worldwide. With the immense love from his parents Lily and James (along with everyone who supported him to the very end) Harry returns the love with courage and compassion.

The magic lies in us and in the stories by J.K. Rowling.  This film still manages to serve as a reminder that some adaptations, despite various quibbles, can also result in a film experience capable of transcending time and become relevant for generations of moviegoers to come. This is a work of art and a work of magic to cherish. 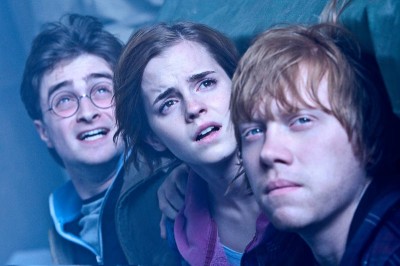 Note: Before reviewing the film, I decided to experience it in both 2D and 3D formats. I can say with no hesitation that nothing is truly lost from experiencing the film in 2D. The cinematography looks gorgeous and appropriate for the story. It's a beautiful and fulfilling experience. The 3D presentation does manage to offer some moments of worth to viewers as well though. It's unfortunate that as a conversion done in post-production it fails to look as captivating as films such as Avatar or Tron: Legacy but it does manage to add some feelings of immersion and depth in some of the sequences and may be worth shelling out a few extra dollars for to see at least once (especially if it's for a repeat viewing of the film in the cinema).