"Some velvet morning when I'm straight


I'm gonna open up your gate


And maybe tell you 'bout Phaedra


And how she gave me life 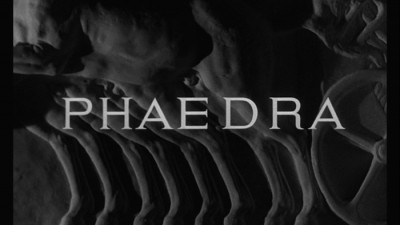 When ex-pat American director Jules Dassin moved to Greece in the late 1950s, he fully embraced the culture. Most of his movies that followed explored Greek life and the country's storytelling tradition, as well as serving as starring vehicles for his wife Melina Mercouri. Most notably, the pair made Never on Sunday, a tribute to their romance with each other and their shared country, featuring Dassin himself as the America tourist who falls for both.


The 1962 film Phaedra digs far back for the mythological story previously mined by Euripides for its rich and tragic implications. In the original tale, Phaedra has a tryst with her stepson and her husband's kingdom falls into peril. Dassin and co-writer Margarita Liberaki don't deviate too far from that central idea, they merely modernize. The alluring Mercouri plays Phaedra, the daughter of a wealthy tycoon and the wife of Thanos (Raf Vallone), a shipping magnate looking to make his way out of his father-in-law's shadow. To do this, Thanos wants to bring his first son from another marriage into the family business. Alexis (Anthony Perkins) grew up in England with his British mother, who was jilted after Thanos fell for Phaedra. The artistically minded youth has never forgiven either, but Thanos sends his wife to England to retrieve him, hoping her natural charms will change the brooding boy's mind.

The plan is perfect--too perfect. The sensuous older woman and the earnest younger man fall for each other, culminating in one passionate evening of making love. Dassin shoots this scandalous coupling as an elemental sex storm, with the illicit lovers flanked by fire and foregrounded by rain. Jacques Natteau's impressionistic cinematography artfully details the primal forces these two unleash. From here, their family will be tangled in a fate they cannot extricate themselves from. Phaedra and Alexis will try to deny one another, but will fail to resist their desires. Things go from bad to worse when the boy comes to Greece, thinking joining with his father will get him closer to fulfilling his base urges. Thanos will hatch a plan to marry his son to the boy's second cousin (Elizabeth Ercy), but the wrong match has already been made. 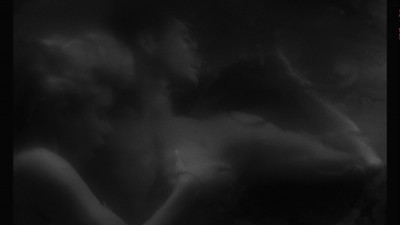 Phaedra is a movie with a fever. From the overheated performances to the ever-present music (composed and given local color by Mikis Theodorakis), the film heaves with lust and desire. Dassin finds a tone that emphasizes that the consequences of this forbidden dalliance aren't just inevitable, they are inescapable. The narrative is like a net, and the director is pulling the string, drawing his characters closer to their ultimate punishment. He photographs his wife lovingly, emphasizing her striking features and lighting her in ways that are flattering to her age. At one point, Alexis compliments her by telling her that she isn't beautiful, she is more unique than that, and compared to Hollywood actresses of the period, Melina Mercouri, who was only in her early 40s at the time of shooting, certainly fits that description. Her presence is stronger than her acting skills, yet Dassin's conviction that we won't want to stop looking at her proves to be true.


On the other hand, Perkins has both presence and real acting chops. He is excellent as the overanxious, hormonal college boy. He moves with fluidity, vacillating between earnest thinker and rebellious clown. At times, he seems to have more energy than he can contain; in other moments, particularly when alone with Mercouri, he smolders and implodes. His best scene may be his last one, however, as he rockets down a winding mountain highway in an Aston Martin, shouting at the top of his lungs, carrying on an invented conversation with absent tormentors. Alexis has come completely unhinged, but it's a different madness than Perkins portrayed in Psycho two years prior. Just further proof that he need never have been typecast as Norman Bates.


Perhaps the only thing that keeps Phaedra from being a great movie is its classic origins. Knowing what we do about Greek tragedy, there aren't a lot of surprises in store in the final act. Dassin handles the material well, but his treatment of the downfall of his characters is almost too cautious. Given the heat of the sins that brought them this low, their plummet toward the bottom is somewhat restrained. It's appropriately sad, but lacking in any shocks or heart-wrenching revelations. I wouldn't say it exactly runs out of steam, but Phaedra doesn't push through its conclusion with the same momentum it gathers on the way there. 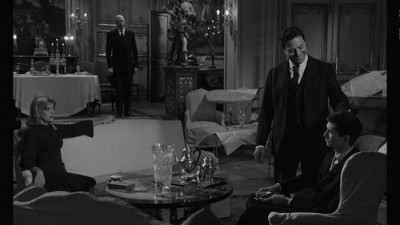 
Released through the MGM Limited Edition Collection, a manufacture-on-demand initiative, Phaedra is packaged as a blue-backed DVD-R with a minimum of frills. The image on the disc is widescreen, with decent resolution and overall clean picture. The balance in the black-and-white photography is fine, and there are only minor instances of hazy details or fuzzy edges. Really very good as these things go.


The mono soundtrack is clear overall, but not without its problems--though, some of those are not the fault of the DVD. The audio design is weird at times, with cavernous overdubbing that I think was intended to suggest mood and space, but ends up just sounding cheap and weird instead. The mix here mostly goes with the flow, though there are intermittent loud pops throughout the movie that can be more distracting than Dassin's poorly chosen effects.


Recommended. Jules Dassin's 1962 retelling of Euripides is a sensuous celebration of all things Greek. Phaedra stars the director's wife, Melina Mercouri, as the title character and Anthony Perkins as the stepson with whom she has a dangerous affair. The story is one of sex and consequences, and Dassin embraces its central metaphors and stokes their fires using arty photography and breathless pacing. Theirs is a feverish love affair, and the downfall that follows hits hard. Phaedra maybe can't maintain the energy it starts out with, but the performances are strong, the music infectious, and the overall staging is excellent. 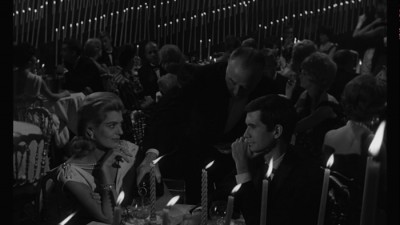