Don't Be Afraid of the Dark

Directed by the late John Newland, 1973's made for TV film Don't Be Afraid Of The Dark holds up pretty well more than thirty-five years since it was made. Sure, the fashions and hairstyles all betray the era in which it first aired on TV screens across the country, but that's half the fun of films like this. More importantly, the film actually tells a fun, creepy and cool little story within its seventy-five minute running time.

As the movie opens we hear strange and decidedly inhuman voices emitting from a creepy old house, the same house that meek Sally Farnham (Kim Darby, best known for playing opposite John Wayne in True Grit) and her money hungry businessman husband, Alex (Jim Hutton) have just inherited from Sally's deceased grandmother. After moving in, Sally hires and interior decorator who tells her that her grandmother won't be remembered for her good taste and who then proceeds to give the house a much needed makeover - but of course, there's a 'room' in the basement with a bricked in fireplace that the local handyman insists should not be reopened.

Sally, figuring this is her house and she'll do what she wants with it, decides that she wants a room with a fireplace in it and so she sets about opening it, but that night she's awoken from her sleep when an ashtray goes flying off the night stand. At first Sally thinks she's seeing mice but Alex kindly reminds her that the house was just fumigated, ruling out that option. When she starts seeing strange little goblin-like critters however, she starts freaking out. Alex, ever the sensitive type, figure's this is just some whacko-tactic that she's using to try and get him to pay more attention to her and spend less time at the office, tells her she needs to see a doctor. The goblins, however, are not just some figment of poor Sally's imagination, they're very, very real and it turns out that old handyman was right...

Very briskly paced, Don't Be Afraid Of The Dark might be a little derivative but it sure does make for good entertainment. Kim Darby and her bizarre rats nest of a hair style make for the perfect naïve housewife type and she plays her increasingly confused Sally very effectively. You buy her in the role and you buy her interaction with her husband as well, giving their relationship just enough tension for it to work. While the characters don't really develop much, their story is who with enough style and neat colored lighting effects that you won't mind so much.

The goblins themselves are also worth mentioning. In a day and age where, if this film were to be remade, they'd most certainly be CGI creations it's fun to go back to a time where creature effects were guys in suits - and that's just what we have here. The goblins (one of whom is played by Felix Silla of The Brood and Planet Of The Apes) rummage around the house quickly and skulk in and out of shadows, hide behind plants, and even have some fun with Sally's clothes before the movie is over with. None of it is particularly terrifying but it's entertaining enough particularly when Newland decides some of these scenes should be lit like outtakes from Argento's Suspiria. They speak in hushed, whispering voices and are prone to muttering 'set us free' over and over again - it adds to the film's already bizarre atmosphere quite nicely.

The whole thing builds to a conclusion that you won't see coming. Just when you think that the movie's going to take the easy way out it comes at you with a great twist which is likely a big part of the reason that the picture's maintained its cult following over the years. While it may not be a particularly heavy film, it's creepy, fun, and plenty entertaining.

Don't Be Afraid Of The Dark was released on DVD-R by Warner Archive a year or so ago and is now being re-issued (the upcoming remake obviously being the reason for this) in a considerably better looking version. The new transfer (and it is definitely a new transfer) is cleaner, clearer and considerably more colorful - it's also a fair bit brighter too, making those things that hide in the house that only Sally can see just a bit weirder than they were on the last version where you just couldn't see them as well. There are a few screencaps below to show the difference in the transfers - the original transfer is on top, the new transfer below it. The frames aren't exact but they are close enough that you can definitely see the difference. 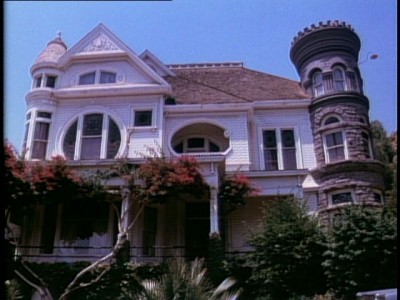 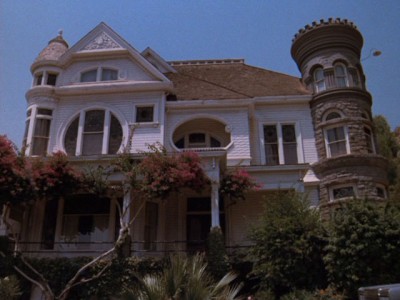 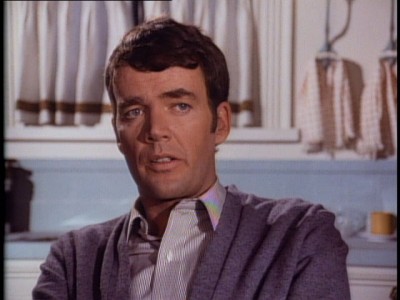 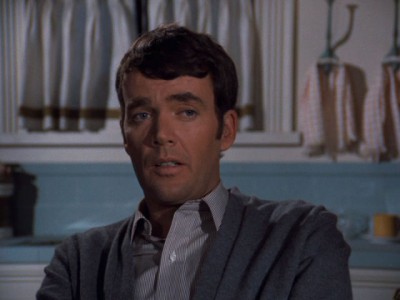 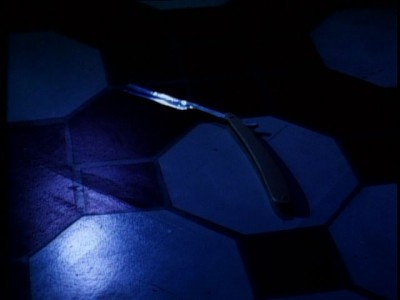 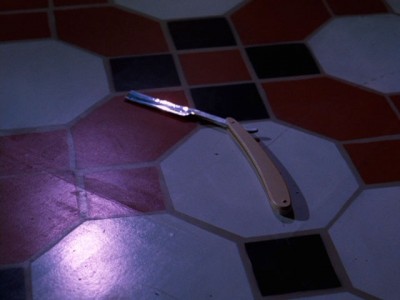 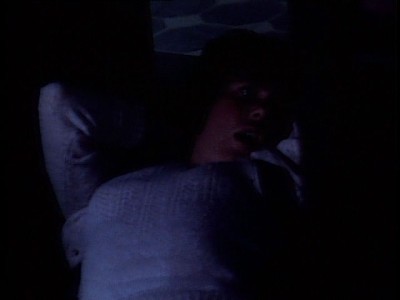 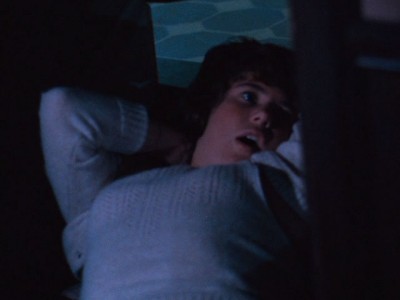 The no frills English language Dolby Digital Mono soundtrack is a bit on the muffled side when the film starts (those monster voices are a bit tough to make out) but this more or less smooths itself out by the five minute mark. The levels are fairly consistent and there aren't any problems with distortion even if there is some occasional minor hiss. Regardless, this is still an older, low budget production that hasn't been given a full restoration so don't expect crystal clear clarity - you won't find it here, but the track is serviceable enough. In comparison to the original release, any differences in the audio are negligible.

The previous DVD had no extras, this new release contains a commentary from Steve 'Uncle Creepy' Barton from Dread Central, screenwriter Jeff Reddick (of Final Destination) and Fangoria writer Sean Abley. It would have been nice to see someone involved with the film show up on the commentary, but that didn't happen. Regardless, these three guys know their stuff and they deliver their thoughts on the film with a sense of humor but also manage to offer some insight into this film, its popularity, and the whole 'made for TV' thing that was so popular in the seventies. A lot of this is just observational, but it's a fun listen and they make some interesting points about just how well done certain parts of this movie are and how well used the house is as a location. There's next to no dead air here at all, which is nice. Those looking for scholarly criticisms may not get too much out of this as they periodically poke some good natured fun at the movie, but otherwise this is a decent enough track.

While Don't Be Afraid Of The Dark may not be a deep film nor will it win any awards for originality, it's a fun seventies horror picture with some memorable moments, great camerawork and a genuinely surprising finale. This DVD-R reissue from Warner Brothers does offer up a noticeably improved transfer over their previous edition and a decent fan commentary to boot - which makes it the one to own (assuming they don't go back to the well a third time and offer a proper factory pressed release down the road).

Ian lives in NYC with his wife where he writes for DVD Talk, runs Rock! Shock! Pop!. He likes NYC a lot, even if it is expensive and loud.