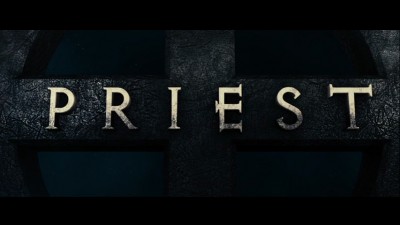 It is clear from the opening scene that Priest is adapted from a comic book. Its shots are flashy and sets are post-apocalyptically stark, but the action is often nonsensical and the characters are little more than sketches. Director Scott Stewart's Priest, about a group of elite warriors of the cloth who fight vampires, is better than his last film, Legion, which also stars Paul Bettany, but that's not saying much. Priest is throwaway cinema at its worst, and when its 87 minutes are up, you'll barely remember a thing. 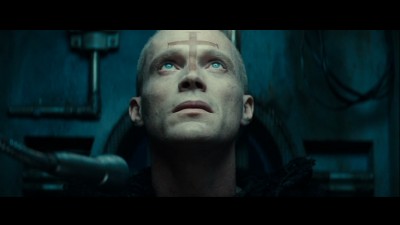 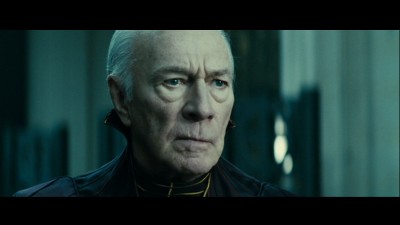 The film begins with an animated sequence depicting a perennial war between humans and vampires. Humans faced extinction until the Church walled off cities and created a deadly militia of warrior priests to hunt down the bloodsuckers. Most were killed, and the remaining vampires were put on secure reservations. The Church then turned its back on the priests it created, and cast them out into society as lepers. Only those that live outside the city walls are free from the Church's iron grip. After his niece Lucy (Lily Collins) is kidnapped by vampires outside the city, Priest (Bettany) and local sheriff Hicks (Cam Gigandet) enter the desert to get her back. 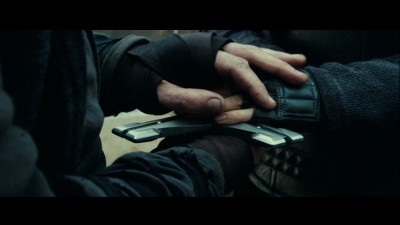 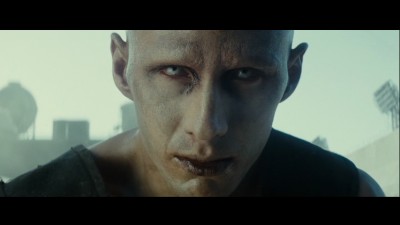 I've never seen the Korean comic that inspired Priest, but I hope it has more character than the movie. Priestess (Maggie Q) joins her old friend Priest on his hunt, and the pair discovers one of their own, now answering to Black Hat (Karl Urban), is leading the vampire resurgence. All this sounds cool enough, but none of it really is. With such a short running time, Priest feels like a series of unrelated events rammed together to make one disjointed whole. There's not an ounce of genuine emotion to be found, so it's hard to care who lives and who dies. 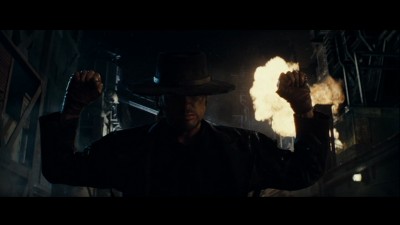 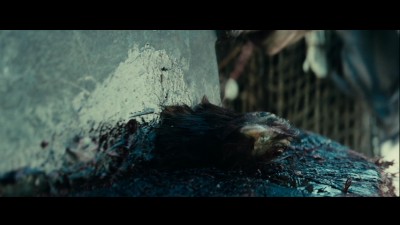 As in Legion, Stewart relies too heavily on cut-rate CGI. The vampires are oafish, fanged monsters, and they look like bad caricatures of the beasts in the Silent Hill videogame series. Many of the sets are completely digital, or at least have CGI extensions, and the drama gets lost amid the computer-generated scenery. As for the action, it is squarely PG-13 and surprisingly hard to come by. Even the vampire attacks are lame, and the creatures are not remotely scary. 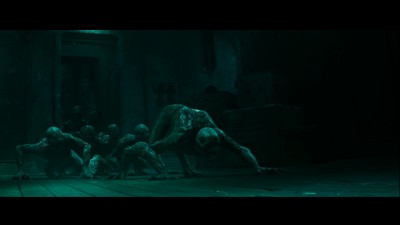 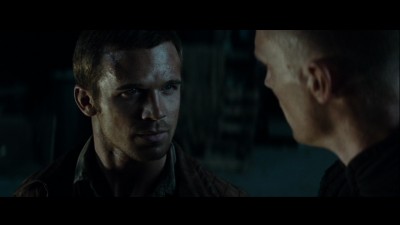 Priest never tries to tackle any heavy themes, and depicting the Church as a totalitarian body is about as serious as it gets. In keeping with the religious theme, the film has its leads complete ridiculous Sign of the Cross and folding of the hands gestures before engaging in combat. The power of Christ compels you, indeed. Stewart, who had a distinguished career in visual effects before directing, should look at finding better scripts. Priest is utterly forgettable junk. It may be too short to be truly boring, but it brings nothing to the screen that viewers haven't seen before.

The 2.40:1 anamorphic widescreen transfer is surprisingly underwhelming for such a recent release. I've noticed a lot of recent Sony titles appear soft and blurry on DVD, perhaps to make Blu-ray more attractive to any holdouts, and Priest follows suit. Detail is generally acceptable, but sharpness is often weak. Much of the film lacks clarity, and fast pans and action scenes look especially smeared. Priest is a dark film, and the blackness often crushes the action and robs the image of detail. Some of the softness may be a deliberate attempt by the filmmakers to mask the subpar effects, but the image's overall haziness cannot be ignored. On the up side, skin tones are accurate, and the film's cool color palette is well represented. Priest looks more digital than its 35 mm source suggests, but I noticed no egregious digital tinkering.

While the image occasionally flounders, the film's Dolby Digital 5.1 soundtrack stays above water. Dialogue is crisp and clean, and the track makes great use of the surround speakers. Action effects and directional dialogue both scream from the rear speakers, and the LFE is quite punchy during several of the more frenetic scenes. The score never overpowers the dialogue, but it sounds deep and layered. A French 5.1 Dolby Digital track and an English DVS track are also included, as are English SDH, French and Spanish subtitles.

Only the 87-minute theatrical cut of Priest appears on this DVD. Those looking for an unrated version will have to check out the Blu-ray. Sony includes a couple of decent bonus features, including a number of deleted and extended scenes (12:36), none of which make the feature any better. The Bloody Frontier: Creating the World of Priest (12:50) serves as the film's making-of documentary, while Tools of the Trade: The Weapons and Vehicles of Priest (11:26) takes a closer look at some of the props. Also included is a commentary with Director Scott Stewart, Writer Cory Goodman, Paul Bettany and Maggie Q. The track is surprisingly interesting, and the participants are clearly proud of the final product. I enjoyed the director's insights on turning a violent comic book into a film, and Stewart seems capable of making a better film than Priest. 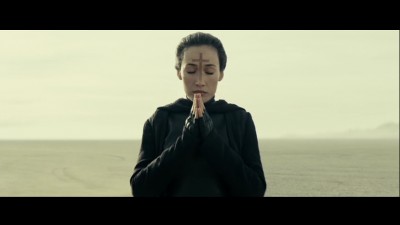 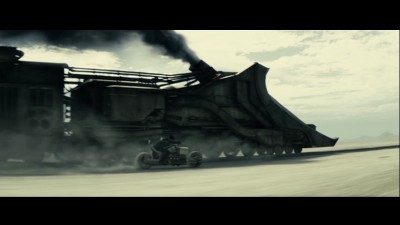 Priest had its release date bumped around several times, and ultimately received a post-production conversion to 3D for its theatrical run in summer 2011. Confined to two dimensions on DVD, Priest fails to elicit much excitement. Cardboard characters and stale action scenes keep Priest from achieving B-movie respectability, and I doubt anyone is begging for the sequel Priest hints at in its conclusion. Skip It.